This year’s event will host anime-inspired and Grammy Award-winning DJ Porter Robinson on December 30 and trap pioneer RL Grime on December 31.Supporting artists are yet to be announced, but given the caliber of last year’s list including Seven Lions, Zeds Dead, and Madeon, the possibilities are endless.

OMFG NYE is a San Diego staple hosted by LED Presents, the music event company that has brought Kaskade, Duke Dumont, and Chris Lorenzo to the gorgeous seaside city. 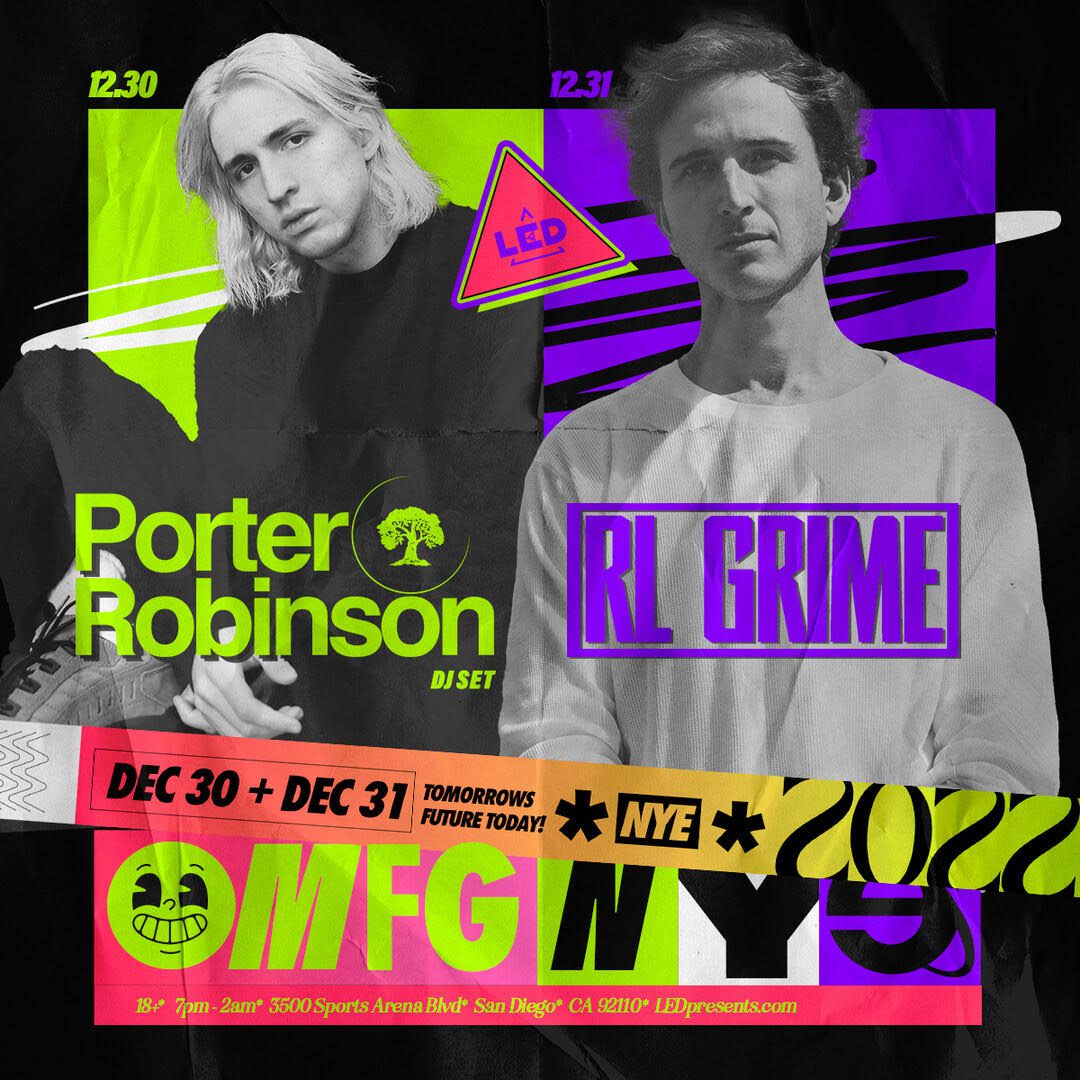 All images from LED Presents