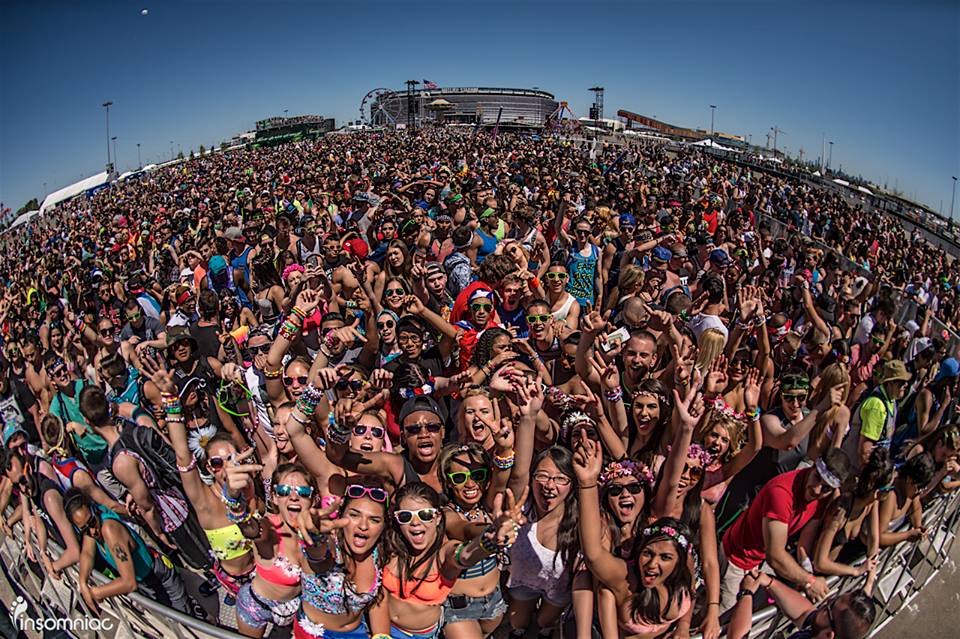 3 Ways EDM Is Paving The Way For Social Equality

Throughout history, social equality (and inequality) is a topic that has never left the conversation. Even though we have come so far here in America from dismal periods such as the civil war, movements like Black Lives Matter make it clear that there is still a long way to go. Given that these efforts for equality go far beyond outrage related to stories on the news, there is no simple path to success. Things will get better as they always have, but it’s never easy, and while the vast majority of people support these efforts, most people simply do not have the time or energy beyond their own lives to fully commit to them.

There is one thing that everyone can do help promote social equality though regardless of how much free time they have, and that is to reflect those ideals through everyday actions. While it may not seem like it from the outside, the EDM scene is full of people who want equality for all which is represented in a number of ways.

1. Diversity Among Artists And Fans Alike

Everyone who has had music affect their life in a positive way likes to talk about how music is the “universal language”, and from a broad perspective, this a true statement. It doesn’t matter where you come from, anyone can learn to appreciate any kind of music. However, music has always been heavily engrained in the location from whence it came. For example, rap was invented in America, and as such, almost every notable rapper is American. There are few exceptions that come from other countries like Drake (Canada), and the U.K. has developed it’s own prominent rap scene, but for the most part, the rappers who have defined the genre are American. Obviously the fact that rap is a primarily American product doesn’t mean it’s fanbase isn’t very diverse, but electronic music is the first genre of music since classical where artists from all over the world are equally viable.

House may have been invented in Chicago, but it invaded Europe in such a way that more than half the artists spinning main stage at American festivals are European. There are prominent figures in EDM that hail from all over the world, which has in turn lead to very rich regional scenes. Eastern Europe is a techno paradise, the UK redefined bass genres like Dubstep and Dnb, and America helped to seamlessly blend hip-hop and EDM. When it comes to rap, pretty much every country in the world is waiting on the next American release. By embracing EDM, the music scene has become more open to hearing music from all over the world which in turn leads to an equally diverse following. At rap festivals, you’ll never see a series of flags from countries all over the world, while that is a common sight at Ultra’s mainstage.

“United we are like all the summer stars.” Anyone in the scene will immediately recognize that line from Hardwell’s smash hit featuring Amba Shepard, “United We Are.” Pretty corny right? The lyrics in that song, like many EDM chart-toppers, follow a very basic, uplifting formula. But before all of Hardwell’s fans light up the comments section, it’s important to recognize that these overly simplistic lyrics serve an important purpose; they bring people together. Fact: lyrics are the number one most relatable part of any song. 99.99999 percent of music listeners aren’t educated in music and thus don’t understand the theoretical intricacies that actually make a song good. What they do know is what they like to hear, and if the only part of the song that they can actually grasp (the lyrics) is presented in a complex manner, it makes the music that much more difficult to enjoy.

With lyrics and themes like those from “United We Are”, it is very easy to enjoy the music, which attracts a much broader audience in addition to promoting positive ideals like equality and acceptance. Even the types of EDM all the naysayers associate with the scene like “Turn Down For What” serve that end because in reality, Lil’ Jon just wants everyone to have a good time together. There is a place in music for depressing verses laden with metaphors commenting on some bleak social construct, but that place is not at a rave.

Music, like all art, is just another form of self-expression. What draws a person to a certain artist is how well that person relates to what the artist is expressing. This doesn’t mean someone has to find some deep meaning in the lyrics either. If someone likes a song because it sounds cool, that still indicates a level of commonality with the artist. After all, that song was something they created in their head. If an artist is to last, what they express must be consistently relatable to a large group of people. That’s why artists gradually fade away, because it’s nearly impossible for them to consistently relate to different generations who view the world very differently. What doesn’t fade away though, are genres, and the reason is that genres are about more than self-expression, they’re about cultural expression.

Considering that fans of EDM have the absolute best time together, they don’t just understand that they’re equals, they love it.