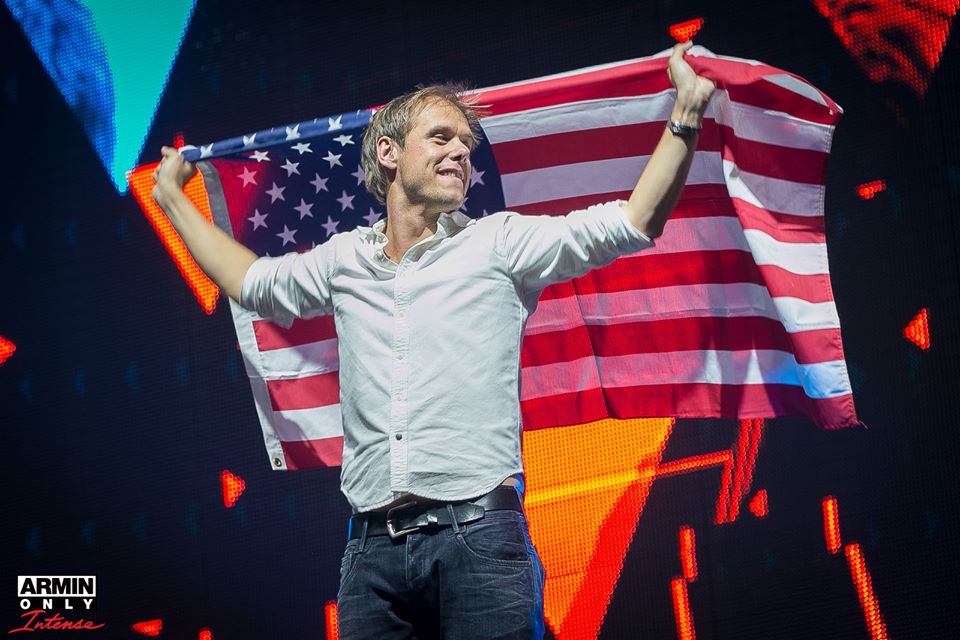 That very name strikes love in the hearts and minds of ravers everywhere.  In 2016, the “King of Trance” will be embarking on a new world tour for his latest album, “Armin Only: EMBRACE.” I was lucky enough to catch Armin in Los Angeles back in 2014 when he took his tour for his album “INTENSE” on the road. The Forum was full of good vibes as the TRANCE FAMILY came together for a spectacular show. Although ticket information hasn’t been announced just yet for the “EMBRACE” tour, I will be purchasing my tickets the second the go on sale. Check out these 4 reasons why you should be excited for the Armin Only Embrace Tour.

EMBRACE is the latest project in which Armin decided to change his sound up a bit. I really enjoyed listening to this album. Some might say it’s a little more radio friendly, which is fine by me. I would expect to see some special guests like Kensington, Eric Vloeimans, Gavin Degraw, Mr. Probz,  Sarah deCourcy and Lyrica Anderson at EMBRACE. They all appeared on this album, so you know Armin could totally have them make some special appearances along the tour!

Expect to be transported to another level at EMBRACE. I can say that because Armin pulled out ALL OF THE STOPS during his INTENSE tour. The stage was MASSIVE, stretching across The Forum. There were massive LED Screens, hundreds of lights, lasers, giant balloons, confetti, even trampolines built into the stage for the dancers! The visuals were on point as well. I didn’t expect to be blown away like this – but it was! This is how I know the production will be even better for the EMBRACE tour.

It’s just a night with Armin Van Buuren. No openers. No closers. Just 5+ hours of music delivered by the trance legend. Where else can you have this type of experience? You get just Armin, all night long.

It’s nothing but love at an Armin Only show. People come armed with Armin signs, totems and t-shirts, and a lot of smiles. You can bet Trance Family members will be in full effect at his shows across the world.

For more information and to register for updates on ticket sales, visit this link.