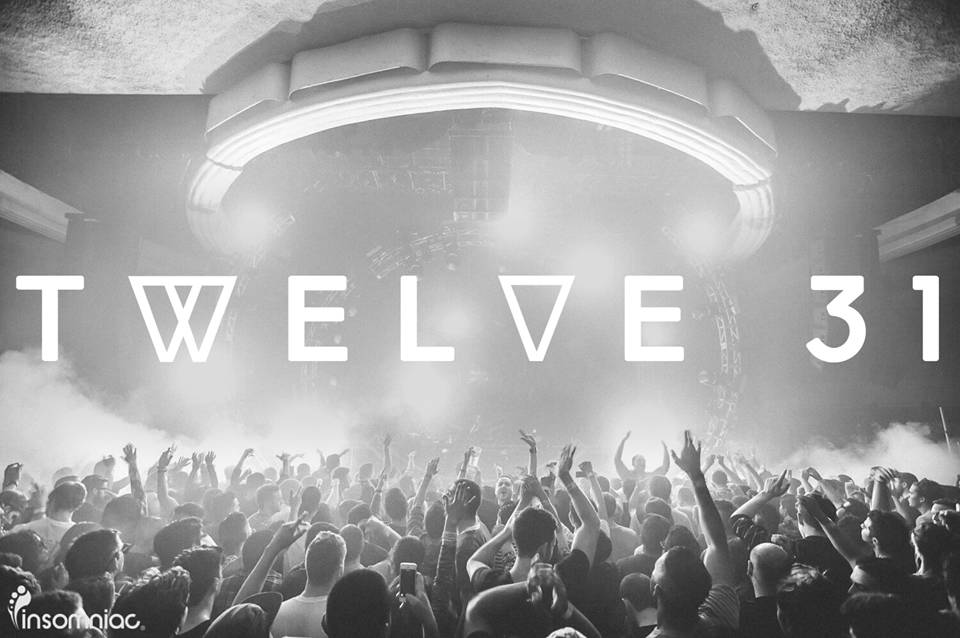 Underground is what most events will not be this New Years Eve. Except for Twelve-31 that is.

The inaugural 21+ event that is bringing the dark warehouse vibes with a mature feel is set to take over the Hollywood Palladium for a night filled with nothing but groovy beats. From dusk till dawn, you can toast to the underground with a soundtrack curated by only the finest in house music. That of which includes British duo Dusky that will be headlining the night alongside heavyweight support from Jon Charnis, Kidnap Kid, Booty House master Shiba San, and a b2b set from Tiga & Kenny Glasgow.

Resonating on the deeper end of the musical spectrum, Dusky which has released music on labels like Anjunadeep, Simple Records, and their very own label, 17 Steps, is known for their techy sounds that tend to progress into movie like scores filled with deep house adventures. Voted Best British Producers by DJ Mag in 2013, it is easy to see why as they are a true representation of their own mantra: ”to create music with soul, depth and originality.”

Jon Charnis is an LA native who is very quickly storming onto the higher realms of the underground world. With support from acts like Art Department, Tale Of Us, and many more heavyweights, it is only a matter of time before we see him headlining similar fests. On the subject of Underground, you can find Kidnap Kid somewhere blending the dark elements that house music has to offer with morose vocal samples meanwhile always creating a funky atmosphere for you to dance the night away.

Shiba San is the hottest Booty House master out right now. Proudly calling himself Dirtybird Records alumni, he is notorious for his track “Okay” which I have to say really helped shine a bigger light on the masterpieces that the underground world has to offer. Crowned the Best Underground Dance Track by the Winter Music Conference in 2014, he is on a roll with his transcending house beats that strive to keep you grooving like you’ve never done so before.

Last but not least, the duo going b2b for what is gonna be the most explosive back to back set The Palladium has ever seen. Tiga & Kenny Glasgow, who spent over 5 years as half of Art Department, often release progressive tracks that flow with ease. Chill and vibey sums it up in a nutshell. Find Tiga’s grimy side as he teams up with Boys Noize for an experience similar to the one you would have in a club that never stops in Ibiza. Kenny Glasgow you can find on the minimal side. So minimal you will start to wonder where your mind went as you drift off into the wonderful world of tech house beats.

As you may know, Insomniac Events is big for hosting EDM of all sorts. Whether it’s Big Room House, Trance, Dubstep, or even Hardstyle, they usually appeal to a more rave like crowd. This time around they have truly taken on something with authentic underground roots and a house centered focus. Kudos to keeping it real with the electronic music, Insomniac! I tip my hat to you guys for this one.

It’s never easy to commit to an event for NYE, especially in So Cal where every venue has A+ talent. Lucky for you, it is not every day you can find such a deep lineup roaming the streets on a bigger scale in the streets of Los Angeles. Take advantage while you can or brace yourself for the FOMO of the underground world. See you all on the other side.