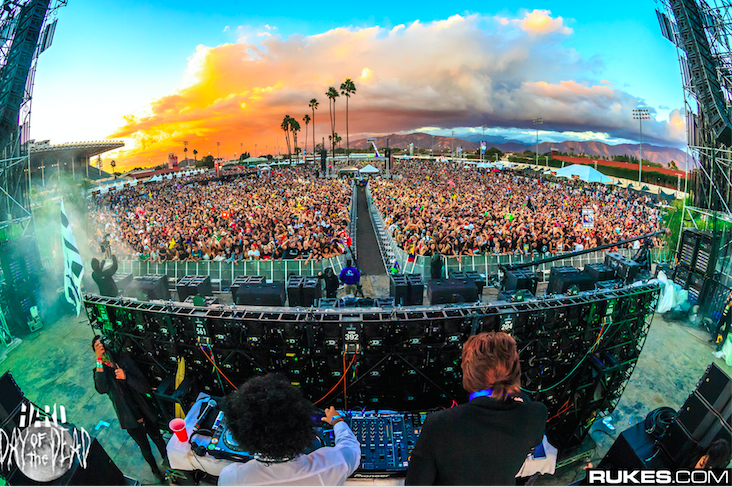 Whether you are a HARD Summer veteran or this is your first time around, you must have noticed the insane amount of talent on this year’s bill. You also may have noticed that producer Ten Walls was dropped from this year’s lineup after making ill-mannered homophobic comments via social media. For that, we commend HARD (and all the other festivals at that matter) for taking action and showing what the dance community is all about.

Brace yourself for another fun run with over 60,000+ dance music fanatics and a sold out edition of HARD Summer 2015.

Here are 5 acts aside from the obvious headliners (except for a very special one) we’re stoked to see at this year’s Hard Summer. Which ones are on your list?

What So Not
Purple Tent – Sun. @ 6:15pm
OWSLA alumni What So Not was the collaboration between Aussies Flume and Emoh Instead who caught this scene by surprise and played at Hard Summer last year as well. It was earlier this year that they decided to part ways but the purple tent will be nothing short of a feelsy bassline driven experience as Emoh Instead takes over Sunday afternoon. He will be dropping a set you will regret missing.

Mija
7up Tent – Sat. @ 2:05pm
Mija is the green haired goddess that will have your ass grooving like you didn’t even know you could. I was jamming to her recent mix for Hard Summer’s first edition of their Mixtape Series and I almost started c-walking shortly after grooving to some DnB. Talk about intense diversity. She is also bringing an explosive B2B set with Anna Lunoe to drop alongside HARD Heavyweights like the one and only Destructo a.k.a. Gary Richards (the founder & CEO of HARD Events,) and Brodinski plus some at the official Hard Summer after party. Mija has got her sight locked on and is charging with full force. Get ready.

Jauz
HARD Stage – Sun. @ 3:35pm
Jauz brings a full on shark squad everywhere he goes. This one doesn’t swim or have movies made after it but it will have you Feel The Volume in no time (see what I did there?) You’ve probably heard Feel The Volume on the nearest dance floor to you but that is only one of his many sound bombs. He has plenty of wub driven panty dropping tracks so it’s safe to say that HARD Summer is in preparation of total domination by Sharkboy. Watch him slay the HARD stage Sunday afternoon!

Valentino Khan
7up Tent – Sat @ 5:05pm
Mr. Deep Down Low a.k.a. Valentino Khan is gonna take you on one hell of a journey much like a metronome. From Trap to Hardstyle and even Prog. House, you will find Valentino is as diverse of a producer as he is a DJ. Also an OWSLA Alumni, you will learn to Trust In Khan after you experience that madness that is a clusterfuck of sounds in the best way possible.

With a just-released 8th studio album these guys are pretty high up on our list. We’re excited to see these guys in LA as they don’t play many festivals. Expect a set unlike any other to see what the fuss about. Trust me, you’ll know.

Who are you most excited to see? Let us know in the comments down below!