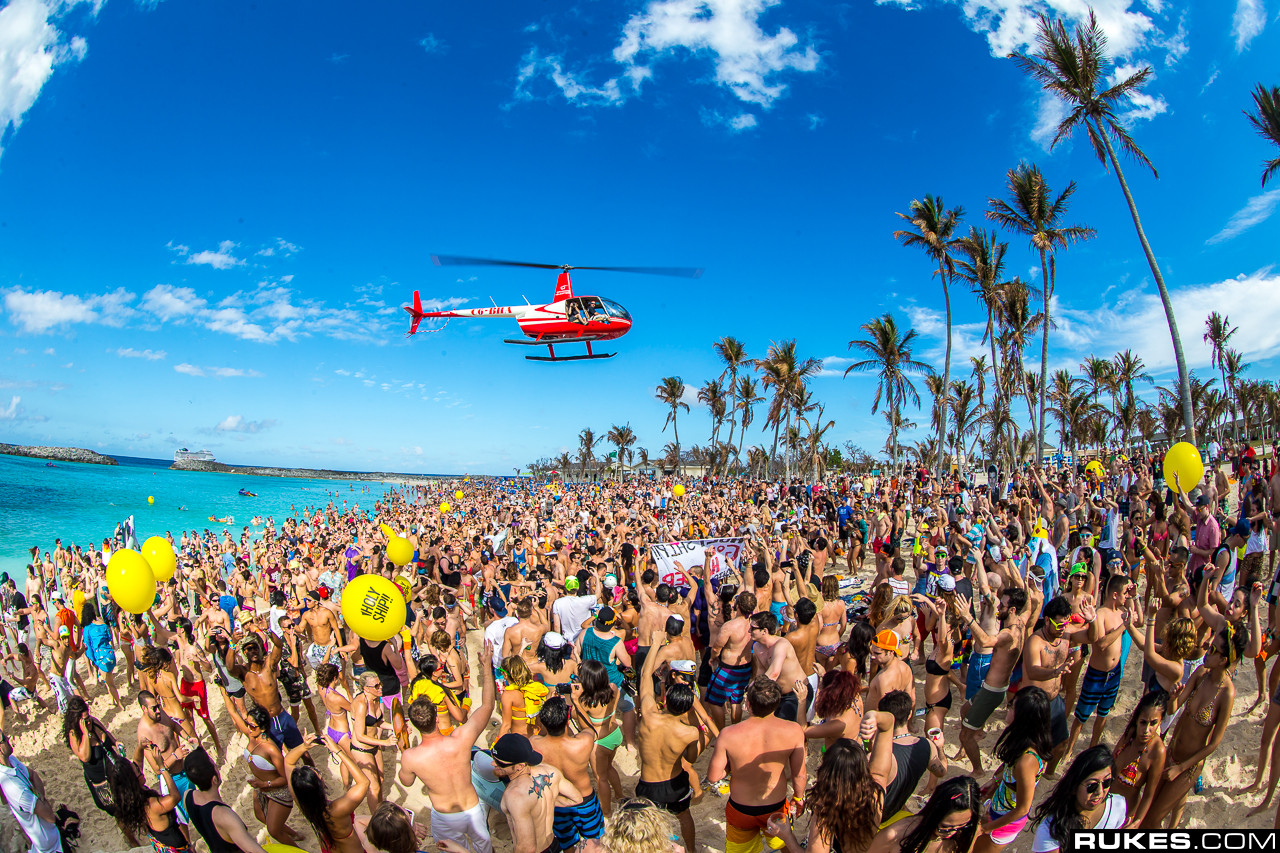 Here Are 5 Festivals You Can Attend Instead Of TomorrowWorld

Everyone may have saw it coming, but the speculation can now come to an end. As a result of their recent series of tumultuous financial events, SFX will not host TomorrowWorld in 2016. Although SFX originally planned to put the festival on this year, the horrendous situation created by the heavy rainfall last year which left thousands of attendees stranded over night without any access to transportation was enough to shake SFX to it’s financial core.

Even though the media was quick to cover the rain, refunds, and lawsuits, there are still thousands of festies out there who are sad to see Tomorrowworld go. Regardless of how many people have the worst experience at a given festival, there will always be a large portion of people who likely had the time of their lives. Now those people have to find some other festival to try and recreate the magic of Tomorrowworld. This is not an easy task as no two fests are identical, but here are few options for the people looking to fill the rave-void this season.

It might be a little too late this year, but trust me if you start planning for Ultra 2017 now, it’s bound to be just as great as Tomorrowworld. One of the reasons it’s especially hard to see Tomorrowworld go is because it was in a rare class. There might be a lot of festivals popping up all over the place, but there are really only a handful that truly rival Tomorrowworld in scale. Ultra is one of them. It may not offer camping like Tomorrowworld, which I understand is a big aspect of the experience, but if you want to be in a place where thousands of people have come to together for the love of electronic music while your favorite DJs stand under enormous lighting rigs, then Ultra is your best bet in the southeast. People in the region are actually kind of lucky as there is usually only one event of this scale per market. The southwest has EDC Vegas, the northeast has Electric Zoo, but for the years Ultra and Tomorrowworld overlapped, there were two in the southeast. Tomorrowworld’s cancellation may be tragic, but at least the people in the area have a well established festival to make up for it.

Quickly rising as a very viable mega-fest, Hangout Fest may not cater solely to electronic music the way Tomorrowworld attendees would like, but it’s impressive expansion over the last couple years has gone over excellently with fans and artists alike. Taking place in Gulf Shores, Alabama, which is about five hours from where Tomorrowworld was held, the fest offers a beachfront setting, luxurious VIP options, and a lineup that gets more and more stellar year after year. You probably won’t be enveloped in the same ravey-raverness as you would at Tomorrowworld, but how could anyone be against partying on the beach to Flume or Calvin Harris? (They’re both on the lineup this year.) Especially if tickets are over $100 cheaper on average. (Tomorrowworld started at 357 before fees in 2015. Hangout 2016 GA costs 269 before fees.)

If what you loved most about Tomorrowworld was Dreamville (the name they gave to their camping environment), then you’ll absolutely love Bonnaroo. As one of the most veteran massives in the U.S., Bonnaroo has years of experience curating not just a great lineup or a great festival, but an entire community. Other than offering notable artists from all genres like Ellie Goulding, Zeds Dead, and Pearl Jam, Bonnaroo understands that a festival can be so much more than just a bunch of artists and stages. Every year they organize an impressive lineup of comedy and other fun activities throughout the weekend including a fountain you can cool off in, an array of art cars which traverse both the festival grounds and the campsite, a cinema tent where they show everything from a game in the NBA Championship series to the new episode of Game of Thrones, and that’s not even half of what’s offered. There are few festivals where there’s enough to do outside of seeing bands that you could never wander into MainStage and still have the best time of your life. Bonnaroo is one of them. Plus, it takes place in Manchester Tennessee, which is only 3 hours from Tomorrowworld’s venue.

After someone spends a certain amount of time festing, one begins to realize the inherent similarities between them. Venue. Music. People. The reasons these events are all described as festivals is because of their similarities. As a result, you can kind of predict what a festival is going to be like before you arrive even if it’s in setting you’ve never experienced, or it’s centered around a type of music you’re not very familiar with. But according to every member of #Shipfam I’ve spoken too, Holy Ship is something that can’t be described. Apparently reading the schedule, looking at all the photos Rukes posts on his page, or watching YouTube videos of Claude VonStroke and Destructo going back-to-back at 7AM doesn’t come close to growing the fingernail that would be used to scratch the surface of what Holy Ship is. Here’s how a normal conversation goes between me and a member of Shipfam:

Lucky for the people who are in the same area as Tommorowworld, Holy Ship only sails from Miami. While people on the West Coast either have to add the price of a road trip or a plane ticket if they want to go to Holy Ship, frequenters of Tommorwworld only have to drive a few hours.

5. Any Festival You Want

To all the people who love Tomorrowworld like it’s a member of your family, this might seem like the worst thing that could possibly happen. When a festival is cancelled for one year, the chances it will never return go up exponentially. Especially given SFX’s recent financial turmoil, it’s even more likely that the only festival with the word “Tomorrow” as part of the name will once again be found in Belgium. However, to help assuage your distress over never experiencing your favorite festival again, I will refer to a quote that is often found on Instagram written in a flashy font:

“Sometimes things have to fall apart in order to make way for better things”.

10 years ago, if your local fest was disbanded, then you were basically out-of-luck. Today there are so many festivals. It’s very likely there are at least three happening on the very same weekend as Tomorrowworld, so you’ll be fine even if that’s the only weekend you can get work off. Festivals are also one of the best things to plan a road trip or a vacation around, and they take place all over the country. You could visit a new city, or even a new country, and attend an awesome festival while you’re there. I’m sure Tomorrowworld will always have a special place in your heart, but the fact is with so many festivals popping up, there’s a huge chance that you’ll love one of them just as much or even more than Tomorrowworld.