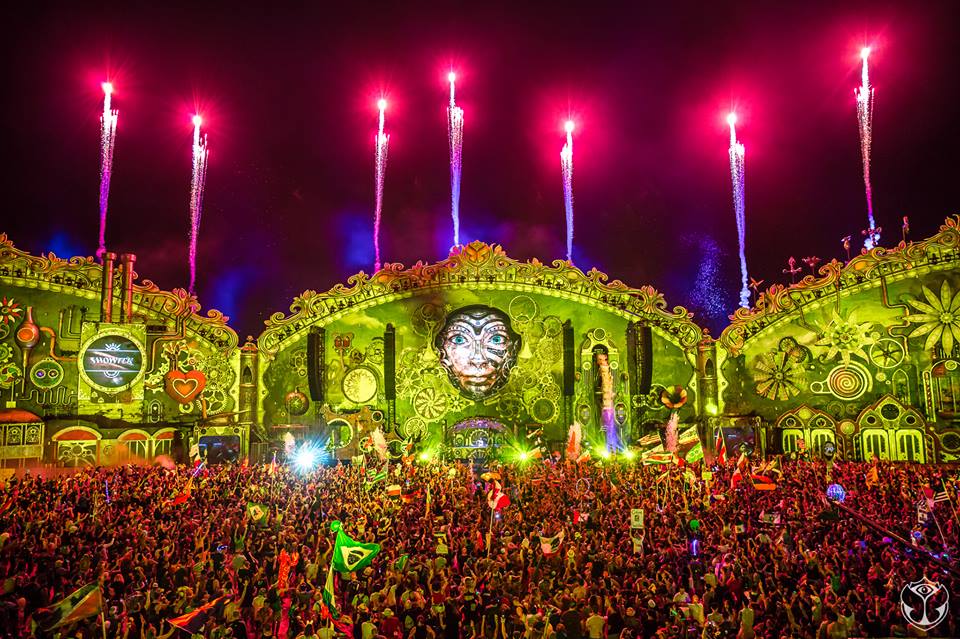 An Open Letter About Our TomorrowWorld 2015 Experience

By now, you’ve washed all that mud off, unpacked your wet clothes and are getting back to normal life following a wet and wild TomorrowWorld 2015. The festival in the Chattahoochee Hills of Georgia came to a controversial close as campers left Dreamville on Monday morning.

You’ve probably seen the pictures of people covered in mud and camping in puddles because of 3 days of rain. You’ve also heard about the thousands of people who were stranded trying to get a shuttle back home on Saturday night. Many people were forced to walk for miles, as shuttles refused to enter the venue due to mud-covered and unsafe roads. As a result, the festival decided to refund those with Sunday passes and blocked access to those who were not camping in Dreamville. Organizers say they did this for safety reasons. Only those camping in Dreamville were allowed to party on Sunday, the final day of the festival.

Here is our take on the festival and aftermath.

This was my third time to TomorrowWorld. I have attended since it first came to Georgia in 2013. Being a “TomorrowWorld Pioneer,” I’ve had experience camping in Dreamville and insight on how to survive the multi-day festival.

First, I was prepared for the rain and wet weather. I checked the forecast every day before packing. I made sure to pack extra socks, jackets and shoes because I know the grounds were going to get messy – and muddy. I threw away 3 pairs of shoes and a number of articles of clothing as I didn’t want to fly back to LA with them. I made sure to pack things I could throw away to make my life easier.

My group of 20+ set up camp in Dreamville before the rain started to fall. It picked up as some of us decided to go to The Gathering, the party on Thursday night for those camping in Dreamville. We brought out our ponchos and rain boots and danced in the rain to Tujamo, Black Tiger Sex Machine, Yves V. and Headhunterz. The rain didn’t stop us from having fun. In fact, after an hour of dancing in the rain we somehow got used to it. Ultimately, we decided that we could either complain or take the rain in stride. Many people who were unprepared even came out in trash bags just so they could rage to some sick sets. We left during Headhunterz because we were upset that he didn’t drop any hardstyle for the 30+ minutes we saw him play. We then headed back to a very wet camp. At this point the rain was falling pretty heavily and we had to re-arrange our tents and chairs a bit to keep things dry. We tried to wind down and go to sleep around 6am to the sound of pouring rain.

It was nice to actually have the rain, as it kept the dust down, spiders stayed away and our tent stayed cool.

Friday morning, we surveyed the damage from the rain, which was still falling. Our camp was slowly turning into a mud pit, but we just kept on smiling. Why would we let some rain and mud dampen our spirits? We came all this way and knew we were going to make the best of the weekend.

My crew then got dressed and we headed into TomorrowWorld. I was happy with the new stages this year, including the Boat Stage which was on the water. After attending TomorrowWorld for the past 2 years, I’ve learned the layout of the festival and knew which stages I wanted to be at all weekend. We stayed inside the enclosed tent stages for most of Friday so we could stay dry..and that worked! Plus we saw some amazing sets.

The rain continued to fall through the night and into Saturday.

There was a lot more mud and puddles when we woke up. But again, we simply adjusted our tent and living area once again to ensure everything stayed dry.

Saturday was a great day as the rain eventually let up late in the evening for a bit. We spent the day running from stage to stage, stepping in mud the entire time. To be honest,  I kinda wanted to see a mud fight or participate in one.

On Sunday, we were energized after getting a few good hours of sleep. We were dry and ready to rave.

As we headed into the festival, we noticed that hay and wood chips were spread on the mud-soaked ground. I was SO HAPPY to see the hay and bark, as it helped keep your shoes from being engulfed in mud. Many people questioned the hay being used so late in the festival. Well, if they had placed all the hay and bark on the grounds in the rain, it would have soaked up the water and mud, making the situation even worse. It was a great call to wait until the ground soaked up some of the water before placing hay everywhere. Rain creates muddy conditions on open fields when you have thousands of people marching through it. Imagine if 2 inches of rain fell at Coachella, it would have resulted in the same muddy mess.

We shut down Sunday with Armin Van Buuren and that was the perfect ending to a perfect weekend. I still get emotional thinking about how much fun I had with some of my friends during Armin’s set. Though the festival had closed three stages, the festival had this ominous feeling. The feeling that though many people were missing. Those that were able to enjoy the last night did it to celebrate and honor those that couldn’t be there. We’ll never forget that sense of unity within the festival that Sunday evening and it will stay with many of us for the rest of our lives. To those people weren’t able to join us, we promise you were in our spirits.

It was only until Sunday night that we heard that thousands of our fellow ravers were stranded in the forest with no water and no where to go after the festival ended. In fact, most people at Dreamville had no idea what was going on outside of the campgrounds. Had we had known, we would have personally gathered our group of friends, flashlights and bottles of water to help you out as much as we could. To hear what people went through absolutely devastated us and left us feeling helpless. To the people that were left stranded, we thought about you all night Sunday and wish we knew what was going on. We want you to know that.

Back at camp, we partied with our friends until sunrise. It was awesome. Dreamville was partying till the wee hours in the morning and there was a huge dance party taking place. People were happy, people were celebrating. The feeling of walking around Dreamville was the most electric feeling that I have experienced. Sunday night proved to me that despite the weather and despite the inconveniences of the weekend, people came together to support each other in times of need. I can’t even tell you how many people were offering free food, their tents or even warm clothes to those that needed it. Yes there were tents with their own personal lakes and it was a complete and muddy mess, but that didn’t stop people from dancing around and embodying the very spirit of the festival.

Like most, I was smart and packed my bags before entering TomorrowWorld on Sunday so I wouldn’t be rushed to make my 12:30pm flight.  I almost didn’t make my flight because of the lack of shuttles and the insane line of cars trying to get out of the festival at 9:30am. I fortunately made it to the airport with time to spare. When I boarded, I saw TJR sitting in first class. I wanted to take a picture with him, but thought he was probably tired from performing at the festival, so I left him alone. I made it home on Monday at 3pm where I had a 30 minute long date with my shower. Sorry California drought, but it was needed to wash all the dirt, mud and sin off.

For me, part of the whole “TomorrowWorld experience” is camping in Dreamville, despite some of the conditions. There is seriously NOTHING else like it. Campers run wild all night, singing, dancing and partying until the early morning. There is always something to see and do in Dreamville. Camping also keeps you on site without having to travel anywhere.

For those who were stranded, I can only imagine how mad you were. I would have been in the same position if I didn’t camp. I advise anyone thinking about attending this festival in the future to camp. Even if you don’t like camping, it will take you out of your comfort zone and allow you to meet people from around the world who love dance music just as much as you. It will also make your life much easier.

Yes, there were problems with transportation and communication. Yes, it was muddy and wet. Yes, some of the workers hired to staff the event weren’t helpful. Yes, the General Store ran out of some supplies. But, if you came prepared with positive vibes, you wouldn’t have let any of those issues slow you down or stop you from dancing and having a good time. I had one of the best and most memorable festival experiences of my life because we all took everything in stride and made the best of the situation.

I know thousands of others had the same experience as myself, and I applaud you for still having the time of your life at TomorrowWorld.

And to our thousands of friends who were left cold and in the middle of the forest, your energy and your spirits are commendable. Your willingness to not give up, to find a way home and to make the best out of a terrible situation did not go unnoticed. You are the real MVPs this year, and you are the real stars of TomorrowWorld. You are the people that made TomorrowWorld history, because you persevered and because many of you found a light at the end of the tunnel. You should be very proud of yourselves.

We hope everyone who went to TomorrowWorld made it home safe and sound. Thank you for making this a weekend to remember despite some of the negative things people are saying. Thank you for sticking it out and thank you for not giving up. This festival would be nothing without you, it’s devoted fans.

We look forward to seeing all of you at a festival again very soon.