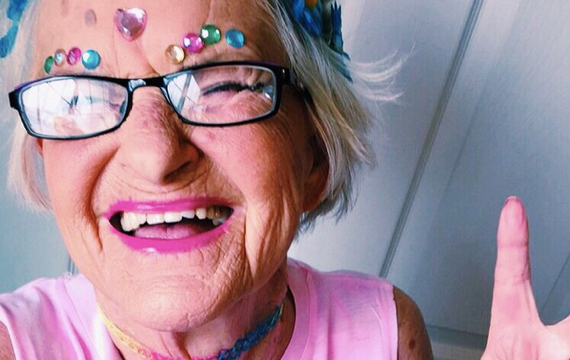 You’re at a festival. You’re watching you’re favorite artist. You’re surrounded by friends (whether you’ve known them for five minutes or five years). You’re making an absolute fool of yourself to the point that the adage “Dance like nobody’s watching” takes on a whole new meaning. Then for just a brief moment, you jump back inside yourself, take a look around and realize that everything about your life in this moment is perfect. So much so, that you whisper to yourself, “I’m going to do this forever.” That is a feeling that every raver knows all too well, and if they’re really determined, it is indeed possible for ravers to keep raving for years to come. Here are a few solid tips to staying in the scene long-term.

Ever hear of the stories where a person is so inspired by something that they decide to dedicate to their life to it? I’m sure you have. It’s not uncommon when referring to figures in artistic fields. Kendrick Lamar has said many times that once he heard Tupac, he knew his calling was rap. Well, one very clear example of a success story that’s centered around raving comes in the form of Pasquale Rotella. He started raving at a very young age and immediately he knew that was how he wanted to spend his life. Now not only does he run one of the most influential EDM brands in the world, but you can still see him at raves partying with the headliners. It might not be realistic to expect to find that much success through raving, but it goes to show that one of the best ways to stay involved in the scene is to give back to it. Other than the numerous volunteer opportunities that these events offer, someone could very easily become involved in another aspect of the scene. Events companies like Insomniac are real businesses after all, and they need a lot more people than the ones picking artists or designing the stages. Think about all the sponsored brands you see around events too. All of those companies need numerous different types of employees, and if their brand is seen at a festival, it’s likely a perk of being high up in any part of the company is being able to attend if you so choose.

Some of you reading this might immediately assume that the heading of this section refers to health within events, i.e. knowing your limits, being safe, staying hydrated, etc. While these things are very very very important to being able to attend a festival or rave, it’s also important to take into account your long-term health. As many people age they begin to lose touch with how they take care of themselves, and one thing that is very important to raving even if you’re sober as a nun is stamina. If you steadily gain weight and otherwise disregard your health, raving becomes very difficult simply because of how hard it is to stay awake and stay active during an event. To truly enjoy a festival, you pretty much have to be on your feet most of the night, and if you’re so out of shape this becomes nearly impossible. So if you’ve been looking for that extra incentive to eat something besides McDonald’s, think about how much you want to keep raving.

Some people seem to forget that beyond all the scandals, LED toys, and tutus that this scene is centered around music. Granted, there are plenty of people who attend these events without regard to the lineup, but by doing so, you reject one of the most important factors that makes a festival unique. No two lineups are 100 percent identical, and by staying current with new artists, you will find there’s much more incentive to keep raving. A common reason for someone to cease their rave career comes in the form of four words: “Been there. Done that.” Well even if you’re going to EDC 2050 and it’s still at the speedway, there will always be a certain number of artists playing their first EDC that year. So even you go to EDC every year from now until then, something you couldn’t possibly have done at EDC until then was see those artists. Trends in music are constantly changing, and if you can keep up, you’ll discover that new great artists are always coming out. By continuing to rave, you’ll always be experiencing those great new artists.

One thing that I’ve discovered in life is that intentions are very important. It might not seem like it, but by consciously or even subconsciously setting intentions you find yourself acting to fill those intentions. The important thing to remember is not to force anything though. When it comes to raving, you aren’t required to attend every festival you can to be considered a raver, and you shouldn’t feel obligated to do so. If you have to take a month or even a year off in order to take care of other parts of your life, do it. Don’t be ashamed and think of yourself as a bad raver. If you intend for raving to be a part of your life forever, you will find yourself taking steps to make that happen. For instance, if you take four years off from raving because you need every penny you can get for college, but you spend that time and money on a degree in business, you could find yourself after graduation with a new job that pays very well, allowing you to go to any rave you want. Or you could even have the skills and knowledge to start your own events company and eventually be putting on raves all over the world. I believe that if you’re honest with yourself with what you want, and recognize the opportunities in front of you, you’ll get what you want. If all you honestly want to do is rave, focus on making it happen and you will.

While you may see the occasionally over-fourty something at a rave, it’s almost impossible to deny that raving is associated with young people. Young people have more free-time, less financial responsibilities, and are much more physically capable of meeting the demands of an all-night rave. However, if you are dedicated to being one of those over-thirties or even an over-forty, the most important thing to do is to be proud of it. Yes, you might feel out of place among a bunch of people over ten years younger than you, but raving is all about the freedom to be who you are. Own it! If you’re an old school raver who still goes wild when you hear dubstep, own it. It’s the best way to hold on to that feeling you had 15 years ago when you didn’t want anything to change.