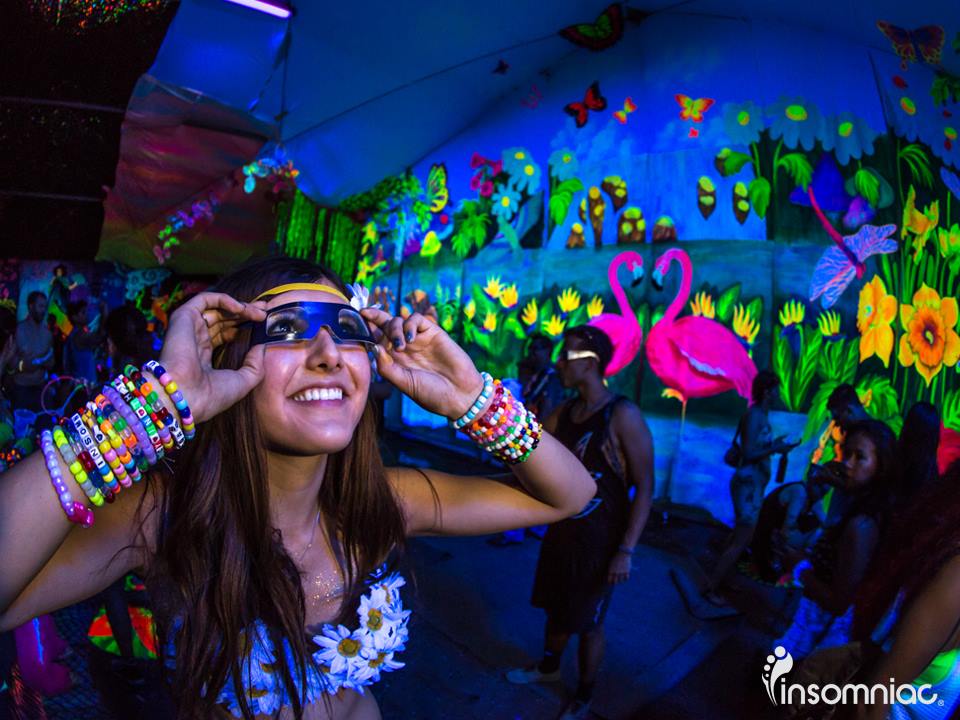 5 Kinds Of Amazing People You See At Every Festival

Throughout my entire life I have always worked in large public venues. Whether it was my summer job ushering at the world famous Hollywood Bowl, working in food department at Universal Studios, or getting a few weeks of pay at Macy’s for the holidays I have always been paid to be in saturated environments. Other than witnessing literally hundreds of amazing performances at the Bowl, there was only one real advantage to working in places like was the opportunity for people-watching.

I have interacted with people from all over the world, from almost every background imaginable, and had to decipher english through countless different accents. If you approach situations such as these with an open mind, the amount of interesting stories and amusing anecdotes are literally endless. Even if you’re comfortable with being a wallflower, just observing people’s body language and the way they interact with each other has a novel’s worth of information.

Yet after working in such a field for over six years, I’ve come to the conclusion that there isn’t another situation better for people-watching than a festival. The goal of people watching in my opinion has always been to get a glimpse past the shield that everyone naturally puts up in a social situation. Men, women, teenagers, adults, it doesn’t matter what kind of person you are, almost everyone on Earth approaches the world with a level of caution, simply because most people aren’t ready to show the world who they really are and the world isn’t ready to see who you really are. At a festival that shield disappears. You are in a place that’s free of judgement, free of restriction, and free of stereotypes. When you observe people at festival you are looking at their soul in its rawest form as possible.

While it is true that everyone is very different from one another, and another reason festivals are so great for people watching is because they attract such a diverse crowd, there are certain types of people that you will see at every fest, big or small. As 2016 is upon us and the season is approaching ever faster, here’s a few people that, if you notice them, it might be a good idea to keep an eye on for a minute or say “hi”. You never know what could happen.

The Guy Who’s On One

Every festival has “that guy”, and it doesn’t matter if “that guy” is wandering around aimlessly unable to speak, thrashing in the crowd at in appropriate times, or simply losing his mind to the music in the most authentic way possible, the only thing that is certain is that he (or she) is high on something besides life. Hopefully when you cross paths with this person it’s not because he shoved you out as he tried to evade security, but either way, everyone who enters festival grounds throughout the season knows that they are places where this kind of behavior is to be expected. If you run into someone in that state of mind who’s not directly worsening your festival experience, it’s definitely entertaining to watch. When people consume mind altering substances, their inhibitions dissolve faster than an ice cube on the sun if they realize it or not, and if they’re acting in a positive way, you are literally viewing someone at their complete happiest, which if you think about, is very cool. They don’t care that you’re watching and they don’t care what they look like, they only care about feeling good and their actions are the most fundamental interpretation of that.

The Veteran Old Guy Going Harder Than Everyone Else

Many newer festival goers don’t see this one coming, which from a certain point of view I understand. Back in 2012 I was at EDC Vegas with a few lady friends all dressed in the most minimal attire imaginable. All of a sudden as we’re raging to Emalkay, this old guy in his mid forties breaks through the crowd going harder than any of the twenty-year-olds around him. The girls were admittedly uncomfortable in their skimpy outfits with this old dude right there, but I could tell he didn’t notice them at all.

He was feeling the dub.

For those of you that don’t know, Emalkay is one of the most legendary UK dubstep producers who has been going strong for over ten years now, so it was obvious that this guy was an old-school dub head. As a young people who are likely in some of the best shape of their lives, its hard to believe that people have been going to these festivals for over 20 years. Granted they were much smaller back then, but the overall idea still remains the same. Music. Art. Love. When we’re younger the idea that we’re going to have to slow down that kind of lifestyle is engrained into out minds by our parents in an effort to protect us, which is admirable.

However, you’ll find someone at every festival that has been getting weird and staying up all night for more than half of their lives. Not everyone can do it, but those who can are always a sight to be seen.

This one isn’t as common as you might think. At the huge raves like EDC you’ll see the guys in Speedos and the girls, but other than that, the true nakedness is reserved for the full on camping festivals. A common image of a Woodstock attendee fifty years ago is some naked hippie rolling around in the mud, and as festivals like Burning Man and Symbiosis echo that environment, that’s where most people feel like clothes are unnecessary.

Although, as these types of festivals become more popular, promoters are under more and more pressure to address nudity, as many people (especially the ones bringing their children) would rather not have a ton of naked people running around, which is fair. On the other hand as these strictures are becoming more enforced, it speaks to the mindset of those willing to strip down despite them. It’s not the same thing as the bros showing off their muscles at Coachella, people in that scenario see nudity as a connection to the environment.

Humans are the only animals expected to wear clothes, and the people who frequent festivals don’t think much of societal standards like that. To fully embrace that point of view is really admirable. The number of 100 percent naked people is tiny, but the less someone is wearing at a transformative festival, the more likely someone is to really show you who they are.

They obviously feel like they have nothing to hide.

These are some of the fun ones, and yes, you can find amazing costumes outside of Halloween events. It doesn’t matter if the person is dressed as a familiar character or not. With a little creativity, a group of people can create a whole new attraction at a festival just by coordination costumes. At Symbiosis Gathering this year, I was walking back to camp during Thugfucker’s set, and a guy dressed as a green lizard ran right past me, except he was’t just dressed as a lizard he was acting like a lizard. Scurrying from one group to the next. Jumping back if people made sudden moves. Then, seemingly out of nowhere, a red and blue one ran right past me. All three of them were holding down their lizard impressions until a little down the road I hear a woman say, “come here my darlings,” in a polished german accent and all three of the lizard-people rushed to her side and began circling her as she stroked their heads affectionately.

Now, this was definitely one of the much more thought out costume ideas I’ve seen (I’m still not sure if they were part of the festival or not) but festivals inspire to people to really embrace their costumes like that. Even if it might not appear like they’re acting like their costume, the reason why they’re dressed like that is bound to be a funny story.

We’ve all been there. Fumbling through the map, desperately trying to make a call, a generally confused look. If it’s someone’s first time at a festival it’s obvious. Most of the time, they don’t understand just how vast and immersive a festival really is or how easy it is to lose everyone you came with.

The next time you see a lost little bird wandering the grounds, just remember when that was you and how dope it would have been to have a pro give them some guidance. You’ll make their day. Hell you might even make their weekend.