Electric Forest is one of the biggest, most diverse EDM festivals in the game right now. It gets its fame for not only having a killer lineup year after year, but also for the crowds and the magic that happens throughout the Forest.

The people at Electric Forest are notorious for embodying the values of PLUR and the Forest always has so many special secrets to offer. Check out five of EDM Maniac’s favorite things below that made Electric Forest stand out this year.

Something super unique to Electric Forest is the RV sets that happen in the campgrounds late night. This year DJs John Summit and Jesse Kardon, aka Subtronics, took on the EVOL bus on Saturday night for a surprise B2B and it was insane! Hundreds, if not thousands, of people showed up to the RV stage to watch the two go head to head.

It ended up being one of the most anticipated sets of the weekend and it wasn’t even planned! Jesse brought some insane bass drops that made every headbanger go crazy and Summit had me dancing well into the morning. I was speechless watching one of the biggest dubstep artists play alongside the king of house with such immaculate energy. I’m so glad I got to witness this RV set (and John Summit’s bass face).

During the midst of Electric Forest, when barely anyone had cell phone service or access to social media, news spread that Roe v. Wade had been overturned. Typically, I like disconnecting during a festival but this was way too big and way too important to ignore. The news broke just in time for GRiZ‘s headlining set. GRiZ ended his set a couple of minutes early to speak on the topic. The artist spoke:

“It is really important that us together, we like-minded people talk about shit that pisses us off. Shit that we want to change together as people. Because this collective of people together has some loud mother fucking voices, I’ll tell you that much.”

GRiZ gave one of the most spine-chilling speeches I’ve ever heard at a festival. It became quite clear that a fire was ignited in Electric Forest’s soul.

Throughout the rest of the weekend petitions were passed around, donations were collected for Planned Parenthood and numerous DJs displayed empowering visuals during their sets that read things like “Men should not be making decisions about women’s bodies.”

Like many of people in the rave community, festivals are my home. Festivals are where I come to release trauma and heal. The support and togetherness at Electric Forest made me so damn proud to be apart of the EDM community.

I felt so safe. I felt so heard. I felt so strong. I felt like my actions mattered. To see so many beautiful people coming together to support woman-identifying people and their rights was something I truly will never forget.

3. Shebang: Show Of The Weekend

I don’t know how they do it, but The String Cheese Incident’s Saturday Night Shebang gets more impressive year after year. I was absolutely stunned this year as a massive disco ball was placed over the crowd, in front of the stage, using a construction grade crane.

I felt like I was in a magical wonderland as confetti shot through the sky, fireworks were set off and hang gliders soared through the sky. It is such a special show to see in person and pictures don’t even come close to doing it justice. I had tears in my eyes that night watching the show surrounded by all of my best friends. That type of feeling and magic is what festivals are all about.

Integrative and immersive experiences like this is what makes Electric Forest so wholesome and unforgettable. To be able to come together as a community, with such a talented DJ, and ease all the chaos of our minds and give back to our bodies is so remarkable. I not only felt relaxed after the time with Diament but also so loved by everyone surrounding me. 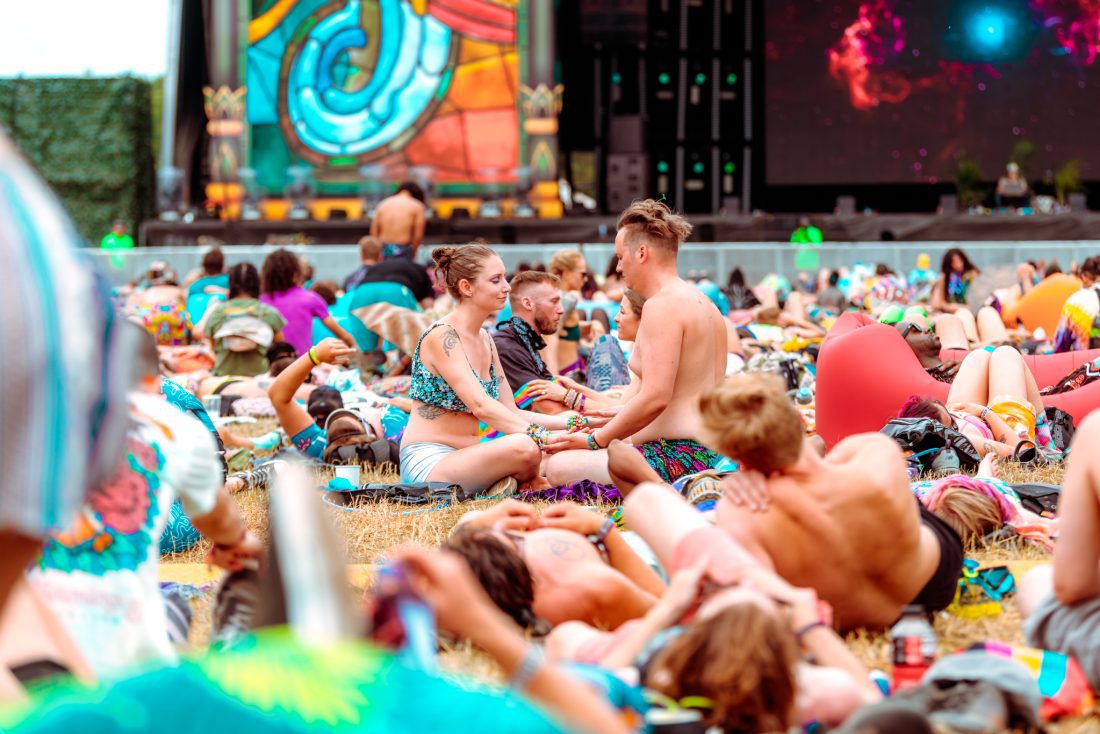 5. Games Inside The Forest

Electric Forest is so weird and unique. You never know what you are going to run into around each corner. One thing that I particularly loved were the carnival-style games dispersed throughout the Forest that had a funky twist to them.

Some examples of the games were “Skeeze Ball” and Frick Frack Black Jack. It made me feel so happy and nostalgic walking by these games as people screamed with excitement. All of the noise and commotion, in addition to the lights of the Forest, really made me feel like a kid at the carnival; the only thing missing was the cotton candy! Such a light hearted idea that made a big impact on my festival experience.