Disco Donnie said of the partnership, “Acquiring Lights All Night is a watershed moment for Disco Donnie Presents. After re-establishing our own independence, I am thrilled to start a new phase of growth with our first acquisition.”

DDP has produced over 17,000 shows and sold over 17 million tickets in over 100 different cities since it began. Lights All Night first launched on New Year’s Eve 2010 and is now Texas’ longest-running electronic music festival.

Check out the full lineup below and sign up for Lights All Night Pre-Sale on Monday, August 1 at 10AM CT here. 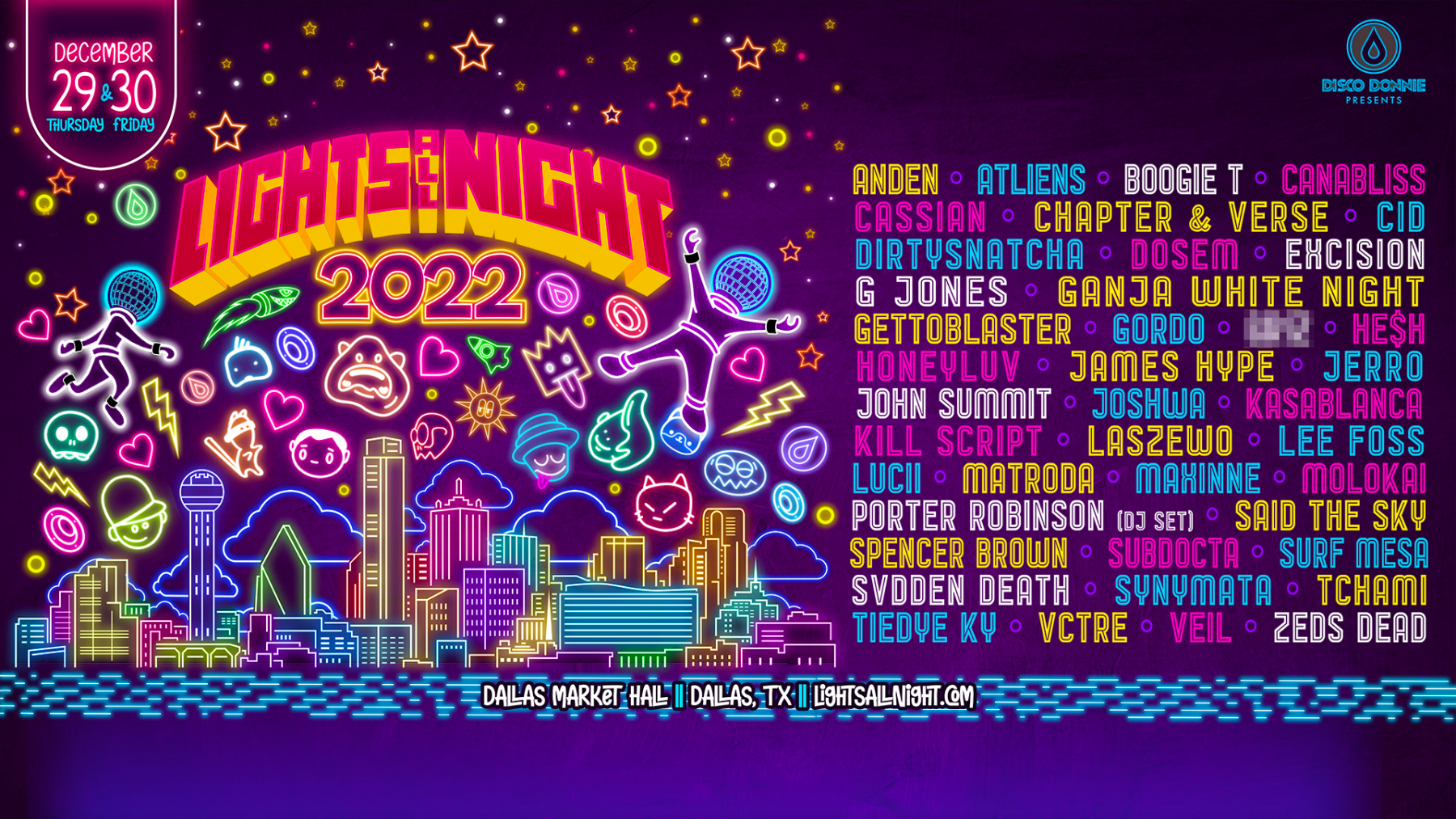 All images provided by Magnum PR