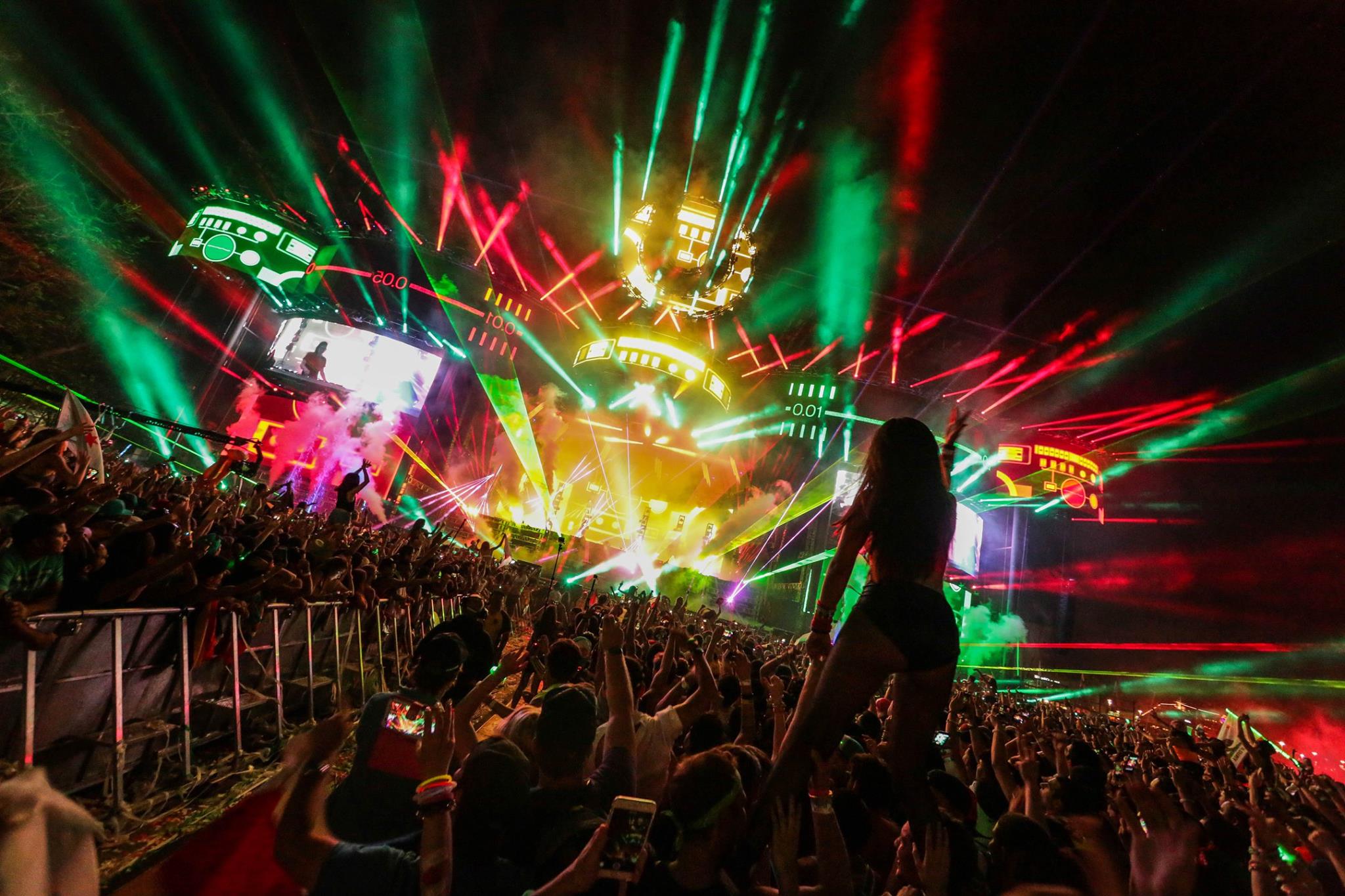 5 Ways You Can Enjoy Ultra Weekend Without Actually Attending

Miami is going to be crazy. Even though Ultra Music Festival doesn’t start until next Friday, the 18th, ravers from around the world will start to flock to Miami this weekend to take part in Miami Music Week. Meanwhile, everybody else is stuck at home wishing they could partake in the festivities from their living rooms or trying to find something to do when everybody else is living it up in South Beach. Well, I’m here to tell you that there are a number of different things you could do next weekend in an effort to try enjoy Ultra or get the Ultra feelings without actually flying down to Florida.

1) Party with the Live Stream

This is the best solution for those truly dedicated to living room raving. Running though the entire festival weekend, UMF TV will allow us witness most of the biggest sets from all three days. It tends to focus on the main Ultra Stage and a few other acts across the festival, although they typically do not broadcast the deep or techno stages. However, since we get to watch a $400+ festival for free, we can’t really complain if they get to pick who we watch. My personal suggestion is to invite all your friends over and throw your own little mini-Ultra at your house or apartment. Dance the night away to all your favorite DJs, just be sure to warn your neighbors about the bumping bass that’s sure to annoy them all weekend.

2) Hit up Beyond Wonderland

If you’re lucky enough to live in Southern California, we have our own little Ultra over at the Glen Helen Amphitheater with Insomniac’s Beyond Wonderland SoCal. This is your best choice if you want to actually go out and hear live music. Of course the downside here is you’re going to be shelling out a few hundred dollars for a weekend pass and you won’t actually be able to catch the Ultra stream until the following week because both festivals are occurring simultaneously. That being said, Beyond is the only party that rivals Ultra’s in scope and the acts that are playing are completely different. It’s a tough choice for people who have the means to go to both, but if you’re on the west coast, I’d jump down the rabbit hole with Insomniac.

If you are in Miami, but can’t score tickets to Ultra, you’re still in the hub of electronic music all next week and all Ultra weekend. In fact, I would suggest doing only the festival or only the clubs and pool parties. Don’t be that guy who tries to hit up all three days of Ultra at night and every pool party during the day. It’s a formula for disaster. No one has that much energy. The Miami party scene outside of the festival for the next two weeks would bring any EDM fan who can’t make it to Miami to tears. Take a look at our Miami Music Week Event Guide and just try not to drool.

4) Go to the Beach and Grab Some Sun

Everyone else is going to come home from Miami with a nice new tan, so why can’t you? This is going to be the first week of vacation for many people of the year and there’s no reason you shouldn’t live it up as well. This suggestion can even be combined with the first one since many smartphones are able to blast the tunes from the festival while you’re laying out getting some sun. Channel your inner South Beach body, throw on the swimsuit, and get your fellow beach-goers to join in on the party. The more the merrier. Plus you can lie to everybody and say you went and had the time of your life.

The ultimate way to spend this year’s Ultra Weekend is to start planning your trip to Miami for next year. Maybe the finances didn’t work out this year or perhaps you couldn’t get that much time off of work, but if you’re really interested in enjoying Ultra to the fullest, there truly is no replacement for the real thing. Even though we don’t have any dates for the 2017 installment just yet, it’s typically the 3rd weekend of March. (So we’re probably looking at the 17th, 18th, 19th of 2017, but don’t hold me to it.) Start saving money, planning your outfits, and put in for that vacation time as soon as possible. You may think I’m being slightly over-enthusiastic about planning so far ahead, but when you look at hotel and airfare prices in Miami this week, you’ll be convinced this might be worth it. And the true Ultra experience is definitely worth it.

Ultra Music Festival typically marks the beginning of music festival season in America and you can be sure that the DJs playing Ultra will be bringing their A-game to their sets. Ultra is a showcase to the world. In one way or another you should try to enjoy that experience and share as much as you can with as many as you can.