Fresh off their nationwide City Hearts tour, Team Desert Hearts isn’t wasting any time as they have just released the lineup for their annual spring festival. Although they won’t be going in for a monumental 100 hours of nonstop music this time around, the 72 hours they have planned will feature immense talent from across the house and techno spectrum.

The lineup includes notable returnees like Tara Brooks, Atish, and Sabo, as well as featuring some fresh faces like DJ Harvey and a live set by Dance Spirit. Considering there are no artists with the same kind of name recognition as Claude VonStroke or J. Phlip (both of whom were present at the 3-year anniversary fest back in November) the lineup demonstrates how hard the Desert Hearts crew works to not only bring the fans bangin’ beats, but to maintain the intimate vibes that are the soul of all of their events. The people who attend desert hearts either don’t pay much attention to the lineup, or there are so deep into house and techno that names like Extrawelt and Butch are equivalent to Calvin Harris in the eyes of an EDM noob.

So if you’re looking to immerse yourself in an environment based on house, techno, and love instead of a list of recognizable names, don’t hesitate to check out Desert Hearts Spring Festival.

Check out the full lineup below and you can buy tickets here or go to desert hearts.us for more information 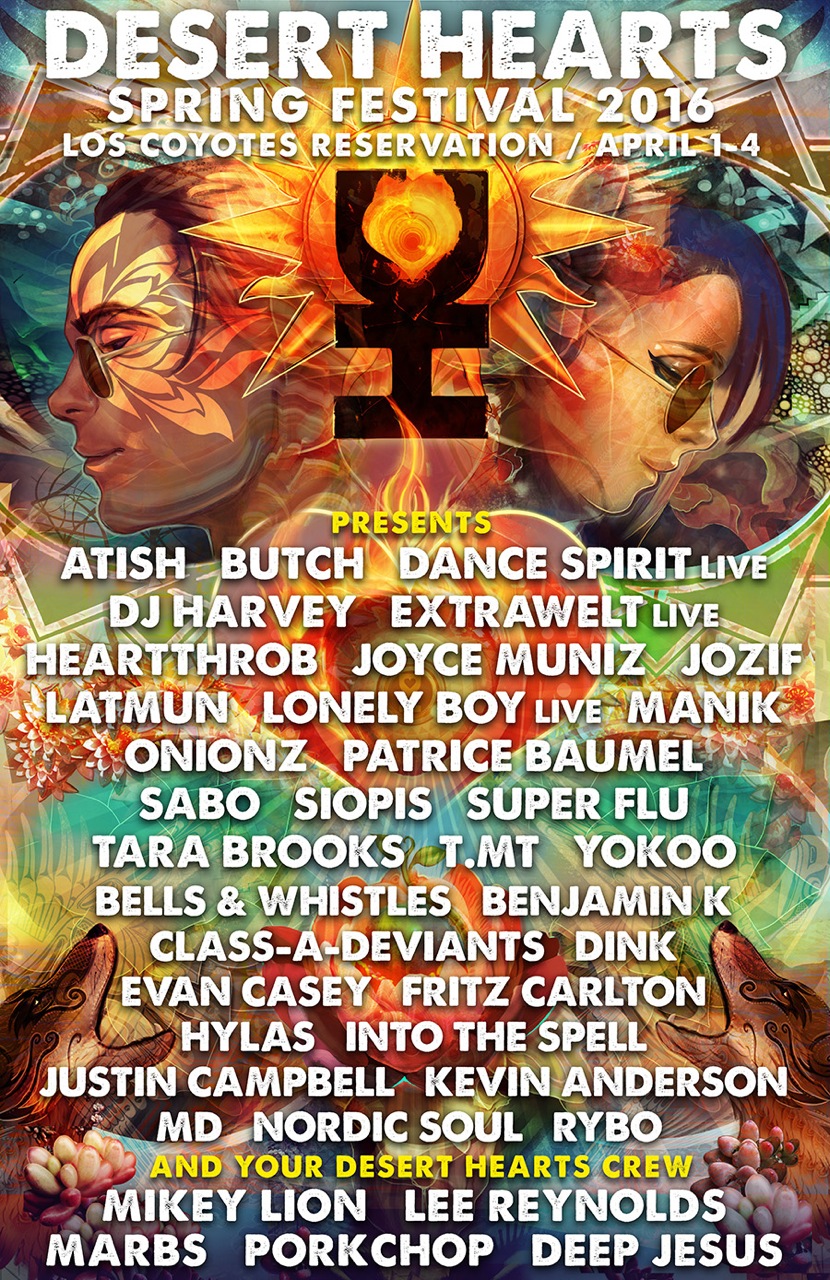 5 Ways You Can Enjoy Ultra Weekend Without Actually Attending