7 Festival Struggles Only Girls Will Understand

Being a girl is awesome. But it doesn’t come without its roadblocks. And for us girl ravers, the same problems keep coming up, over and over again, during shows or festivals. While these are not serious issues that make or break our festival experiences, they’re common enough that they may even have the power to bring ladies together, forming temporary or even more permanent bonds. Here are some of the most common struggles of the flower-child, basshead, kandi queen festival girl.

This is often the magical environment where girls vent to one another about the insanely long lines we run into at festivals. While most festivals have co-ed port-a-potties, if the bathrooms are separated by sex, the women’s line always seems to be at least double that of the men’s. We can’t help it that it takes us longer in the bathroom, especially once you add in the time it takes to readjust your outfit and take a mirror selfie or two.

#2. Getting the Perfect Pre-Rave Selfie

So many factors go into this one. How do you manage to share a mirror with anywhere from two to six people, and still get the perfect selfie while your outfit is still on point? And how do you make sure you have enough time to get ready, pregame, pack up your stuff, and get to the show on time to see your favorite DJ? This is also a topic that guys just won’t understand. They throw on a tank top and shorts, maybe take a group shot or two, and go. And then, once you take an adequate picture, do you wait to post it until after the show, or use up all of your service and data with Instagram likers? Girls, the struggle is real.

If people ask me what’s the best thing I learned this festival season thus far, I’d probably say that simple and comfortable outfits are the way to go. That being said, sometimes we just can’t say no to platform shoes, flower bras, elaborate headbands, or face jewels. You might look flawless leaving your apartment (and in those pre-show selfies in the comforts of your own bathroom), but once you step outside into the summer heat, wait in line, pass through security, and make it to the stage two hours later, chances are your outfit isn’t as “on fleek” as you’d like. I made the rookie mistake of wearing butterfly wings to Electric Zoo last year. Let’s just say it’s a good thing they were five dollars, because they made it exactly one set in before I ripped them off my back. 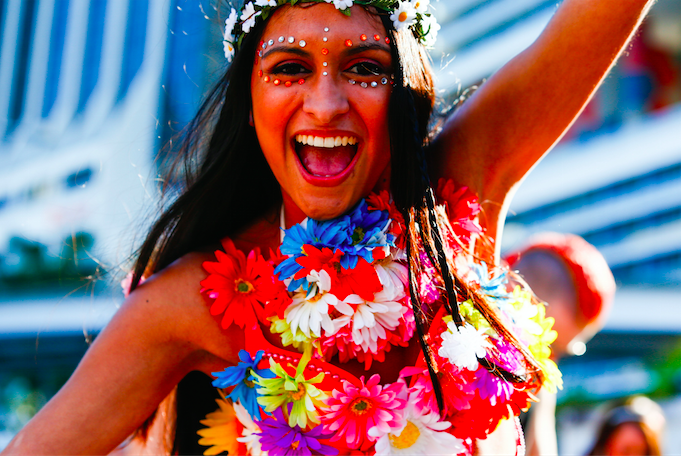 If you’re the 1% of girls who go to a festival, leave your phone at home, and stick your money and ID in your shoes or socks, I commend you. Because most of us just don’t have the willpower or confidence that we won’t lose our friends to leave our phones at home. So then, the struggle commences: Do I bring a backpack (if they’re even allowed)? Where do I find a fanny pack? Does the fanny pack match my outfit? Will all of my stuff fit in my fanny pack? How do I dance with a drawstring bag on my back? The bag struggles are endless. My advice? Buy a plain fanny pack that’s going to go with most of your outfits. If you’re just going for the basics, you can find them on eBay for under 10 bucks.

#5. Sticking with Your Rave Fam

I feel that this applies more to girls than guys, but I could be wrong. The WORST feeling is when you’re bestie says “I have to pee” while you’re front row and your favorite DJ comes on in 10 minutes. Regardless of where the bathroom is, there’s no way you’re getting back to the same spot in 10. So, it becomes decision time. Do you go with your friend and sacrifice your front-row spot to the bro breathing down your neck and attaching his arms to the guardrail in hopes of wiggling in? Or, do you pull the somewhat selfish move and stay, committing to going solo for the foreseeable future, while your bestie navigates through the crowd to the bathroom? For guys, peeing is a much quicker task, and they’re somewhat easier to find in a crowd purely due to height advantages. But for us girls, once you get separated, it’s nearly impossible to reunite. 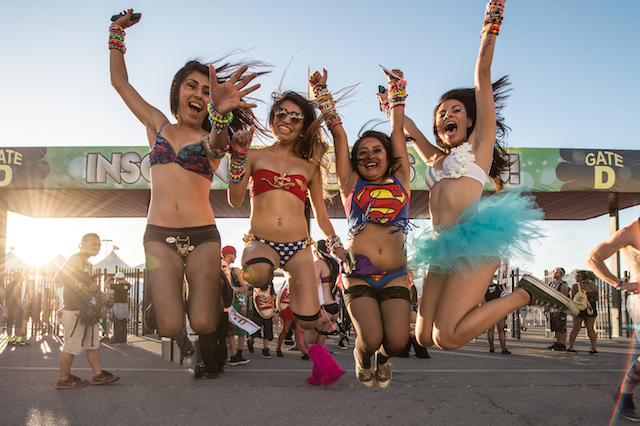 This one goes without saying. For most of us girls, we are at a severe disadvantage when it comes to height. With the exception of the lucky ones who are over 5’8”, it often becomes difficult to see in the crowd with guys standing in front of you. There are a couple of ways around this – mainly either standing in the back, or standing in the very front. There’s one more solution, however, which often becomes more of a struggle than an advantage…

Personally, I’ve never been a fan of sitting on someone’s shoulders. First off, what is appealing about awkwardly sitting on a guy’s sweaty shoulders, unbalanced, in a crowd of hundreds of people jumping up and down? Sure, it makes for an awesome picture and quick bird’s eye view of the DJ, but every time a friend has offered to lift me up, I panic. It’s extremely awkward, usually frowned upon by security, and not to mention slightly dangerous. For those of you who love shoulder rides – more power to you! 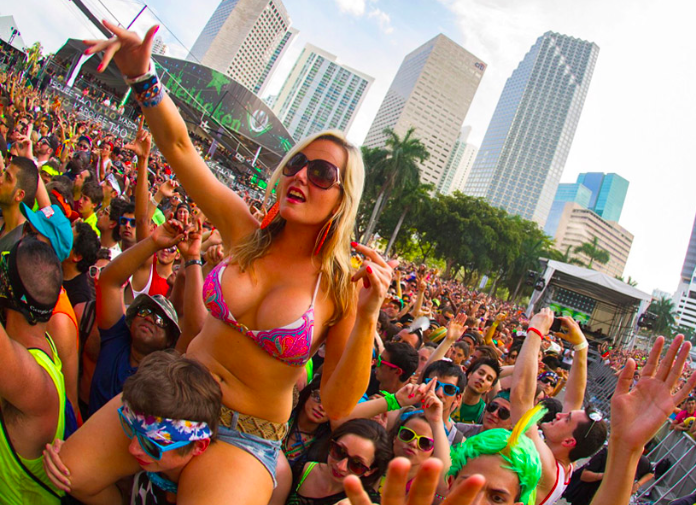 Soundcloud Goes on the Attack