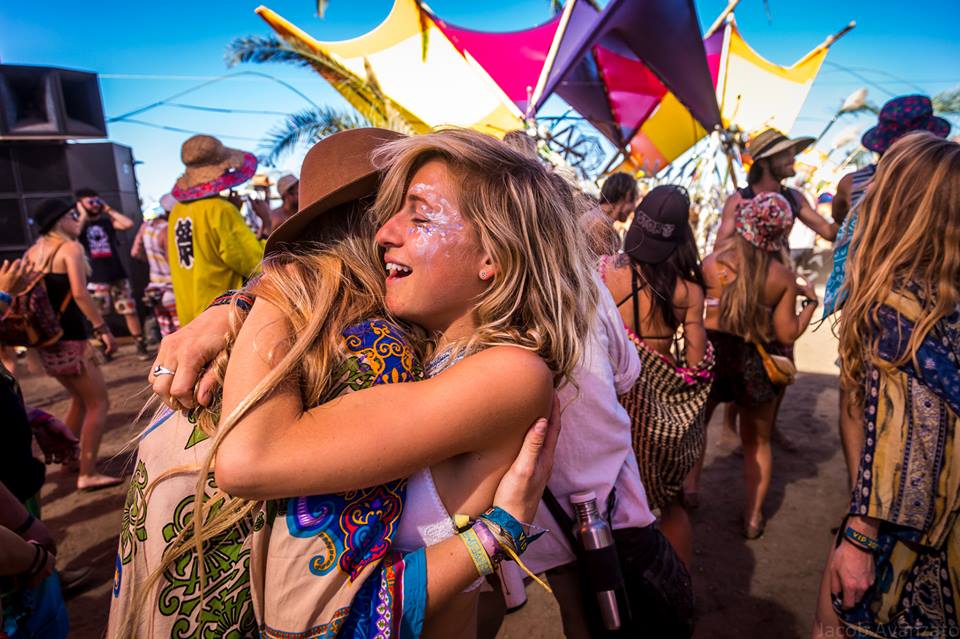 In a few days time, Symbiosis Gathering will return to the Woodward Reservoir for the second year in a row for a week of music, community, workshops, art, and all of that festival goodness.

That may sound like just another intro for a blog-piece on festivals, but the fact that Symbiosis will return to the same venue for the second year in a row is actually a big deal.

Why? Because they’ve never done that before.

They weren’t even originally planning on doing a 2016 gathering. Oregon Eclipse in 2017 was supposed to be their next event after the 10 year Re:Union at Woodward last September.

However, the 2015 edition was such a success (I was there. Massive success) that a 2016 edition was a no-brainer, and from the looks of it 2016 has just as many reasons to be excited. Here’s a few.

One thing I really liked about Symbiosis’s lineup last year was how it wasn’t dependent on house music like other festivals. Maybe that’s just my interpretation of other festivals because I really love house music. But even beyond Desert Hearts which is fully dedicated to house and techno, I feel like when you walk around most mindfulness festivals, you’re generally hearing house music. Symbiosis on the other hand provided a well-rounded lineup of house music, bass music, live music, and trance which reflected the diversity of the attendees.

Well I really like Symbiosis’s lineup this year because of all the house music. Of course there’s plenty of other stuff as well, but this year they dug way deeper into the house and techno scene. With sets by Pan-Pot, Seth Troxler, Lee Foss, Sabota, Claude VonStroke, a slew of Dirtybirds, and many more, the amount of foot-stomping going down this year is immeasurable.

A little known fact about Symbiosis is that in addition to the primary festival, each event is accompanied by Elemental Alchemy.

Elemental Alchemy is a whole separate experience which takes place at Woodward five days before the festival opens to the general ticket holders. During those five days there are classes and workshops to attend in four separate disciplines: Visual Art, Permaculture, Ritual & Performance, and Yoga. There’s no music advertised or anything like that. The purpose is entirely centered around the classes and the the community created among those who are there.

Not only will you be able to focus on learning, but you’ll be surrounded by people who want to do the same. These festivals were founded on the ideals promoted by Elemental Alchemy, and Symbiosis works hard to make sure those ideals are acknowledged during their events.

Plus if you buy a ticket for EA you get three meals a day included, as well as admission to the actual festival when EA is over. Plus, it’s just another five days you get to spend on the water.

Yes you read that right. Water. This festival is entirely surrounded by water. What that means is that everywhere you could be at Symbiosis is no more than a five minute walk from a place to swim. Whether it’s the campground or one of the many stages, if at any point you get to hot you can take quick dip and cool off. You can bring your own floats and just relax on the water all day if you want, and even if you’re not a fan of swimming for whatever reason, everywhere you look there’s a beautiful waterfront view.

Every stage is close to the water, but this stage is essentially an island party. With speakers facing out towards the lake, one could easily be neck deep in the reservoir while hearing the music as clear as day. They even have floats just off the shore to chill on. Unfortunately the stage closes when it gets dark, but that motivates the artists and dancers to give it their all while the sun is out. Last year people would be there from the moment the music started till the moment it ended.

Another water-related section. The same way Burning Man has art cars where people can party, Symbiosis has art floats. They cruise around the festival, coming to the shore for brief periods to allow people to get on and off, but for the most part they’re sweeping the perimeter. Oh and don’t worry, they definitely have music on them too. Last year one was shaped like a DeLorean.

Basically every festival has some kind of arrangement of shops where local artisans sell their work alongside favorites such as flow toys and crystallographers. Symbiosis is the only festival with a true marketplace. Maybe the set up will be different this year, but last year the market was placed on the road leading into the main festival grounds, meaning it was required to walk through. As a result, the marketplace created a level of commerce and interaction that I’ve never experienced at another festival. When the shops are randomly placed, its possible to go through festival without ever seeing one. When every is required to see them, it means everyone is essentially required to see how talented the people in this community really are, which in turns leads to people engaging both the artisans themselves and the other people browsing through their work.

One thing Desert Hearts hypes about their events is the fact the music is nonstop. As in constant, and only coming to an end when the event itself is over. By doing this, it gives attendees the option to party literally the whole time they are there. Another thing Desert Hearts hypes about their events though is their “one stage, one vibe” policy. While this creates a level of intimacy that can’t be found at larger fests, it doesn’t allow for a lot of variety.

At Symbiosis the music isn’t non stop, but there is a period of around 40-50 hours where at least two of the stages will be playing music at any point. Symbiosis doesn’t have stages that are genre-specific either. So that means if you find yourself up just before sunrise you could hear anything from psy-trance to Dirtybird house to a 3-hour set from Tipper. No one will know what to expect until the field guide comes out and even then there will be surprises in store.

To be frank the reason I’m so excited for Symbiosis is because it’s the best event I’ve ever been too. I went to a lot of festivals these past two seasons. Indoor. Outdoor. Camping. Urban. EDM. Multigenre. Not one compared to the comprehensive experience of Symbiosis. All too often you hear people in the festival scene complain about how festivals are mainstream or commercial, and even though I don’t agree with those naysayers, Symbiosis is a festival that hasn’t been effected one bit by the increased popularity of such events as a whole. Just walking around you could feel the energy of everyone coming together to create something special, and I have no doubt this year will be just the same or even better.