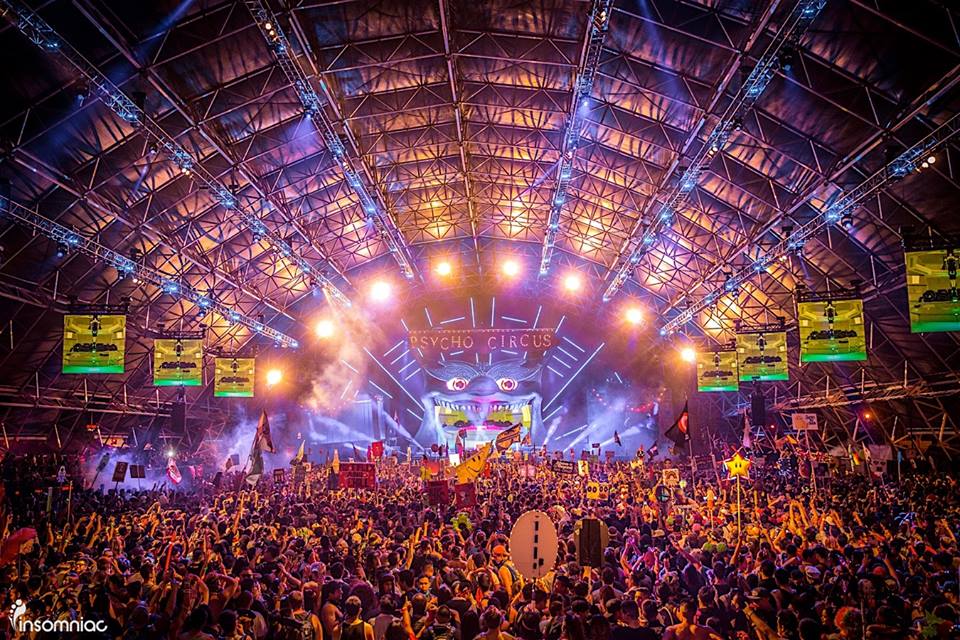 5 Reasons Why You Need To Visit California Festivals

One reason America kicks ass is because of its vastness. Beyond everyone’s opinions about politics and other such nonsense, the sheer size of the American mainland has lead to a regionality that is rarely seen in fully domesticated nations. Around 80 percent of the U.S. is still just farmland, parks, and open space, but the areas where people have chosen to settle have made way for a series of cultures that are equally diverse and unique.

Because of this provinciality there is a reason to visit every region of this country, but if you want to go to festivals, you have to come to California. Here’s why:

After driving for Uber and Lyft for over 18 months, I’ve discovered two things about Los Angeles. The first thing is that pretty much no one who lives here was born here, and secondly the reason people move here is for the weather. Most people probably believe that the number of transplants is related to the idea of the starry-eyed twenty-something coming to LA in search of superstardom, but there are thousands of people moving here every year who have no interest in show business. They just don’t want to spend one half of the year frozen and the other half melting in ridiculous humidity. Most of all, they don’t want to be melting or frozen at a festival. Yes LA can be hot as hell and San Fran can get a bit chilly, but it’s tolerable enough to the point that the festival spirit doesn’t evaporate. Plus, because of the warmer weather the festival season lasts all the way through to November, with smaller gatherings happening year round.

Something else I didn’t truly realize until I started driving for uber (don’t worry the entire piece isn’t uber anecdotes) is just how diverse California’s landscapes are compared to other states. You wouldn’t believe how many people from the South and Midwest have never seen the ocean and never seen mountains until they came to California, and as a result having a festival in or around any of these natural settings was unheard of. Out here you can fest in pretty much any environment imaginable. The middle of the desert. The highest reaches of a snowy mountain. Forests containing some of the largest trees in the world. Ten steps from the ocean. California offers festivals in all of these places, and some that even combine more than one.

When thinking about any given state in the U.S. there is usually one city that really stands out as being the most culturally affluent. Texas has Austin. Illinois has Chicago. New York has, well, New York. However, California is one of the few that has several major cities spread all throughout the state. There’s San Diego on the bottom, LA a couple hours north, and the bay area representing Norcal with Berkeley, Oakland, and San Francisco all a stone’s throw from each other. Sure the decreased distance between these cities prevents the same level of cultural diversity that occurs between states, but there are still different cultural preferences that lead to different brands of festivals occurring in each. The LA area is home to many of the more popular events because of it’s inseparability from the music industry, while many lesser-known mindfulness festivals enjoy the hippie-fueled legacy of Northern California. San Diego is the least viable market of the three, but the beachfront setting and the saturation of college students has started to attract more festivals that tailor to such a vibe.

Even though I’m sure many of you didn’t start going to festivals until a couple years ago, the promoters like Goldenvoice and Do Lab that are in charge of them made all of these (and more) observations about California as much as 20 years ago. While most festivals in other parts of the country are still working hard to avoid the same fate as Tomorrowworld, Cali festivals have already been through all the bull and come out stronger on the other side. Coachella celebrated its 17th birthday this year. Last year was the 20th anniversary of Nocturnal Wonderland. 2016 will be 13th year Lightning in a Bottle has existed. Those might be three of the most “mainstream” festivals on the market, but there was a time when they were small and nearly unknown. The people of California simply welcomed them with open arms which allowed these festivals to grow into what they are today which in turn has given the opportunity for others to do the same.

Remember what I said about how each region of the U.S. has it’s own unique culture? Well a lot of things go into defining a culture, and one thing that defines the culture of Cali (especially LA) is music. If an artist is doing a U.S. tour, they will have shows in LA and SF. It’s pretty much guaranteed, and it’s a San Diego stop is very likely as well. If they don’t its because they’re playing a festival that many people from LA, SF, or SD are expected to attend. That’s how Coachella came to be so big. Before it there wasn’t a music festival that adequately represented just how vital LA is to the music industry. Now Coachella books the most impressive and groundbreaking lineups of any festival in the country and that’s because all of the big artists have a following in LA and the small artists want to be known in LA. Even if they hate LA as a city and would never live there in a million years, if their music has a presence in LA, then it has the potential for a presence literally everywhere on Earth. LA is music capital of the U.S. and festivals all over Cali benefit from that in every way imaginable.