Above & Beyond‘s label Anjunabeats just unveiled their ABGT500 Week event schedule with six events to be held all over prominent venues in Los Angeles.

“ABGT” stands for Above & Beyond Group Therapy, the trance trio’s radio show that’s brought together some of the biggest names in trance and deep/progressive since 2012.

This year’s Los Angeles event will take place from October 14-16 across some of LA’s most iconic venues. The week begins Friday, October 14, with an Anjunadeep event at Exchange, followed by Andrew Bayer’s new project Duality at Academy.

Then Saturday, October 15, is the huge, sold-out ABGT500 event at Banc of California Stadium with an afterparty at Exchange and a Genix presents Warehouse55 show at 1720.

The series of events close out with an open-air Anjunadeep show at Exposition Park on Sunday, October 16.

The afterparty at Exchange has already confirmed stars like Mat Zo, Oliver Smith, and SunrYse with many more to join the trance heaven.

Tickets to the ABGT500 LA takeover events are available here. 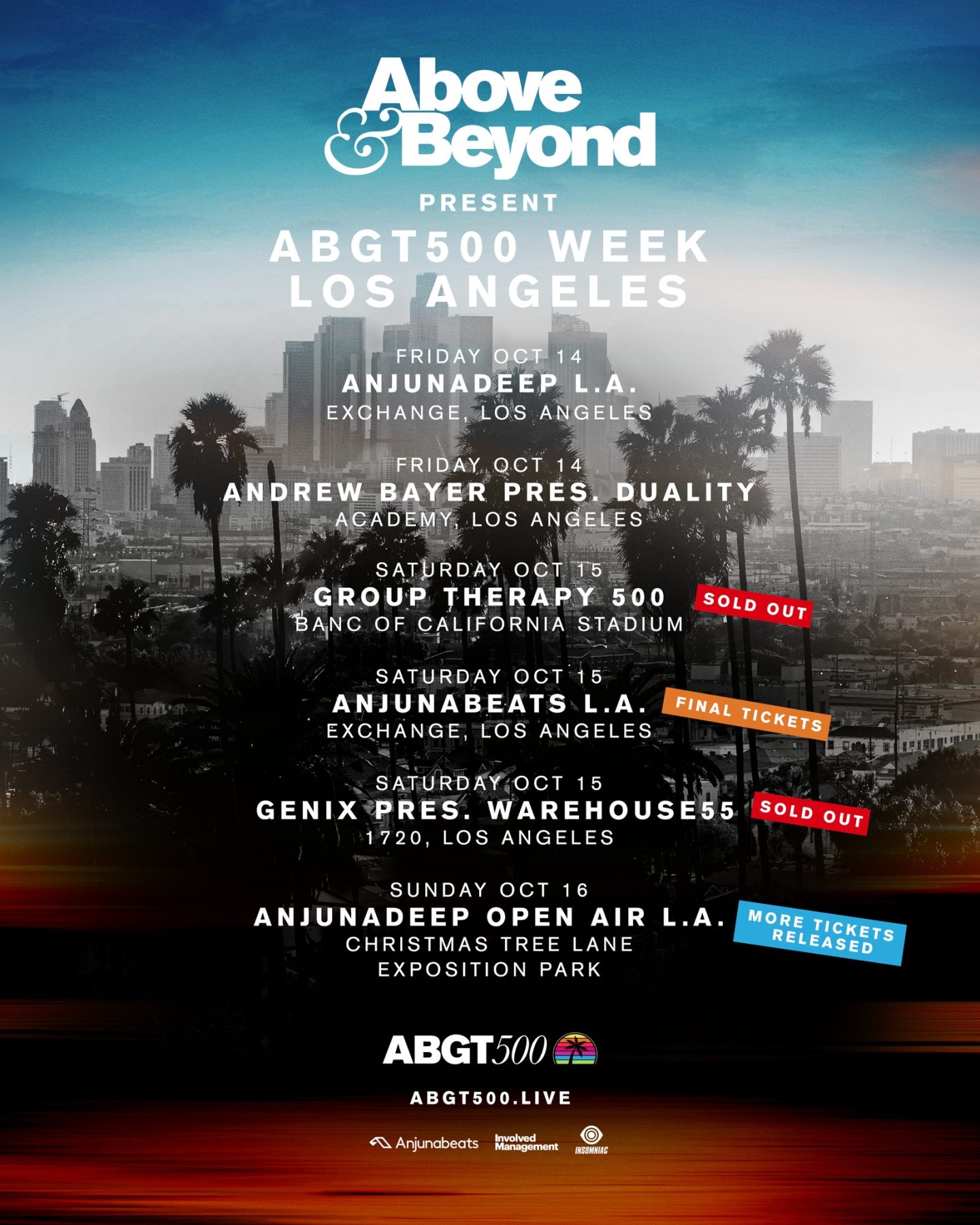 Flyer from Exchange LA, featured image by Jonathan De Poorter from Above & Beyond