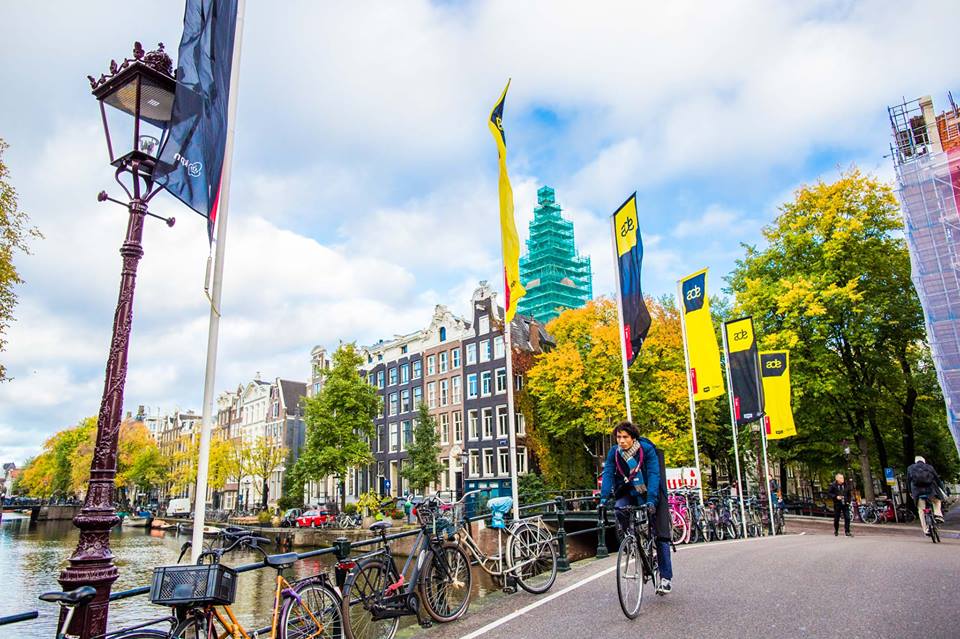 Amsterdam Dance Event is that one special time of year where everyone in the dance music industry gets together. For five days, the dance music capital Amsterdam turn into a huge playground for dance music lovers. The whole city becomes a host to a lot of events and parties… more than you can ever imagine. You can catch your favorite DJs play an intimate show in some clothing stores in the city, or even see them headline huge arenas.

The amount of DJs, events, and conferences is truly unbelievable. This year the numbers were rising again, as more than 375,000 visitors from all over the world had the time of their lives in Amsterdam. Imagine over 452 festival events, 369 conference events, and 416 playground events are being held across 5 days. It is an insane experience where you end up wondering what to see and what to miss.

We tried to catch as many events as we can, and that resulted in a heavy UBER bill. From the day-time parties, through the pop-up events in random places, to the late night techno parties, our days and nights went so fast. No surprise we couldn’t move out of bed on Monday.

Here’s how it all went down.

The fun started on Wednesday. Once you arrive, you can the see posters and ads everywhere in the city. First stop was the ADE headquarters, as we went to pick up our passes, we met so many new and old friends in the industry. Basicly, ADE turns a whole building to a nice open headquarters where many meetings and conferences are being held. While we wondered in the building, we saw so many DJs just having fun and meeting with many of their peers.

Our first exploring stop was Gina Turner’s event, The Divine Movement, where music was combined with yoga, meditation, healings and workshops in a unique and welcoming space. It was really unique and relaxing experience after a long flight to Amsterdam.

As the day goes on, we stopped in some art events, such as a photo exhibition for the Dutch DJs. We also checked out the art of BANKSY exhibition, which was a really fun experience. Then, we stopped at the Spinnin’ Records Pop-up Store where many merchandise for Spinnin’ artists were available to the fans. The Pop-up Store also hosted Meet & Greets with the label DJs.

After a quick needed nap, we started our night with Oliver Heldens presents Heldeep, as Oliver Heldens, Chocolate Puma, and others delivered an unforgettable night to the fans. Then, we checked out In Trance We Trust event, to get our trance fix. The lineup was full of all star trance DJs such as: John O’Callaghan, Bryan Kearney, Andy Moor, RAM, Indecent Noise, and many others that played in three different rooms.

As the night was going, some of us went to check Awakenings opening with Len Faki. While the other group went on a ferry across the city to check out OWSLA label showcase.

Thursday: Talks, Pop-up events, and a lot of Techno.

We woke on Thursday early to go and check out Yellow Claw Pop Up Store. Fans were waiting hours before the opening time at noon. Yellow Claw unveiled new Blood For Mercy merchandise, and limited edition bomber jackets. We were lucky enough to get in the store on time to grab one of those jackets. The event was so intimate between the fans, and the Barong Family Artists. Fans enjoyed free Yellow Claw tattoos, and a surprise set by the Amsterdam trap group.

Then, we went to attend some talks from the industry experts. First, we stopped by ADE Music Talks to attend Berlin – Past and Present of the Techno City. A panel about the changes and the challenges during the last 25 years of the nightlife capital. Then we head out to attend an intimate Q&A with Nicky Romero followed by a LIVE set on the decks presented by Pioneer DJ.

While we were wandering in the city, we were lucky to find out that Kölsch was playing a surprise set in a pop-up clothing store. It was one of those amazing intimate shows where couple hundred fans partying with the DJ in a small room.

As we headed into the night, we were getting ready to attend a special Boiler Room event headlined by Black Coffee, Blond:ish, and more. As all Boiler Room events are, it was one of the best vibes we’ve ever experienced.  Everyone was dancing, smiling, and having the time of their lives.

Then, it was time to stop by the Afterlife event presented by Tale of Us. After a successful series of events in Ibiza this past summer, the techno duo brought their amazing production to Amsterdam. The fans enjoyed sets from Tale of us, Dixon, Answer Code Request, Âme B2B Rødhåd, and many other who played in three different rooms.

Around the end of the night, everyone headed to main room to witness Tale of Us closing set. The duo did not disappoint, and delivered a dark set everyone is still talking about. It’s no surprise, they’re making their way up in the scene as they always amaze their fans.

At the clock turned to 6:00 AM, you would think it is time to sleep. But we headed across the city again to attend the closing set of Maceo Plex in his Mosaic event. As the sun going up, it was time to catch some sleep. Big day ahead of us, as Friday was full of events we wanted to attend.

We leave you here for now at this part. In part two of our review, we will go over the last three days of ADE. Especially our insane 24 hours non-stop party trip.