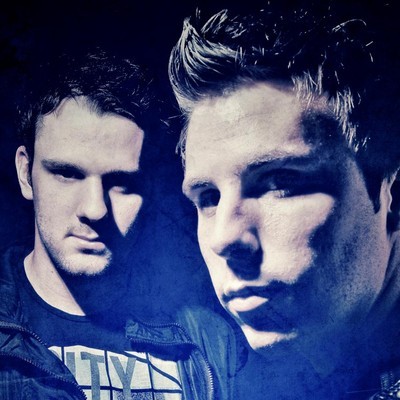 An Interview with W&W – ‘Bigfoot’ OUT NOW!

Unless you’ve been living under a rock the last 6 years there’s two names that have been destroying dance floors everywhere with their melodic yet raw electro trance sound, the Netherland’s Willem van Han and Ward van der Harst. Better known to most as the Dutch duo W&W, the two haven’t stopped producing since a random encounter brought them together at the Netherland’s Trance Energy in 2007. A year later W&W released their first track produced together called “Mustang” marking their entrance into the trance genre.

After several years of working together fans voted W&W to #71 on the 2010 DJ Mag Top 100, making their first appearance on the list. The two went on to release their first full album the next year titled Impact while continuing their rise of the DJ Mag Top 100 reaching #36. Solidifying their trance sound W&W’s track “Invasion” was voted to be the official anthem for Armin van Buuren’s A State Of Trance 550 which featured stops around the world including Ultra Music Festival and Insomniac’s Beyond Wonderland in Southern California.

With the rapid spread of their music and growing fan base, 2012 found W&W creating their own music label Mainstage Music, a sub-label of Armin’s Armada Music. The first track the duo released on the label is one of our favorite and most recognizable “Lift Off!” yet again taking their music to another level.

Last year has been the biggest yet for W&W, kicking it off on a massive collaboration “D# Fat” with the legendary Armin Van Buuren, who’s since referred to W&W as “the best up-and-coming production duo out there.” The two didn’t stop there, the same year teaming up together with 2013’s #1 DJ Hardwell to create “Jumper” and Ummet Ozcan on “The Code” which was called the most played track of Miami Music Week 2013.

W&W was now in higher demand than ever and fan’s voted them all the way to #14 on DJ Mag Top 100 last year, continuing their climb and reaching the two’s highest spot yet. Spreading their sound as much as possible the duo crushed mainstage’s around the world, making appearances at Ultra Music Festival, the sold out Madison Square Garden A State Of Trance 600, Tomorrowland and Tomorrowworld, Electric Zoo, Stereosonic, and Amsterdam Music Festival where they wrote “Thunder” as the festival’s official anthem.

July 5th 2013 W&W made history, becoming the first dance music DJs to perform at a Major League Baseball stadium. After the Philadelphia Phillies Baseball game, fans were invited to stay at no extra-charge for a 2 hour set performed by W&W on the Budweiser Rooftop. Concession stands remained open for the event, while the remaining fans danced away the night. Among W&W’s insane schedule we can’t forget their remix of Armin van Buuren’s hit single “This Is What It Feels Life” which has been played at festival’s around the world.

This year has brought continued success, with W&W recently unveiling their Las Vegas Residency playing a debut performance at MGM’s new Hakkasan Nightclub. The duo has already released another hit this year titled “Bigfoot” which topped the Beatport Top 100 at #1.

Touring the world making an appearance in South Africa at Ultra Music Festival, W&W will be coming back to California to headline Insomniac Event’s newest show NRG – We Are Energy. The trance duo will be invading NOS Events Center presented by Insomniac Events on April 5th accompanied by high energy DJs Bassjackers, Audien, Yellow Claw, Mercer, Alvaro, LA Riots, and Mikael Weermets. Between producing massive tracks and performing non-stop W&W has still found time to release weekly podcast’s on their show Mainstage, which is currently on its 195th episode.

Already off to another huge year we anxiously look forward to hearing what the Dutch Duo might have in store next. W&W truly has a gift delivering their unique sound to everything they touch, guaranteeing nobody will be standing still when W&W’s songs come on the speakers. Coming to a festival near you.

EDM Maniac: Thanks for speaking with us, how’s it going/how’s the year treating you so far?

Its going really well thanks! We had the whole month of January off and we got to do a lot of work in the studio. We always take January off to prepare new music and just not travel. Back on the road now and looking forward to playing our new tracks to everyone.

EDM Maniac: Congrats on the latest single, can you tell us about the inspiration for Bigfoot?

The track has a pretty bombastic feel to it, and when Bigfoot was on the news, we thought it was the perfect title for this tune. When we we’re thinking of a music video we thought it would be cool to do an animated video with actual Bigfoots in it. Next week the full music video is coming out and we can’t wait to share that with you!!

EDM Maniac: For those that aren’t familiar, could you tell us about your sound and how you two got started?

We met in 2007 and the first track we finished was signed to Armin’s label armada. Our sound was more Trance back then and progressed into what it is now. We love the big room stuff and still keep a lot of trance influences and electro sounds. We just like to combine styles and create something we love to play.

EDM Maniac: Could you tell us a little bit how you think your sound has evolved from when you first started making music?

When we started out our sound was more trance oriented. Over the years we developed our music to more housey big room stuff. We still love to keep trance influences and big melodies though.

EDM Maniac: Armin says a lot “don’t be a prisoner of your own style” — what are your thoughts about this statement?

We agree with Armin on this one. We feel we should be able to do whatever we like. We have to say we are not really bothered about styles and genres. A lot of people seem to be paying a lot of attention to that.

EDM Maniac: When playing a set, do you have a strategy you like to work with?

We play a lot of our own music combined with some mash-ups and cool music from other producers. We don’t really have a strategy, we just try to keep it energetic and hope that the crowd loves it.

EDM Maniac: How do you guys prepare, what get the energy going before a show?

We always have a peek inside to feel out what is going on in the crowd. That always gives us energy! And just prepare backstage or in the locker room.

EDM Maniac: What’s it like playing in the US vs. other countries?

We really love most places we play! Crowds respond in different ways in some places but everywhere we go the people just go for it. The US crowd has something special though. They don’t have any breaks…. Haha.

EDM Maniac: Can you tell us about your label, and some of the artists you recently signed?

Our label Mainstage is growing very nicely. We like to find new artists and have a few talented guys releasing on our label like Husman and Rick Mitchells. But we also had a track out from Markus Schulz. Which was pretty cool! We have a new track from Jochen Miller coming up and also just signed another track from one of our biggest inspirations…. can’t wait to reveal that one!!!

EDM Maniac: Where can aspiring producers send their music to?

EDM Maniac: Any events you’re looking forward to coming up? US and abroad?

We are playing ultra in South America and South Africa. We just played ASOT and as for us we are really looking forward to ultra as well as our Hakkasan residency.

EDM Maniac: Any advice you’d like to give aspiring producers?

Do what you love, work hard and dream big!

EDM Maniac: Is there anything you’d like to say to your fans?