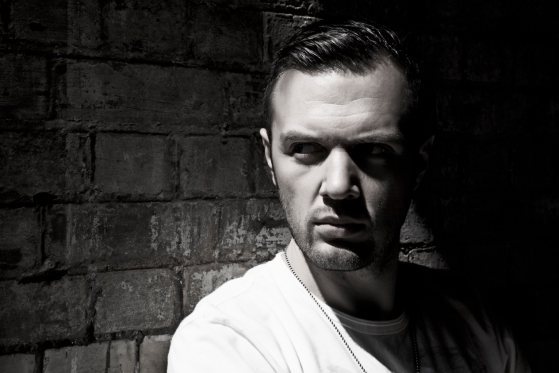 Since the age of 14 after discovering progressive house music, Scottish producer Chris Lake has been on a mission to create his own sound. Without a doubt he has succeeded in designing his own feel of house music, climbing the chart’s year after year showing no signs of slowing down.

Keeping up with the hectic dual lives of DJ’s and producers, Chris has been touring the world year round, with appearances including Ultra Music Festival, numerous LED Presents shows in Southern California, Groove Cruise, and even the inaugural EDC London. In 2006 he released “Changes,” a groovy house song with a jazzy feel which featured vocals from Laura V. The track was greatly accepted among the house music community, climbing the UK Single Chart to #27 and all the way to #10 on Billboard’s Hot Dance Airplay. Next year brought another collaboration, this time with Emma Hewitt on the single “Carry Me Away,” advancing his career even further this time going on to reach #1 on the Billboard Hot Dance Airplay Charts. A few other notable producers he has since gone on to work are Deadmau5 on “I Said,” also the crazy Steve Aoki and Tujamo on the hit “Boneless.”

Having a keen eye for talent and a great ear for music, Chris formed his own label called Rising Music. Recent releases on his label include “Ode to Oi” and “What’s Up Suckaz” from Los Angele’s TJR, whom Lake told Vibe he includes in the list of his top 5 favorite DJ’s with the other four being Carl Cox, Sander Kleinenberg, Sasha, and Danny Howells. Never skipping a beat, 2012 found Lake signing with Ultra Music to further expand the reach of his music.

If you haven’t already heard Chris Lake’s newest track “Helium” on Herbal Essence commercials, it’s about time to give it a listen. Just wrapping up the end of his Helium Tour at Beta Nightclub in Denver, Colorado, Chris wasted no time getting right back on the road with upcoming tour dates in the UK, Austria, Czech Republic and even Hungary before coming back to the states playing several Southern California stop’s including Fluxx Nightclub in San Diego. The video for “Helium” was just released and you check it out below!

If Chris Lake’s career has clearly proven one thing, it’s you can count on hearing more tracks from him in the near future. In the meantime, he has hinted at a new release from TJR soon to be coming out on Rising Music. If you can’t wait till Chris stops by your city, he also has a podcast featuring live sets and his current favorite tracks, Soundcloud with numerous unforgettable singles, and an Essential Mix from Pete Tong’s BBC Radio 1 all available online for your listening pleasure. They’re all good, seriously, listen!

EDM MANIAC: With your latest single “Helium” how did the collaboration with Jareth (featured on the single) come to be?

I started this record almost 3 years ago back in London, when my wife Gita Lake arranged a studio session with this new singer she’d found called Jareth.  I’d written a backing track, and Jareth came in, so I said I was popping round to the shop to get a drink so I’d be back in 10 minutes, to allow the girls to get comfortable with each other.  I came back, and the vocal you hear on the record now, was already done!  The problem was I realised the vocal was a bit special, so I wanted to make the record just as good.  I must have made at least 15 versions of this track.  it’s ridiculous.  The one I released was obviously my favourite

EDM MANIAC: A lot of EDM music outlets including fans have mentioned how “Helium” is such a refreshing sound in the commercialized state of EDM. That being said how do you feel in the way that EDM has progressed from the time you started producing and in the way it’s going towards in the future?

Well yeah we’re in an exciting time for the scene overall, with so much visibility for the scene in N. America, yet musically it’s quite a stagnant time, where a formula for music seems to be winning over creativity.  That’s not good for the health of the scene.  I try to avoid being coloured by fashion though, and just strive for innovation.  I’ll let the sheep follow the pack.

EDM MANIAC: While on the “Helium Tour” across North America what’s something that Chris Lake has to have while on the road?

Well I’m going to Canada, and I’ve been living in Southern California for 2 years, so the biggest jacket known to man, and my MacBook.  I couldn’t live without it now.  It’s so sad I know, but I do EVERYTHING on it!  All my tracks are produced on it too.  I love it!

EDM MANIAC: Being on tour throughout North American with stops in other cities such as San Francisco, El Paso, Atlantic City, and Toronto (to name a few) what difference do you notice within the crowd in terms of energy, atmosphere?

Well you certainly notice a slight variation from city to city, but overall people just want to have fun.  Some places get to hear a lot of this music, then others are less absorbed in the scene, so reactions are different to certain records, but I like a challenge and it keeps me on my toes.  I just like making people dance.  That’s what I live for really.

EDM MANIAC: What are some of your inspirations you reference to while producing?

I get inspired by everything.  Even shitty records.  They inspire me to sound nothing like them!  I love downtempo music, in particular, old trip hop.  It just gets me going!  I love the dark complexity to it.  It’s good moody

EDM MANIAC: Is there like a ‘pre-Chris Lake’ ritual before you play a set at a club or festival?

Haha, that’s my secret!  Honestly, I’m really really chilled out nearly all the time.  I just chill in the hotel room, do some work, catch up on emails, listen to promos, or watch some TV shows, then get ready really late before the show, and not over think what I’m away to do.  I rarely get nervous and I feel very at peace playing to any crowd

EDM MANIAC: “Carry Me Away” featuring Emma Hewitt has always been one of our personal favorites. Can we expect another collaboration with Emma in the near future?

Well I bumped into her a month or so ago in Hollywood, and we spoke about doing something again.  She’s a great girl with a fantastic voice, and I’d love to write something new with her again after all these years

EDM MANIAC: Recently you mentioned on your twitter (@ChrisLake) and I quote “innovation is what will drive this scene forward, and if it’s not encouraged at every stage, the scene will become stale”. What can you say makes a Chris Lake show stand out from other DJs/producer shows?

Well I’d like to think there’s only one Chris Lake!  If there’s another one, I might have to up my game!  I just try to keep it fresh, and play whatever I’m digging at the time.  I’ve made a lot of records over the years too, so I never know what tracks I’m going to drop from the back catalog.

EDM MANIAC: What can we expect from Chris Lake in 2014?

I’ve been writing like crazy.  My next club track is called Squeak, coming out on Ultra, then I’m working on finishing up my next vocal track.  I’m REALLY excited about this one.  I’ve also got many collaborations coming up too.  Lastly, I’ve done a couple of remixes.  One for Indiana – Solo Dancing, that’s working really well in the clubs for me.  I also did a remix with Nom De Strip of NAPT – Surrender, which is super musical, but works great in the clubs.  Watch this space!

EDM MANIAC: Lastly, is there anything you want to say to your fans?