Working hard and playing harder, Bassassin has exploded in the California trap scene. While his sets are always guaranteed to be the pinnacle and excitement, his breadth in music production will constantly keep you guessing for what comes next. His deep understanding of dance music and production has led to his unique combination of trap, dubstep, and bass house. On April 15th, Bassassin is releasing another collection of songs to his already impressive portfolio with his new EP, Music is War. 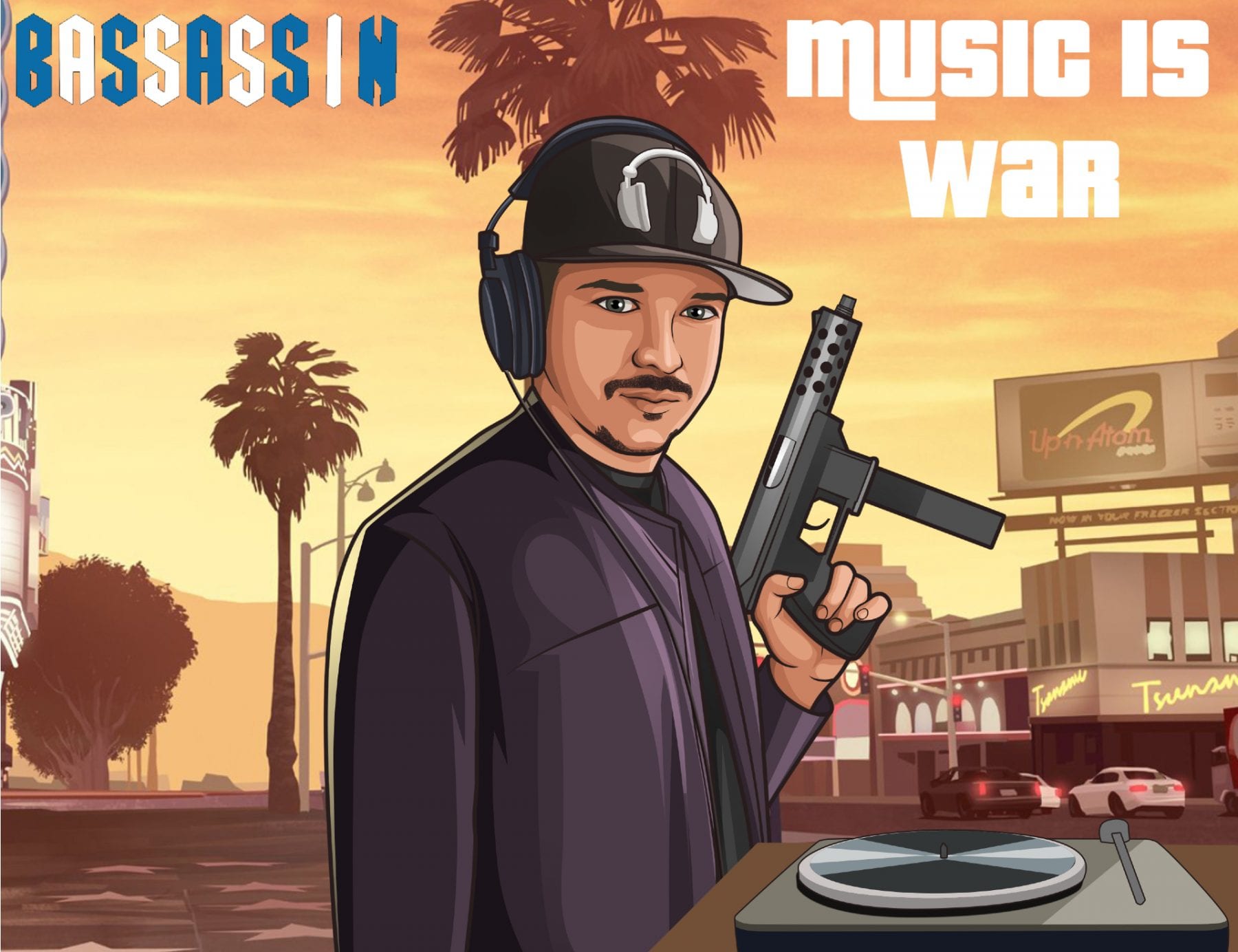 This collection of songs pays homage to his San Diego roots. He uses his art to emulate the graffiti scene and address the social issues relevant to this time. He includes artists such as DJ Paul of Three 6 Mafia and MagMag to compliment the impressive trap energy of his songs. He even brings in an extra flare and samples introductions from Bruce Buffer and 1 Skit. Along with these amazing guests, he incorporates his personal vocal talent with beatboxing and spoken word bars at the end of the EP. The EP consists of three tracks, Electronic Music Gangster, F*CK thee Police and All City. Music is War is easily going to be the soundtrack of a bass head’s summer, and we cannot wait to start playing it on repeat.

While Music is War is the newest release for Bassassin, it is not his first hit-worthy song. He is on the fast track to being a tastemaker in the dance music scene with tracks such as Open Your Eyes, Rage Room, and a remix of Ghastly’s Help. In 2016, he was the second-place winner of the coveted Rémy Producer for his track “I am Dracula“. His diverse skillset and devotion to his craft are some of the many reasons he is bound to grow in the limelight.

While a Bassassin set is guaranteed fun, he’s the definition of hard work paying off. He graduated in 2013 from the Musicians Institute with a focus on Music Production and Music Business. His dedication to building his stage presence and art has led him to grace the stage at many of the most coveted venues in the Southern California area. He has taken over the stage with his brutal bass tracks at clubs like Omnia, Exchange LA, and Heat Ultra Lounge. He continues to put his music out to his fans by releasing new tracks and streaming on Twitch. And, as the 2021 festival season starts coming back, we are guaranteed to see him even more.