2019 has already presented some big changes in the electronic music landscape. Swedish House Mafia will go on tour. Techno and house artists like Nicole Moudaber and Fisher are getting residencies in Vegas this Summer. Ultra is moving to a new venue with a separate island just for Resistance.

With so much big news front-loading the year it can be easy to overlook the music; the very foundation of everything happening in this scene. Well look no further because there are several artists who are already laying claim to 2019. These guys and gals have been around for a while, but this year will see them rise to the next level.

For the past couple years Lubelski has been working his way through ranks of the SoCal house scene. He quickly caught the attention of powerhouses like Desert Hearts with his intuitive production style, and his DJ sets display a selecter whose taste goes so much deeper than four-on-the-floor. After a huge 2018 complete with a release on Audiojack‘s Gruuv imprint entitled “Inner Groove” Lubelski has now graduated into a force all on his own. Alongside fellow Desert Hearts cohort RYBO, Lubelski started his new label Percomaniacs on which he’s put out several of his own tracks as well as numerous cuts from Wyatt Marshall, Morpei, Kevin Anderson and more. Currently he’s on the first nationwide Percomaniacs tour. 10-to-1 Percomaniacs will be international before the end of the year. 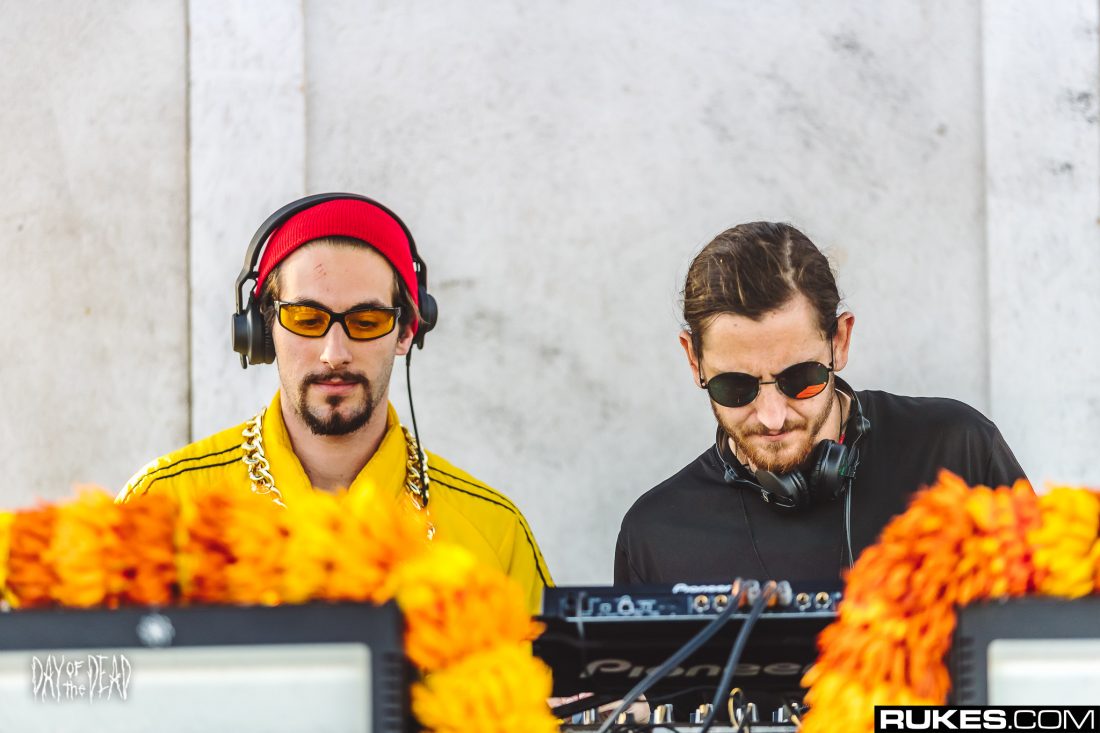 Remember when people were saying dubstep was dead? Well it’s not, and Subtronics is a perfect example as to why. See in the resurgence of dubstep, Excision, Snails and other artists who were always a part of the conversation are now at the top. Subtronics, on the other hand, represents the next generation. He started putting out dubstep back in 2014 when trap was the biggest thing in the world, but he never gave up. He continued to hone his craft and after a few years of hard work he is now embarking on an almost 40-city tour with Blunts and Blondes, he’s opening up for Excision and he’s remixing Zeds Dead. Now dubstep is becoming bigger than ever before, and Subtronics is riding the wave. 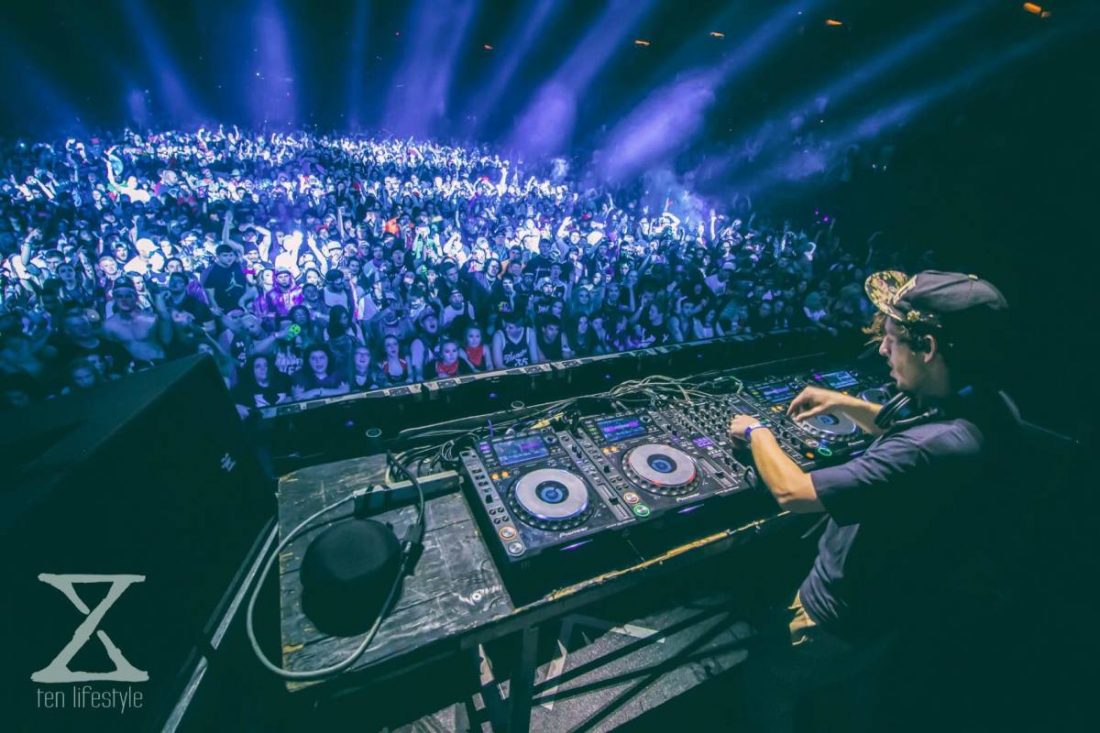 Dirtybird is infamous for bringing artists into a family rather than simply signing them, and VNSSA is the newest member of that family. Sharing bills with DB favorites like Ardalan and Shiba San for a while now, she was given the opening slot at last October’s Dirtybird Campout West and that set is now legendary among the Dirtybird flock. It’s not just the fact that she’s talented, it’s the unmistakable energy she imbues into every set and production. Now she’s just about to release “Word”, her latest single with Walker & Royce. With radio play on KCRW and endless support from other tastemakers, this is set to be one of the biggest tracks of the year. 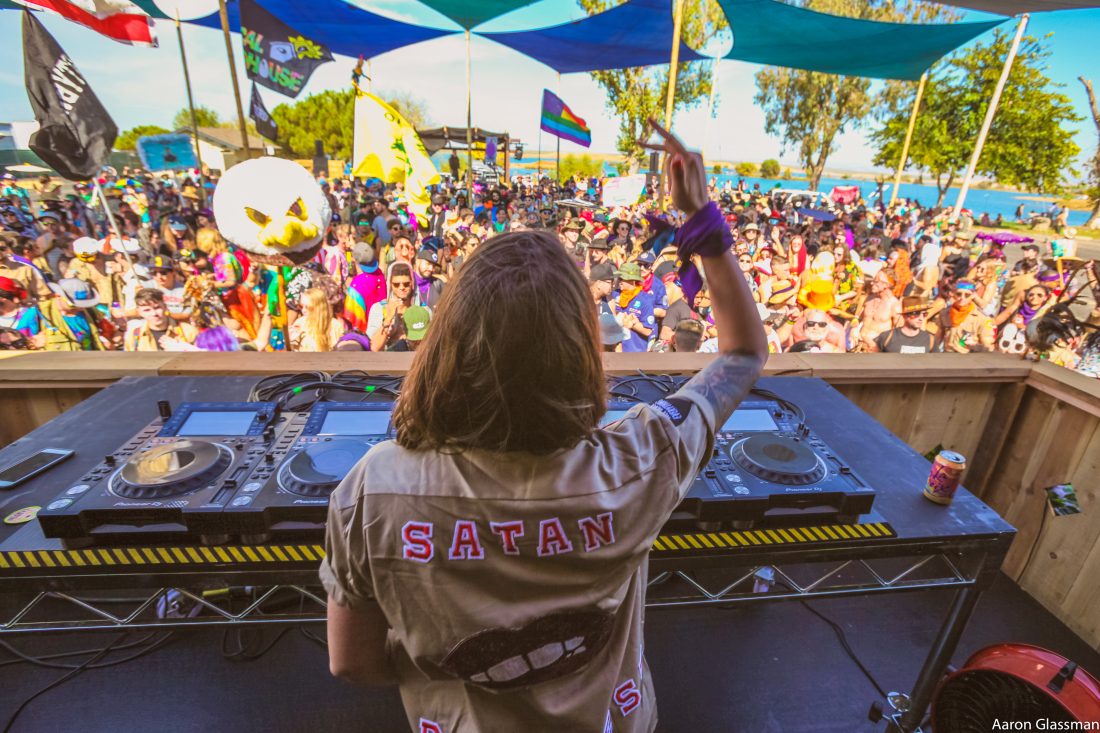 Every once in a while an artist comes along that reminds the entire dance music community of the values of raving. Camaraderie. Friendship. Kindness. Compassion. Jubilance. Bright-fucking-neon-outfits. Ducky epitomizes these qualities and more. In the past year or so she has made her reputation on being an artist who doesn’t conform to any standards in the world of dance music, and has the best time while she does it. Her tracks range in tempo anywhere from 90 to 160 B.P.M.. She’s began curating sets of entirely original productions, and she just started her own label, QUACKHOUSE RECORDINGS, which as of now only features release from the maestro herself. However, with support form Deadbeats, Dim Mak, and Mad Decent under her belt that will likely soon change. 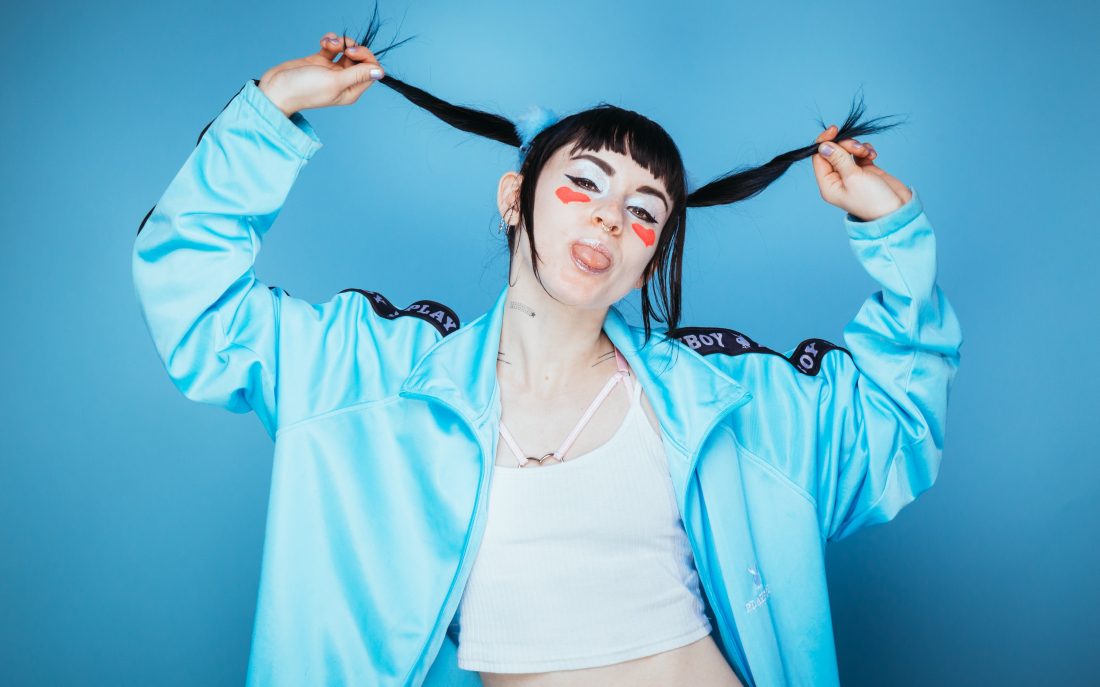 Does anyone remember where Fisher was a couple years ago? He was enjoying himself as a member of the duo Cut Snake coasting through the house music circuit. Then he put out “Ya Kidding” on Dirtybird and the rest is history. Well Rebuke just put out “The Pipe“, his latest dance-floor weapon and this just might be the next “Ya Kidding”. Shiba San, Claude VonStroke and Fisher himself have already shown support. Even if it’s not “The Pipe”, all Rebuke needs to do is follow it up with another hit and he’s golden.

As a label mau5trap has always focused on helping artists grow, and I_o  is growing fast. First appearing on the label in late 2017, I_o has spent his time since defining a style that is equal parts innovative pop and progressive house reminiscent of deadmau5 himself. His tracks never last more then three or four minutes which is rather out of the ordinary for house music, but each one packs enough punch for a track that’s twice as long. I_o has landed his first major festival booking at Beyond Wonderland SoCal 2019, so now he’s in the Insomniac circuit as well. 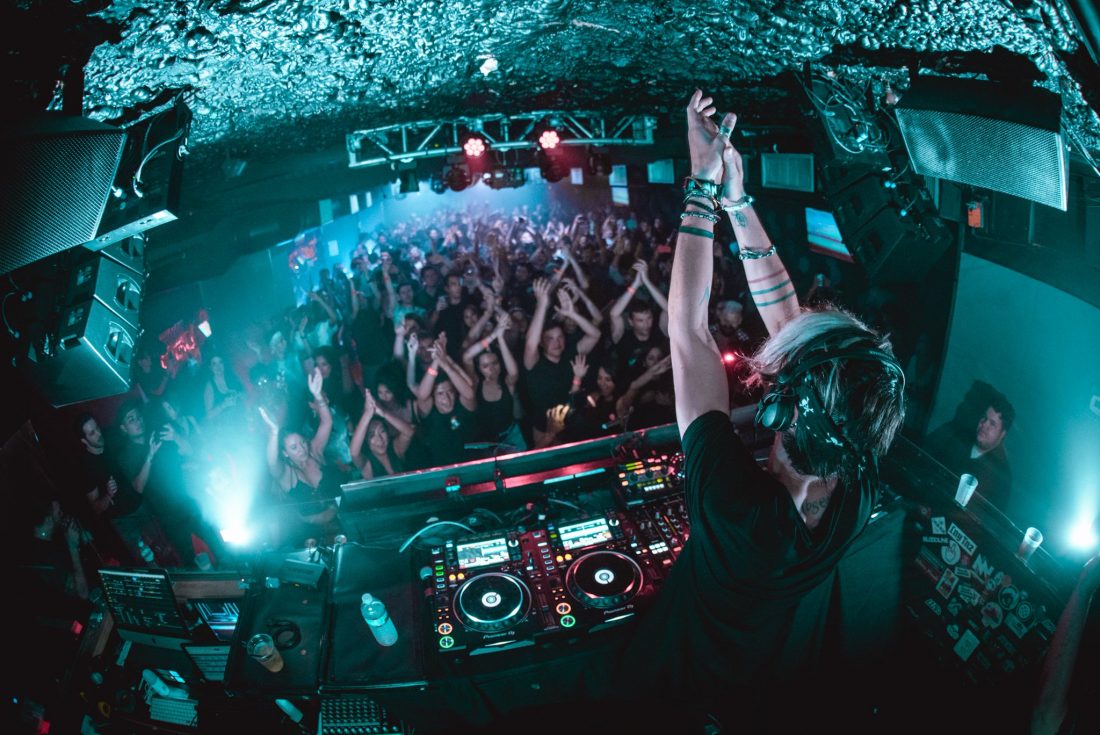 For many artists the whole “anonymous” thing is just a gimmick; something that creates buzz around them with little to no extra effort. What actually matters is if that artist represents an original sound, which is the case with 1788-L. Once the world of electronic music caught wind of this mysterious yet talented character about a year ago everyone wanted a piece. Before long Zeds Dead, RL Grime and numerous others all tapped 1788-L for releases and collaborations. 1788-L landed tours with Rezz and Ekali, also playing large festivals like Snowglobe and Lights All Night. We may not know much about who this person is, but we know they will only get bigger in 2019.

Last year or the year before many “artists to watch” lists included the UK dubstep trio known as Gentlemen’s Club. As natives of dubstep’s country of origin, Coffi, Soloman and 50 Carrot brought a level of authenticity to dubstep that helped revive the scene into its current state of power. Now as they reside one step from the top, two of these gents saw to use their platform to explore a different style of music. XX92 is the side project for Soloman and Coffi where they do nothing but throw hammering 140 garage and bassline. They made an appearance on Jauz‘s debut album last year, and they’ve already put out one release in 2019 on HGMusic. With Gentlemen’s club’s continued rise XX92 might soon become they’re Cirez D: equally desired by fans of the original. 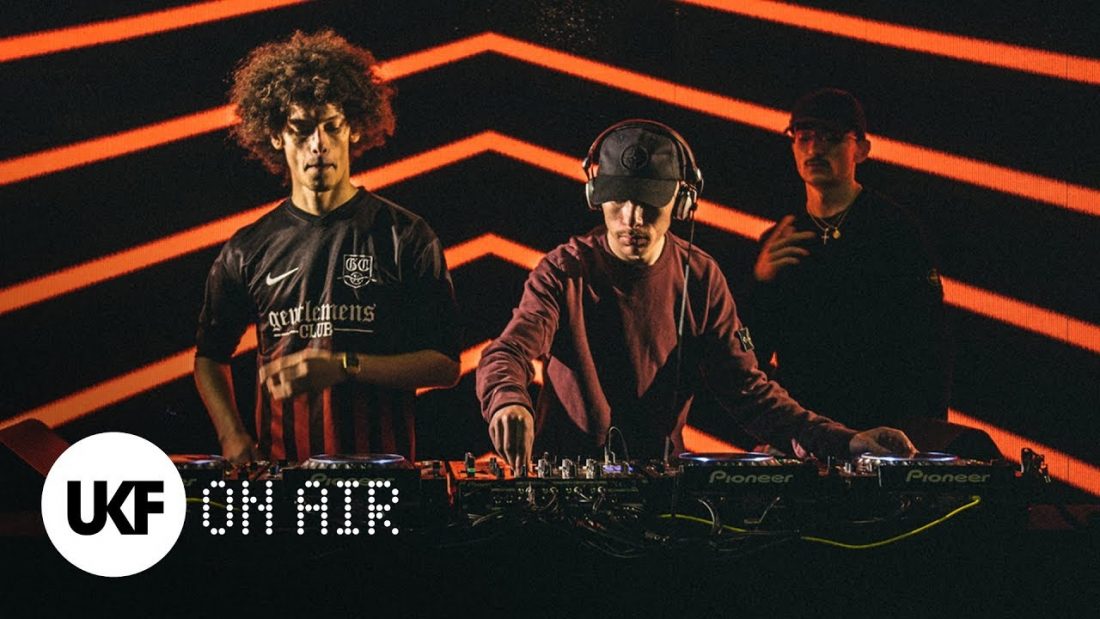