Resistance Will Takeover Its Own Island at Ultra 2019

In 2015, Ultra introduced Resistance as their brand for everything underground, and in an instant, the notorious Miami festival rejected the sensationalized EDM image that engulfed numerous other events at the time.

Now in 2019, after years of expanding to international events and acclaimed Ibiza residencies, Resistance will take over an entire island at this year’s Ultra Music Festival 2o19.

When Ultra confirmed that they would have to move from their decades-long home at Bayfront Park, there was understandably a cloud of uncertainty surrounding the event. After all, a venue change is probably the toughest challenge any event will ever have to face. Luckily, Ultra quickly secured a relocation to Virginia Key which hosted similar events in the past.

Many attendees and staff would have preferred the festival not move for the sake of nostalgia and logistics. However, this new venue offers an exciting opportunity for Resistance. One section of the venue is the island Historic Virginia Key Beach Park, which will house not one, not two, but three stages dedicated to underground dance music with some of the most recognizable DJs on the planet.

Carl Cox will host his mega structure for all three days. Richie Hawtin and his ‘PlayDifferently‘ brand will have their own stage. Finally, the third stage will be known as ‘The Arrival’, which comes straight from the Burning Man camp PLAYGROUND. Even better, the festival will now have extended hours until 2 am, allowing for plenty of sets to be properly enjoyed in the dark.

Check out the full lineup for Resistance 2019 below and get tickets for Ultra Music Festival 2019 here. 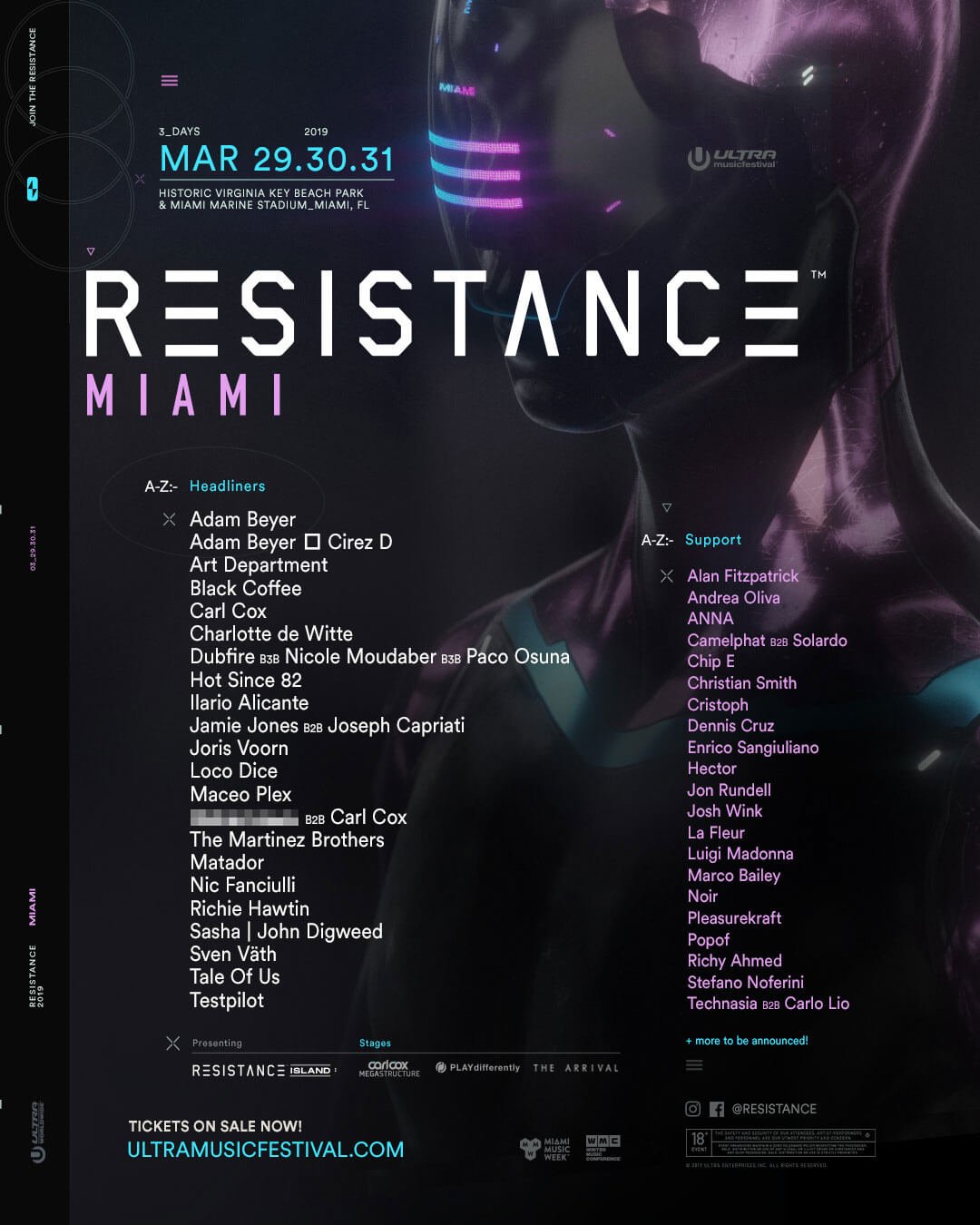