Awakenings is expanding their festival repertoire this year with a brand new Summer Festival. This will be a three-day event across July 29-31, 2022, and it will include camping and a brand new venue: Hilvarenbeek.

The lineup for the new event features a total 131 different artists, honing to the techno sound that built the reputation of Awakenings. Across the three days are exciting rising talents like ONYVAA and Sama Abdulhadi alongside legends of the craft such as Richie Hawtin and Adam Beyer.

“After two years of absence, we cannot wait to be back in the field again. This year we will celebrate our 25th anniversary with a completely new festival with a camping site and three days of music with many familiar and new faces. We never had so many debuts on one event. It feels like we are getting ready for the next 25 years” says Michiel Tettero, music director of Awakenings.

Check out the full lineup for Awakenings Summer Festival below. Tickets will be rolled out in multiple phases. Read on to see the official procedure from Awakenings:

“Weekend tickets for Awakenings Summer Festival will go on sale in multiple phases. Starting on February 17 for people who are in possession of a voucher due to a previously canceled Awakenings event. On February 24, everyone that hasn’t a voucher but who has pre-registered (which is still possible until February 17 at midnight via the Awakenings website) will have access to the ticket sales and finally, on March 1 any remaining tickets will become available to the general public. Single-day tickets will go on sale later on this year.” 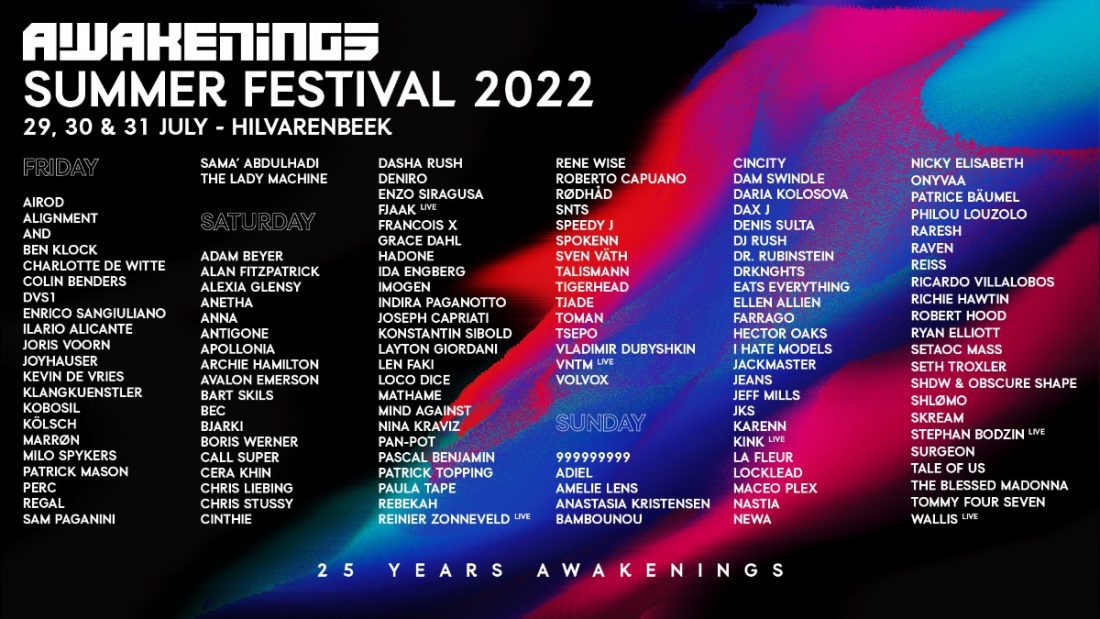