As we delve further into 2020, the world continues to face hardship admits coronavirus lockdowns. Last week, a terrible tragedy struck the city of Beirut in Lebanon in a deadly explosion that shook the country and the world as footage was shared across social media platforms. As a result of one of the largest industrial accidents of our time, hundreds of thousands of people have been affected as homes, businesses, and lives destroyed by the wreckage. The Lebanese government estimates approximately $15 billion dollars of damage to the city and people, which hits even harder during a time of economic crisis.

As always, the dance music community has pulled together to support each other during the darkest times we have faced this year by bringing live streams to our living rooms while raising money for those in need. Beatport Reconnect has been a major contributor by utilizing live streams to raise money for good causes, this time presenting a fundraiser for those affected in Beirut. Back in April, Beatport Reconnect hosted a 34-hour live stream event that raised over $180,000 for COVID relief. The goal this time around is to build on past success by raising over $250,000 for Beirut as part of ‘Together For Beirut.’

The event will take place in two parts, each featuring 24-hours of live streams with 24 sets in 24 hours. The first event kicks off on August 22nd and the second on September 13th, 2020. The live stream marathons will be hosted by techno powerhouse and event extraordinaire Nicole Moudaber in a collaboration with Beatport, Wild Tulum, and Factory People. As someone that shares Lebanese heritage, the cause hits close to home for Nicole Moudaber who states:

“These fundraising events will provide much needed relief and support to the people of Beirut and the many affected by the recent tragedy. International financial aid and support has been overwhelming but it’s not enough. We must support in any way we can to help, and in addition, our efforts will also be helping the music and arts industry of Lebanon which has been wiped out.”

Along with sets from Nicole Moudaber herself, Beatport Reconnect brings a heavy lineup to the big screen with performances by ANNA, John Digweed, Anane, Behrouz, Carl Cox, Damian Lazarus, Dubfire, Victor Calderone, Yousef, Chris Liebing, Nic Fanciulli, Paco Osuna, Pan-Pot, and many more. Donations from these performances will go directly to local NGO’s including Lebanese Red Cross and several music charities in Beirut. Mark your calendars for both events and tune in on the official Twitch channel here! 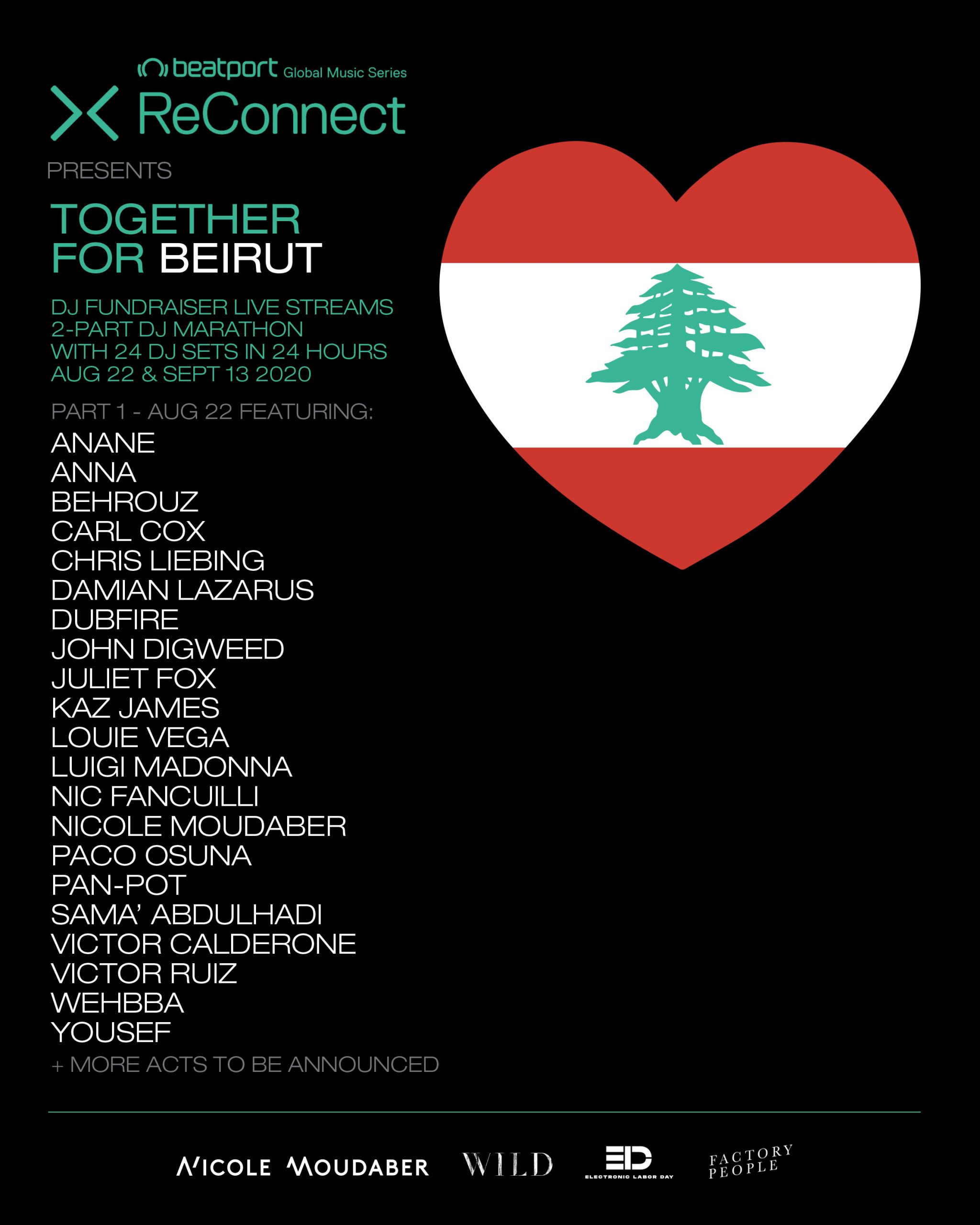 European Promoters Created A Virtual Club, And 40,000 People Couldn't Get In