During this period of no in-person events,  live streams and drive-in’s have become the new normality. Watching live-streamed sets with your friends in the comfort of your living room has taken over as an alternative way of experiencing festivals. Whether you prefer it or not, we have seen some amazing sets in some amazing locations. Here are some of our favorite live stream locations we have seen thus far. 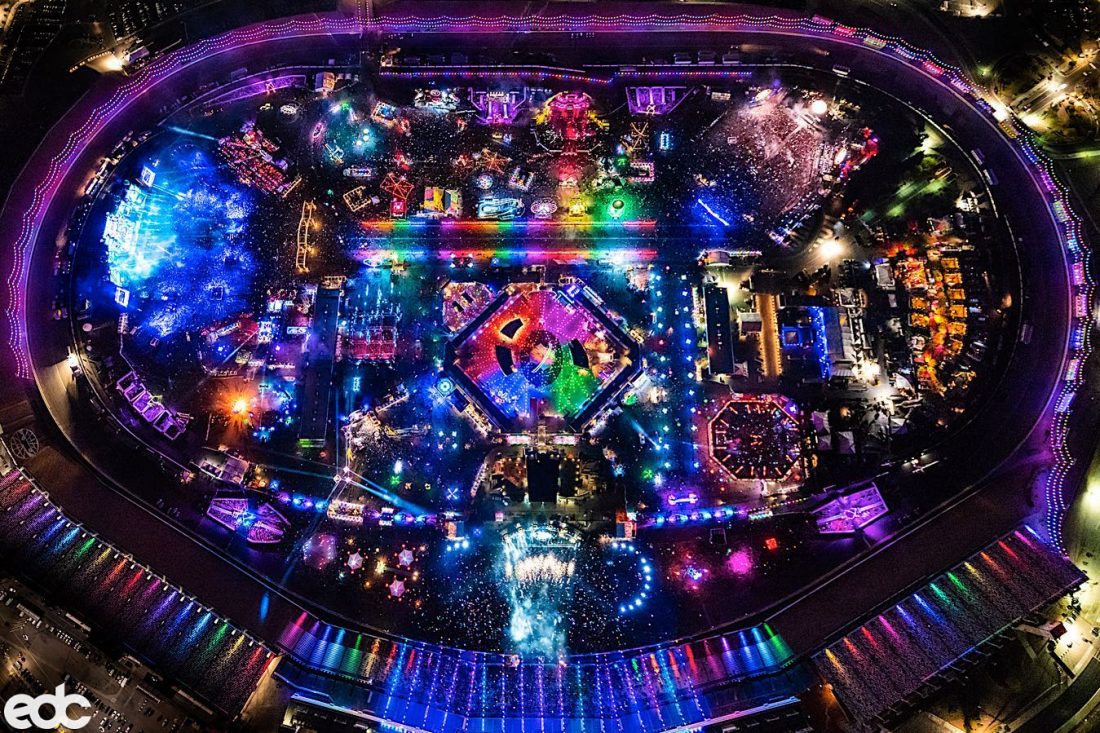 The live stream consisted of artists performing across two different streaming channels and multiple custom stages which were streamed via Twitch and YouTube. These stages ranged from visually appealing audio and visual tunnels, Las Vegas night clubs, and custom-built and designed stages. The diversity and originality in all of these set locations made EDC Las Vegas’s virtual rave-a-thon one of the best live stream locations we have seen thus far.

Visit Insomniac’s YouTube channel to re-live some of these amazing live stream locations and performances.

Excision did not disappoint with his rendition of live-streamed events by bringing Lost Lands to couches around the world. Initially scheduled for September 24th – 26th, Excision and his team launched Couchlands Episode 3.  This two-day event featured today’s top artists in bass music and also headlined Excision, his first live stream performance.

The stage featured a jaw-dropping visual and audio performance in a jungle, Jurassic park-like setting. The constant reflection of lights and lasers bouncing off the jungle floor makes this live stream location one of the best on our list.

Excision closed out the night with his own custom visual and audio performance which showcased his new record label, Subsidia. This one-hour and twenty-minute performance showcased a plethora of new music and was accompanied by an incredible, visually gratifying bass music experience you would only find if you were to actually attend an Excision show. 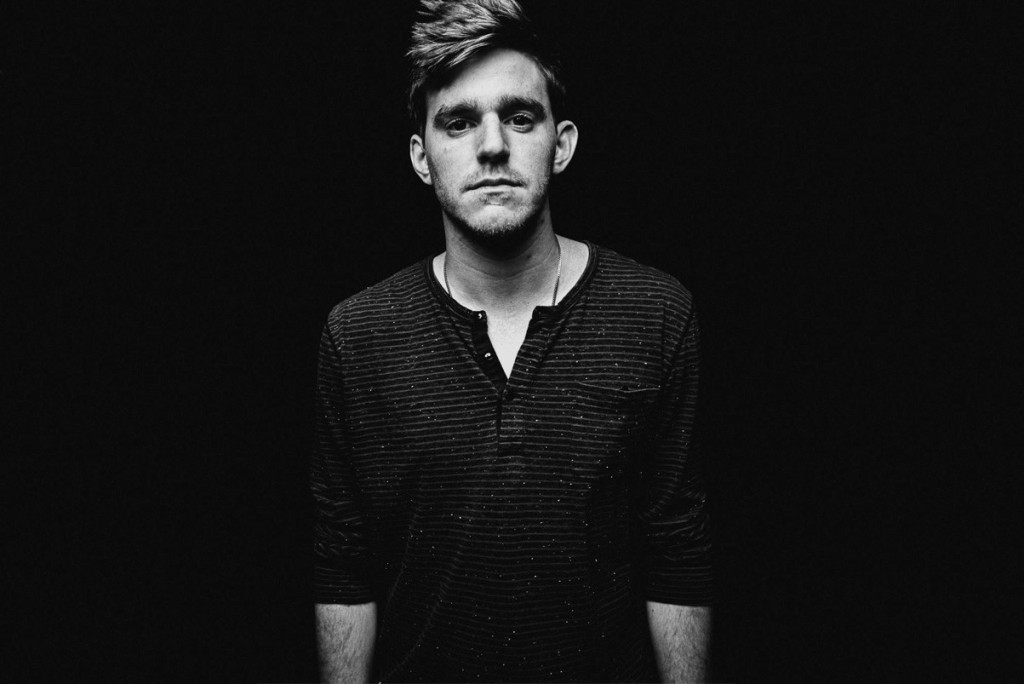 Slander and NGHTMRE teamed up to put on one of the most unique and exciting live stream locations we have seen thus far. Set in an unidentified remote location, this single day live-streamed event included Svdden Death, Wavedash, and Kraysh. These artists have been working alongside both Slander and NGHTMRE ever since they created their record label, Gud Vibrations, back in 2016.

The live stream took place in what seemed to be a desert, burning man-like environment. The towering art sculptured medusas and continuous bombardment of flames created an incredible atmosphere and helped make this live stream one of our favorite live stream locations that we have seen thus far. 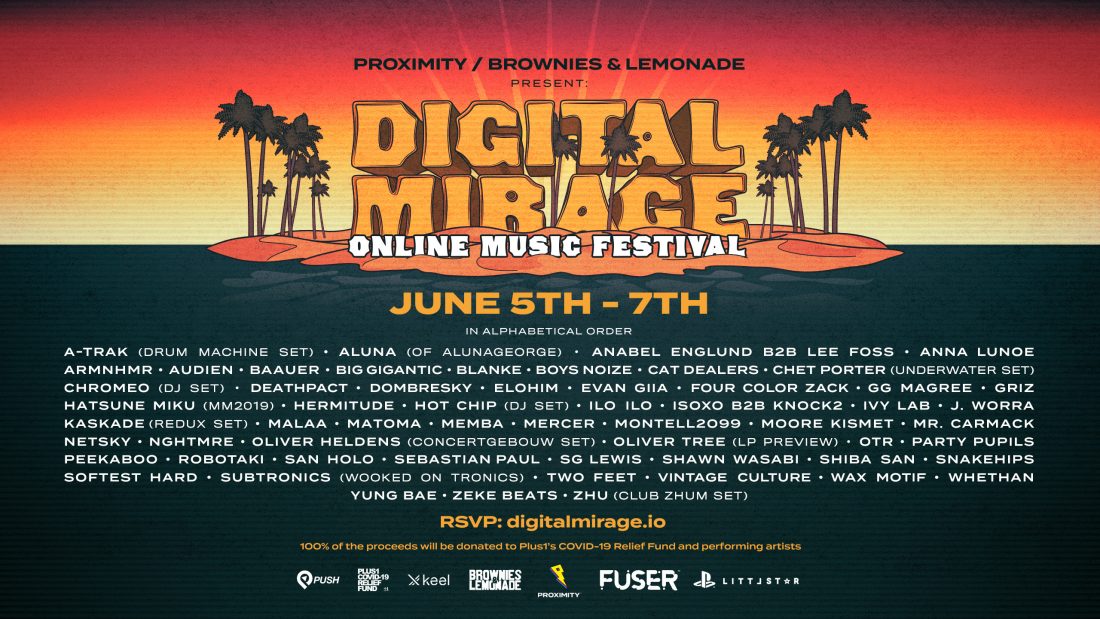 Proximity and Brownies and Lemonade partnered up to host Digital Mirage Online Music Festival 2.0. This three-day event was streamed on Proximities YouTube channel and included names such as Kaskake, Chet Porter, Subtronics, and many more. Each live stream was recorded in a different location, providing audiences with new set locations for almost every set that was performed.

These performance locations ranged from Gryffin’s ocean views to San Holo’s first-ever slow-motion DJ set and Kaskake’s performance in an undisclosed loft location. Either way, each of these performances brought with them their own originality and location which is why this live stream is one of the best live stream locations we have seen thus far. 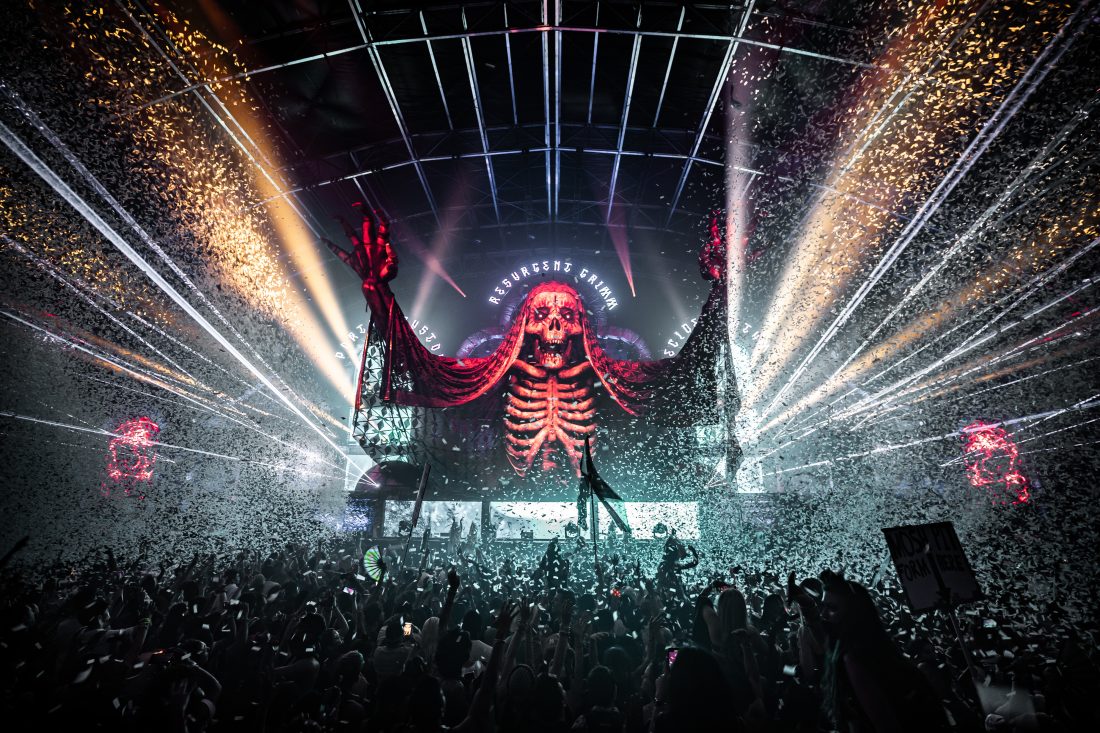 The combination of spooky costumes and decor is what made this live stream one of the best live stream locations we have seen thus far. Keep an eye on Insomniac’s YouTube channel for all of these streams to be released, you do not want to miss it!

RÜFÜS DU SOL Is Officially Working On A New Album