Above & Beyond Announced For Dreamstate 2019

Hold on to your seats, trance family!

Today, the Dreamstate team announced that Above & Beyond will play a special 2-hour set at this year’s Dreamstate 2019.  Fresh off their EDC Las Vegas performance last month the boys will be back on the West Coast for an epic trance weekend! However, this year will mark the first time the group has played Insomniac’s flagship trance event in San Bernardino. Though they’re no stranger to Southern California. The trio has sold out shows at LA’s Convention Center, The Hollywood Bowl and recently debuted Anjunabeach, their beachside festival in Huntington Beach, California.

If you want to make some trance travel plans before Dreamstate 2019, Above & Beyond has a big year ahead of them with stops around the world and a few stateside. They return to the Gorge Amphitheater in Washington State this July for their first ever “Group Therapy Weekender” camping festival and have stops across Europe, including at Tomorrowland.

A big year still ahead for the boys before they touch down at Dreamstate Southern California, this November 23 & 24. Tickets on sale Friday at 12pm. 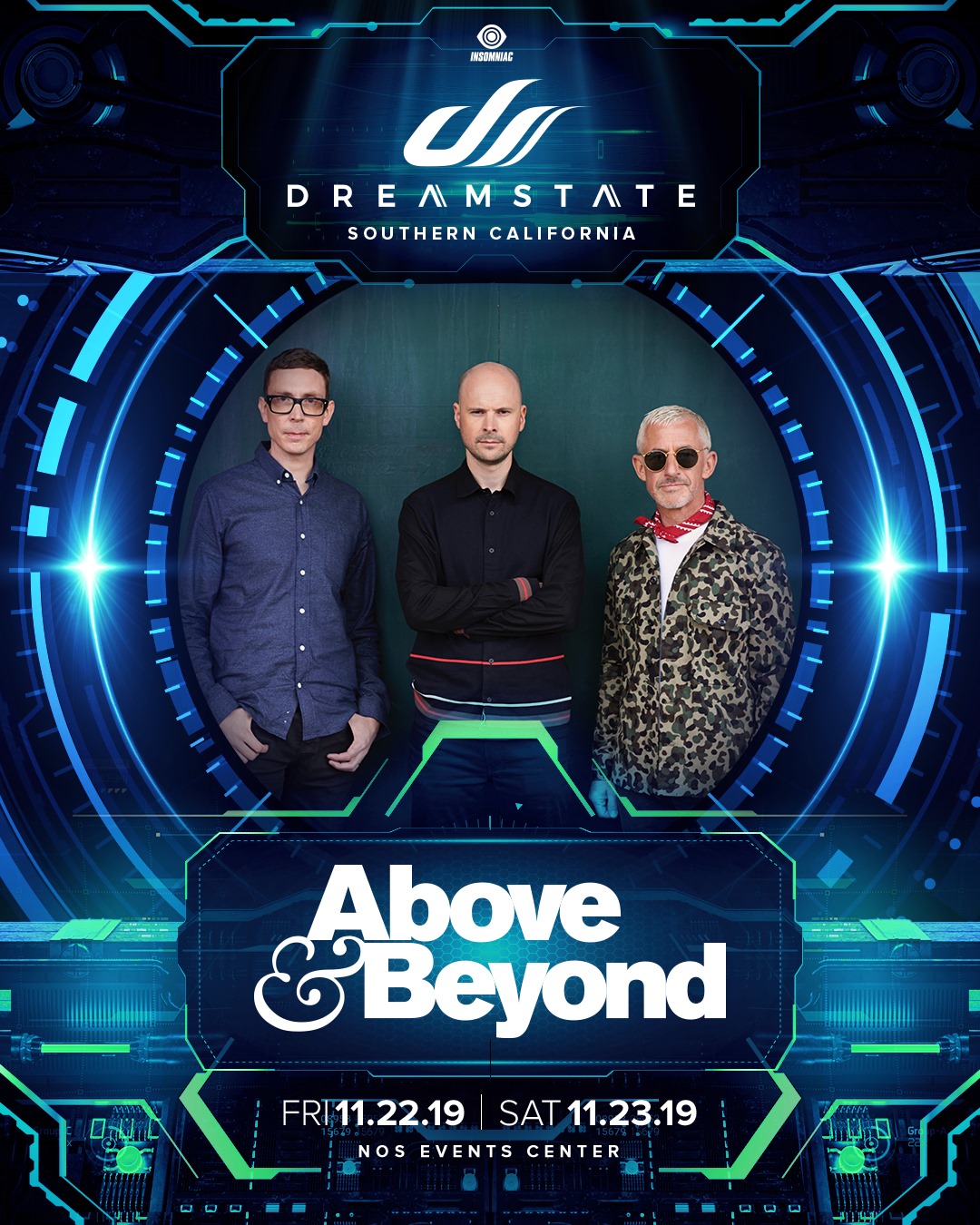