The one and only GRiZ has announced, once again, one of his favorite events. He will be bringing back his “GRiZMAS in July’ shows which will entail two nights at Greenfield Lake Amphitheatre in Wilmington, North Carolina. 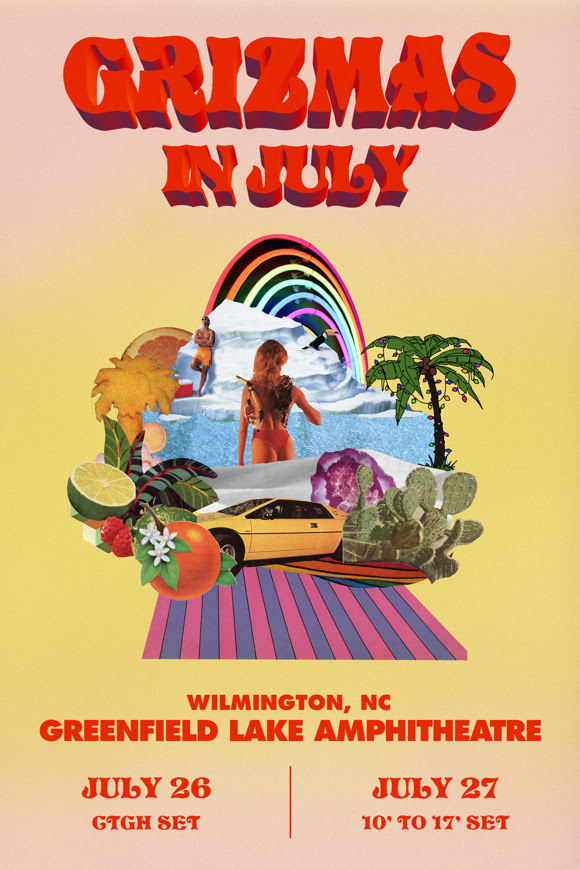 The first night is July 26th and GRiZ will be performing a ‘Chasing the Golden Hour’ set. On Saturday, July 27th, he’ll give the fans what they love. Music lovers can’t get enough of throwbacks, so GRiZ will be playing his biggest hits spanning from 2010-2017. Artist pre-sale will begin today at 12 PM ET and will end Thursday, June 20 at 10 PM ET. Attendees are encouraged to purchase tickets during the artist-pre sale as both shows sold out at rapid speed in the first year. Get your tickets here.  The code is murraygrizmas.

There is surely no downtime for this artist. Following the release of his sixth studio album Ride Waves, GRiZ is continuing his tour of the word as he just completed a round of US headlining dates. Next, he’ll touch down in Europe & UK before he takes on GRiZMAS in July.

Above & Beyond Announced For Dreamstate 2019