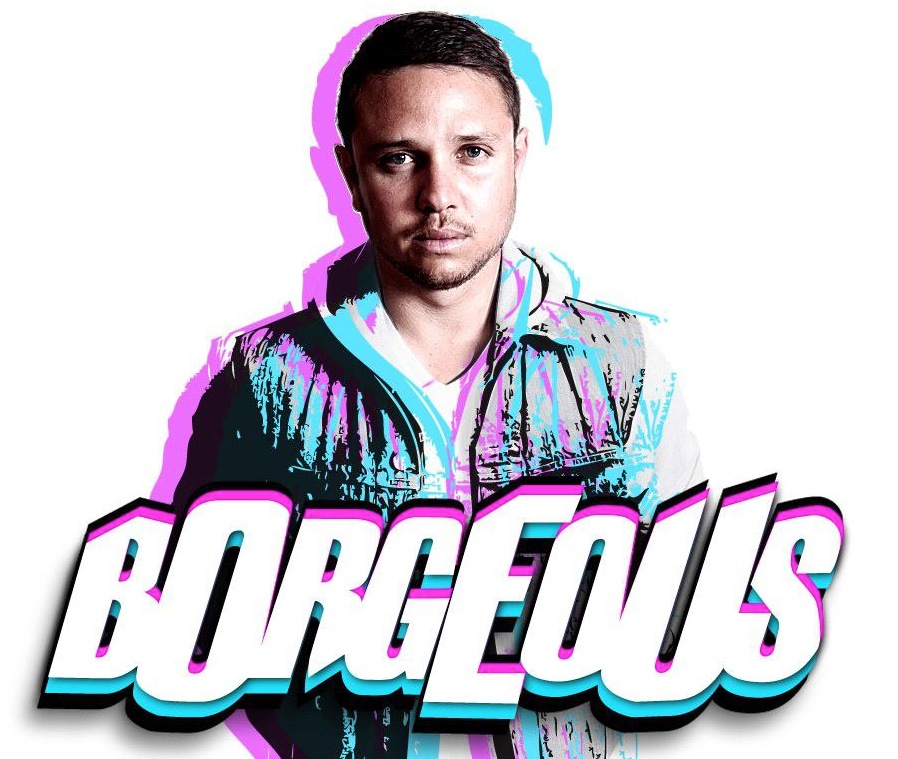 The ‘Tsunami’ Has Hit – An Interview with Borgeous

John Borger, currently residing in Los Angeles, California, has taken the EDM scene by storm in the past year.  If you haven’t already heard of BORGEOUS, there’s a good reason why, and we’ll get to that in a moment.

Just over a year ago in 2012/2013 BORGEOUS released 4 tracks. A very catchy and fun remix of Tupac’s “California Love” called ‘From Cali With Love’ will get anyone on the West Coast dancing. If you’re ever feeling like a “bitch” listen to one of our favorites ‘AGGRO,’ the vocals will make you get up off your chair. Rounded off with ‘Rages to Riches’ and ‘GANGSTEROUS,’ we strongly suggest you give his early tracks a listen, they really define the diversity BORGEOUS want’s to deliver to the dance floors.

Last year there’s a good chance you heard the track ‘Tsunami.’ First played by Sander van Doorn, ‘Tsunami’ destroyed main stages across the world. Billboard Magazine even called it “the most played tune at Tomorrowland (2013).” The producers behind the hit track was kept a mystery for quite some time as nobody knew who was behind it, and everyone was kept guessing. Sander van Doorn continually denied creating the track, and not until August 16th when Pete Tong of BBC Radio 1 confirmed the collaboration behind one of the biggest hit’s of 2013 to be BORGEOUS and Canadian Duo DVBBS was the mystery finally revealed. Being officially released 3 days later on Doorn Records, ‘Tsunami’ has crushed the charts, hitting #1 on the Beatport 100 within a week, and going on to be #1 on iTunes across the world, including Germany, Austria, Denmark, Sweden, Canada, Netherlands, and Belgium.

On October 15th, 2013, Following the extreme success of ‘Tsunami’ BORGEOUS officially signed with Spinnin’ Records, and has since released two more tracks. His next production was ‘Stampede,’ another collobaration with DVBBS, this time including the ever so popular Dimitri Vegas and Like Mike, creators of the Tomorrowland 2013 Anthem – ‘CHATAHOOCHEE.’ Early 2014 BORGEOUS released ‘Invincible,’ a solo production which has a much more mellow feel from the electro house of ‘Stampede’ and ‘Tsunami,’ proving BORGEOUS can’t be limited to just one style, and will continue to surprise and keep us guessing what he will produce next.

BORGEOUS is currently DJing around the world on his “Invincible Tour,” visiting counties as far as Ireland, Austria, and Canada. Be sure to check his tour dates as there’s a good chance he will be somewhere near you! If you aren’t able to catch him live, don’t worry, BORGEOUS has just began a new podcast titled ‘House of Borgeous’ which you can find on his SoundCloud or YouTube.

We’re thrilled to see how BORGEOUS’s career has taken off, and will continue to keep a close eye on what he’s up to. The diversity of track’s he’s produced in a short time is quite impressive. We have no idea what he’ll have up his sleeve next, and we like that.

Q: Congrats on the success of the new single, can you tell us a little bit about the inspiration for Invincible?

Thank you I really appreciate that. The inspiration for Invincible really came from just really wanting to do something different and not do what everyone else is doing. I wanted to do a very powerful vocal record that can touch people and people will remember. I’ve had fans get tattoos because of this song, which means the world to me.

Q: For those that aren’t familiar with your sound, could you describe it to us?

I wouldn’t really say I have a sound I really actually don’t ever want to have a sound so to speak I want to be very diverse and do different things But if we were to categorize it I would probably say electro house.

Q: The massive success of Tsunami has been absolutely unbelievable. Did you ever feel this was going to be as big of a track as it was? How would you describe how you felt when the track reached the top Beatport charts?

Yea it’s been a crazy ride. I don’t really think anyone gets in the studio and thinks that the song is going to be that big you just kind of hope it does. It’s all about timing and a little luck I guess and a unique new sound that really helped. I mean the feeling was unreal I can’t even describe it…I’m extremely grateful for everything. It’s been an amazing feeling.

Q: The dance music scene is filled with European DJs/producers, could you tell us what it’s like to be representing the USA?

That’s a lot of pressure hahaha representing the USA hmm…I mean there is only a handful of us so I mean it feels good. I’m extremely focused and driven so I definitely wont let you guys down, that much I can promise =)

Q: What some advice you could give to aspiring DJs/producers?

Q: Dance music has exploded in the states recently, where do you see it going, and how do you think you’d best be able to contribute to it’s growth?

Yea it has. It’s pretty crazy. I see it growing a lot more actually which is a good thing I think for everyone. I mean I just want to make good songs that people can dance to at a club, dance and sing to in their shower and sing along to in their car, thats all.

Q: What’s a few things you’ve learned about the the industry that might be helpful for anyone pursuing a career?

Believe in your music you are making and be able to take constructive criticism and be able to block out the haters and focus on what you’re doing only and have a very thick skin.

Q: Where have been some of your favorite places to play?

Q: What are some events you’re looking forward to this year?

Q: Is there anything you’d like to say to your fans?

Thank you for the on going support and love, I appreciate it more than you could ever imagine. I’m looking forward to starting this crazy and amazing journey with everyone =) #BORGEOUSFAM