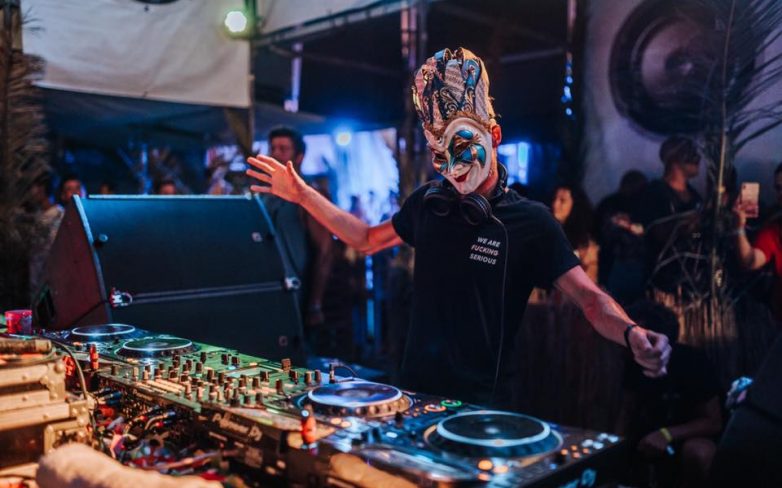 The EDC Las Vegas 2020 lineup is starting to take shape!

German “high-tech” minimal techno DJ and producer Boris Brejcha is undoubtedly one of the most popular and well-respected artists of our time. Over the years, he’s pioneered his own genre of minimal techno that has resonated in a sea of similar-sounding music. Known for his meticulous attention to both his live sets and original productions, he has become widely respected in the festival circuit and in the club scene.

It’s very likely you may know Boris because of his “Jester” mask that he adorns (inspired by a trip to Rio) while he rips through his sets. The mask adds just the right amount of mystique to his already electrifying on-stage character.

You may also know him from his live streams. His live sets have locked in an impressive 60 million views from his Tomorrowland and Cercle sets alone. In this steaming age, those kinds of views can propel an artist into an entirely new dimension. He’s highly sought-after and has played the biggest festivals around the globe.

What better festival to hit up next then one of most in-demand festivals right now: EDC Las Vegas. Boris has confirmed to @AustinFenns (Twitter) via Instagram that he will make his EDC debut at North America’s largest dance music festival this May. Confirming one of EDM Maniac’s predictions, Boris responded with a simple “yes, I play there.”

Boris Brejcha confirmed by himself for EDC this year @EDMManiac pic.twitter.com/jmDXcGOCMp

So there you have it — Boris will bring his incredible, genre-bending sound to the neonGarden (hosted by Factory 93) home to one of biggest festivals in the world, EDC Las Vegas 2020. Tickets are completely sold out.

To get yourself ready for his EDC set, Boris has a new album out this Friday, January 24th. You can pre-order it here.