As everyone knows, Carl Cox has had a massive impact on the EDM scene, specifically techno. He’s most well known for his massive parties in Ibiza as was other music festivals. One of his most unique locations to spin at is in the desert. His camp at Burning Man, Playground, is always providing some of the best beats at the festival.

Just last year, he announced that he would be hosting a party in San Francisco in order to raise funds for the annual trip to Burning Man. This event will be hosted at The Midway on Friday, March 22nd. This will be a Playground fundraiser you won’t want to miss. 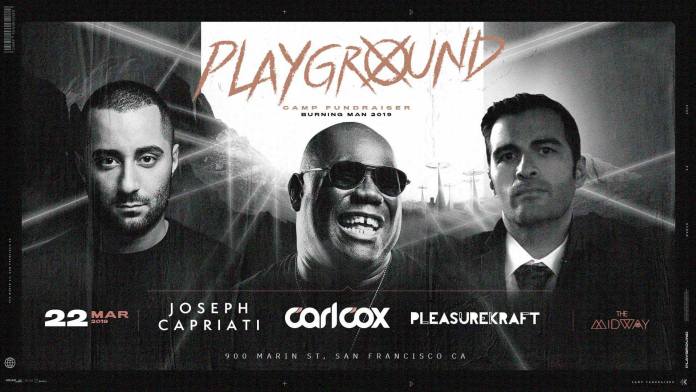 Returning to the fundraiser will be Joseph Capriati, Syd Gris, and Brennen Grey. Joining all the fuss will be Pleasurekraft, Mark London, and Ben Seagren.

Tickets are already at Tier 2, so grab them today by clicking here!