The lineup for the 2022 Coachella Valley Music And Arts Festival is finally here. Topping the bill are Harry Styles, Billie Eilish, Ye (formerly known as Kanye West), with a special performance from the already teased Swedish House Mafia (SHM).

As of now, it is not confirmed on which day SHM will perform. Their performance is listed as “Returning To The Desert,” and their name lives on the bottom of the lineup. The only time there’s been a similar listing on the lineup was back in 2019, coincidentally for Kanye West.

West announced a last-minute performance of Sunday Service on the second weekend. Coachella then added the addendum “Featuring Sunday Service on Easter” to the poster. West ended up performing on a manmade hill in the campgrounds with a full band on Sunday morning.

SHM probably won’t set up in the campgrounds, but when it comes to Coachella, anything is possible. Especially with a special mention on the lineup.

Further down the roster, techno and alternative live acts dominate the electronic music presence. The acts with the highest listing all depart from the standard DJ set format in lieu of something more visceral and intuitive: Louis the Child, Flume, Disclosure, and Jamie XX.

Most of the DJs on the lineup will likely perform in the Yuma Tent, Coachella’s on-site nightclub. Some of the exciting offerings include a shared set from Honey Dijon and The Blessed Madonna, techno valkyrie ANNA, and tech house party animal Michael Bibi. Back when Coachella announced the 2020 lineup,  Fatboy Slim was set to play Yuma as well. Hopefully, that is still the case.

A DJ act that is likely to be on a stage other than the Yuma is Duck Sauce, the collaborative funkified project from A-trak and Armand Van Helden. Future house pioneer Tchami is also likely to perform outside Yuma.

Throughout Coachella’s more-than-20-year history, there has never been more speculation and anticipation surrounding their lineup than there was this year. Fans were eager to know which acts from the lost 2020 roster would make it to 2022. Then with the controversy surrounding Travis Scott, it was unlikely he would keep his headlining slot. 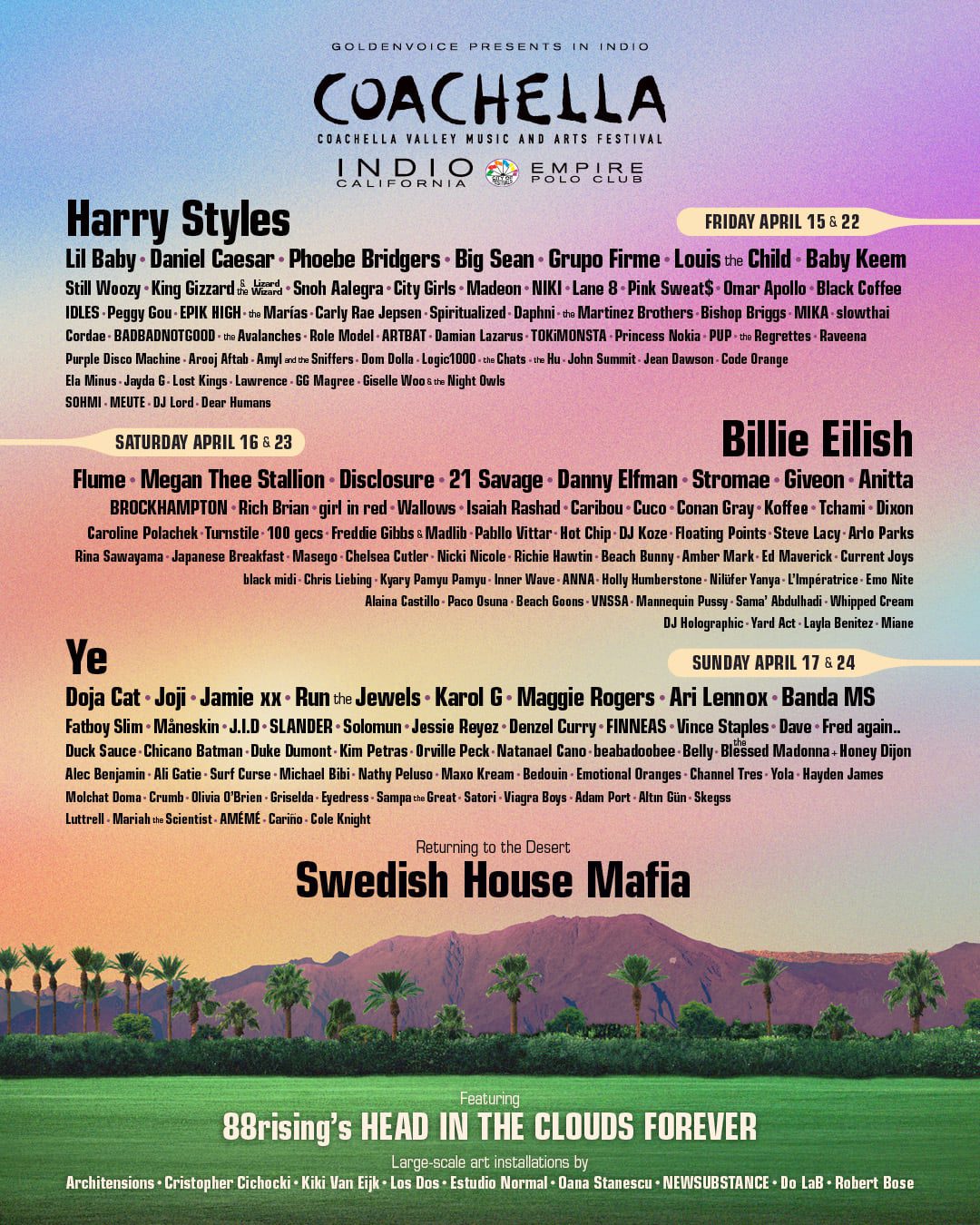 Basscon Is Coming Back To SoCal For Wasteland 2022