By now you either like or hate the lineup for Coachella. As a Coachella veteran and former resident of the Coachella Valley who has covered this festival for years, the lineup is much more diverse than years past. About one third of the acts are female this year – with a very heavy rap and R & B influence. I’m not mad or upset with the big about face this year as I don’t go to Coachella solely for the music. I go for the experience.

With that said, tickets to this year’s Coachella Valley Music and Arts Festival go on sale Friday, January 5th at 12pm PST at  https://www.coachella.com/.

General admission passes are $429, including fees and taxes, while the Festival Pass and Shuttle Combo is $504. VIP Festival Passes are $999 and VIP parking is $150.

Beyoncé, Eminem and The Weeknd will headline both weekends – April 13-15 and April 20-22 at the Empire Polo Club in Indio.

Stay with EDM Maniac for continuing Coachella coverage in the months leading up to the big festival. 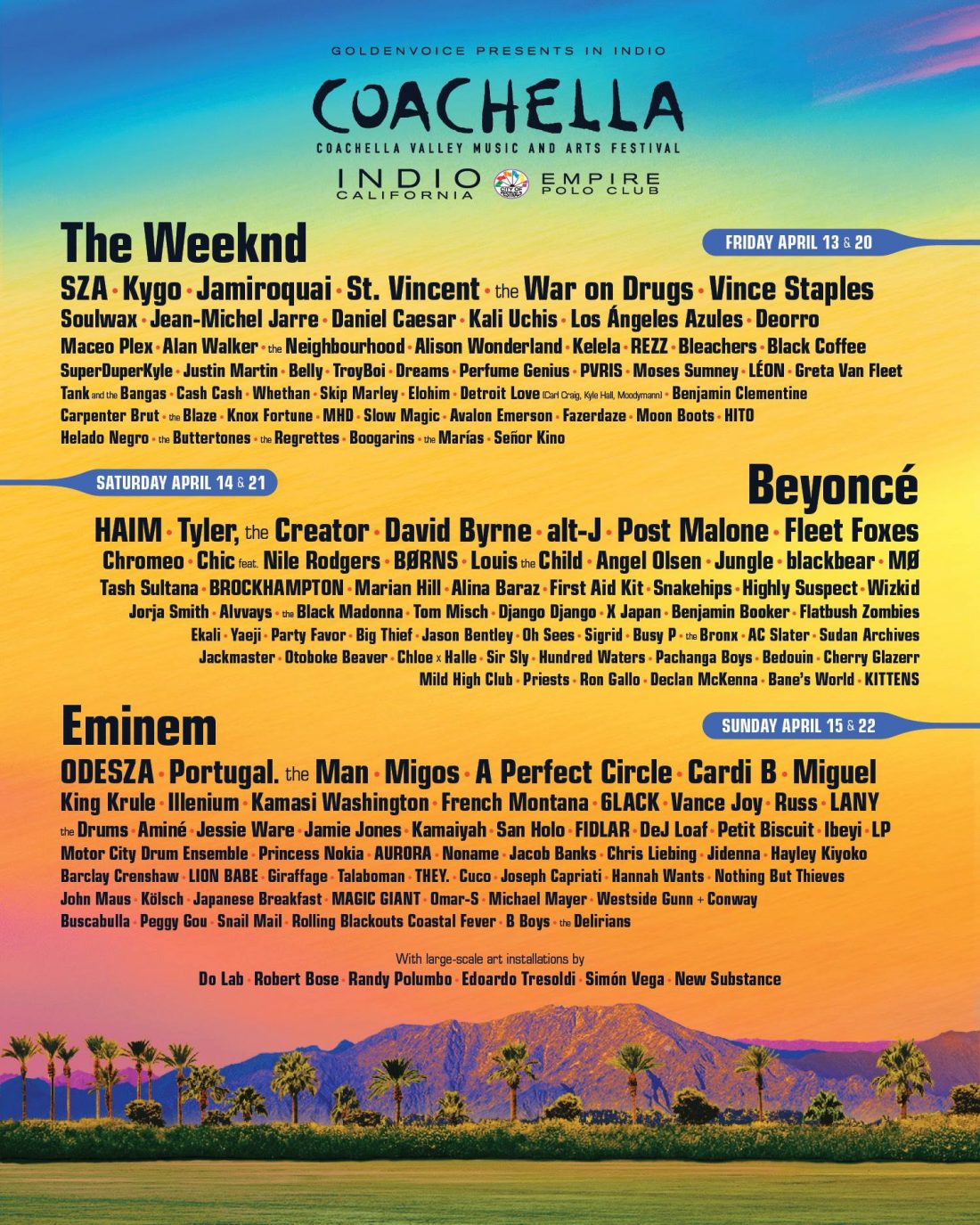