The student-run competition challenges college students to run guerilla marketing and influencer campaigns on their campuses to encourage students to buy pre-sale tickets. The intense 48-hour campaign ends with the schools with the most presale tickets actually getting to plan the event to bring Chris Lorenzo to a nearby location.

Chris Lorenzo said about the creative competition, “Ever since I started touring North America, the whole college system has been a big part of my journey. Whether playing unofficial after-parties or the official frat shows over the years, I’ve always loved the energy the crowds have. It reminds me of when I started DJing back in the UK. So, to be able to have 70 colleges in America pitch for me to come to play and then actually get to play 6 huge shows will be a lot of fun. I’m excited to see who wins and then come and smash the shows for the fans. Let’s Go!”

Since Fall 2016, the Monster Energy Up & Up Festival has challenged the traditional, outdated-college concert experience which relies on programming boards and middlemen. The Up & Up created a platform for college students to bring the artists they want to their campuses while teaching them skills in sales and instilling a sense of ownership and achievement. Past headliners include Cash Cash, Alan Walker, Slushii, Troyboi, and San Holo.

The top six schools with the most pre-sale tickets after 48 hours win. The national competition kicks off on February 15 at 4PM EST. More information on the Up & Up Festival challenge to bring Chris Lorenzo to your area can be found here. 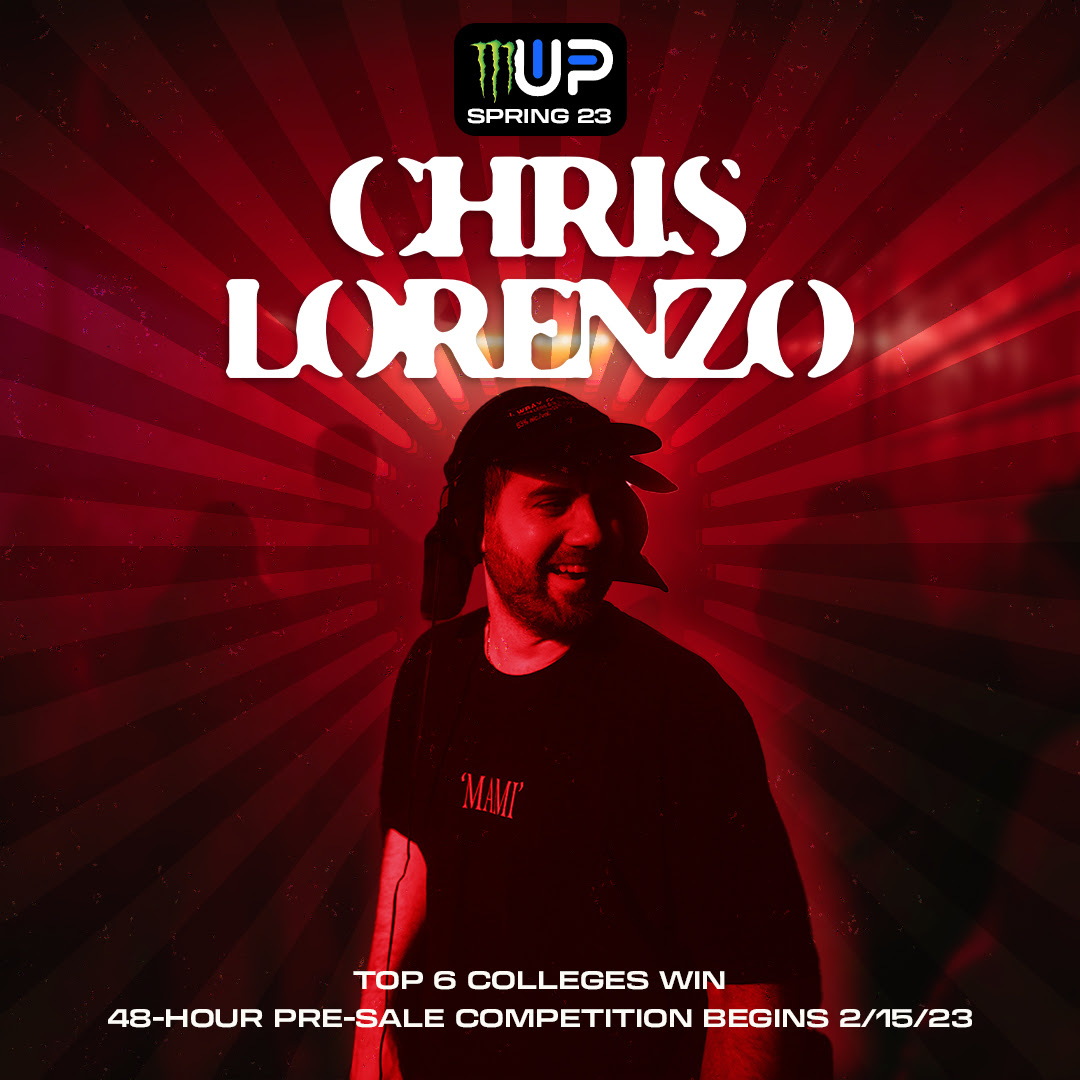 Featured image from Up & Up and The Press House

6 Of The Craziest EDM News Stories From 2022