This Cooler Has Raised 8 Million Dollars

Imagine waking up at your campsite after a long night of dancing. All you want is something cold to drink. Perhaps a nice blended margarita? Well, how can you pull that off while camping at say, TomorrowWorld? Well, you can thanks to the coolest cooler ever.

It’s called “Coolest” and its pretty much a party on wheels. The 60-quart cooler will make you the talk of the party. There’s a built-in ice crushing blender so you can make those margaritas and blended drinks on the go. Also included is a removable waterproof bluetooth speaker, usb charger, led lid light, a bottle opener and storage for plates and utensils. There’s also a cooler divider that can also act as a cutting board. Coolest also has extra wide rolling tires so you won’t have problems taking it anywhere. Manufacturing is set to begin in December. By February of next year – Coolest should be ready to ship out. This Kickstarter campaign was launched back on July 8th and ends on August 29th,  so there is still time for you to back the project.

For $185 dollars you can have your very own Coolest. The original goal was $50,000  but that was surpassed pretty quickly. So far $8 million dollars has been raised. This is expected to be one of the highest funded projects ever for Kickstarter. If you decide to get one, we promise you will be the coolest person in the campground. 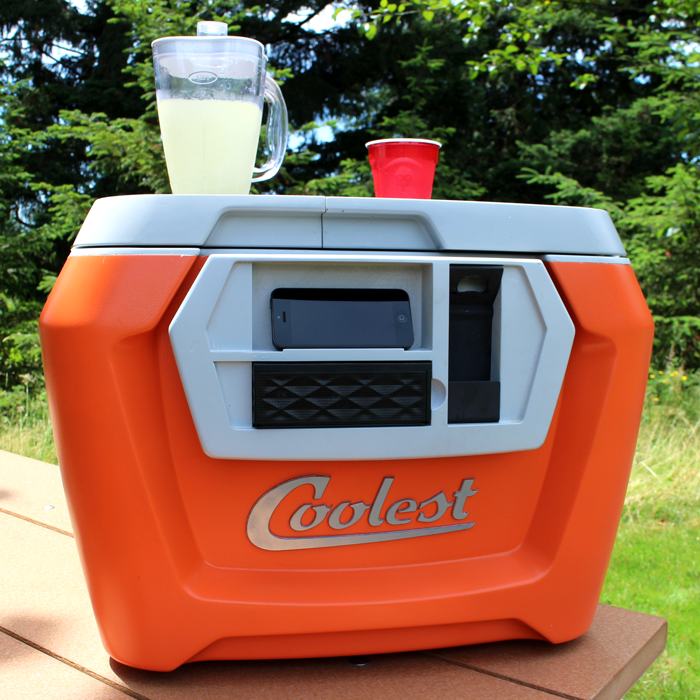