Yet another festival has decided to expand into the ever trending 4-day format, as the UK’s historic Creamfields has announced an additional day for their 2016 event. While last year’s took place over 3 days, this year’s festivities will run from Thursday, August 25th, until Sunday, August 28th in the Daresbury village of Cheshire, England.

But, that’s not all! Creamfields festival also revealed a super stacked lineup for it’s [technically] 18th year. It all starts out Thursday, starting the weekend off with performances by Sunnery James & Ryan Marciano, Kryder, Eddie Halliwell, Ben Gold and many more. Then on Friday, the festival will kick it into high gear for the 3 main days with 6 stages featuring a plethora of talented international headliners. Artists like, Armin Van Buuren, Andy C, The Martinez Brothers, Jamie Jones, and Andrew Rayel are all set to deliver sets on Friday.

Saturday and Sunday will only offer more excitement for EDM fans, as more stages are added each day. Saturday boasts a lineup that includes a highly-anticipated appearance from Avicii, as well as other bigger EDM acts like Martin Garrix, Nicky Romero, Tchami, Above & Beyond, Laidback Luke and too many more to list. Then, Sunday will close out the festival with a total of 11 stages of dance music. Depending on who you ask, some ravers might say that Creamfields apparently saved the best for last with a colossal lineup. Performances by Calvin Harris, Annie Mac, Tiesto, Eric Prydz, Fatboy Slim, and Oliver Heldens have certainly added to the hype for this year!

Check out the full lineups below! Creamfields has established itself as a well-respected international dance event after it’s inaugural year in 1998. Since then, the festival has won the UK Festival Award for Best Dance Event numerous times. And, if you’re interested in going, be sure to grab tickets here, they do offer camping. They also have travel packages via Big Green Coach and payment plans available as well! 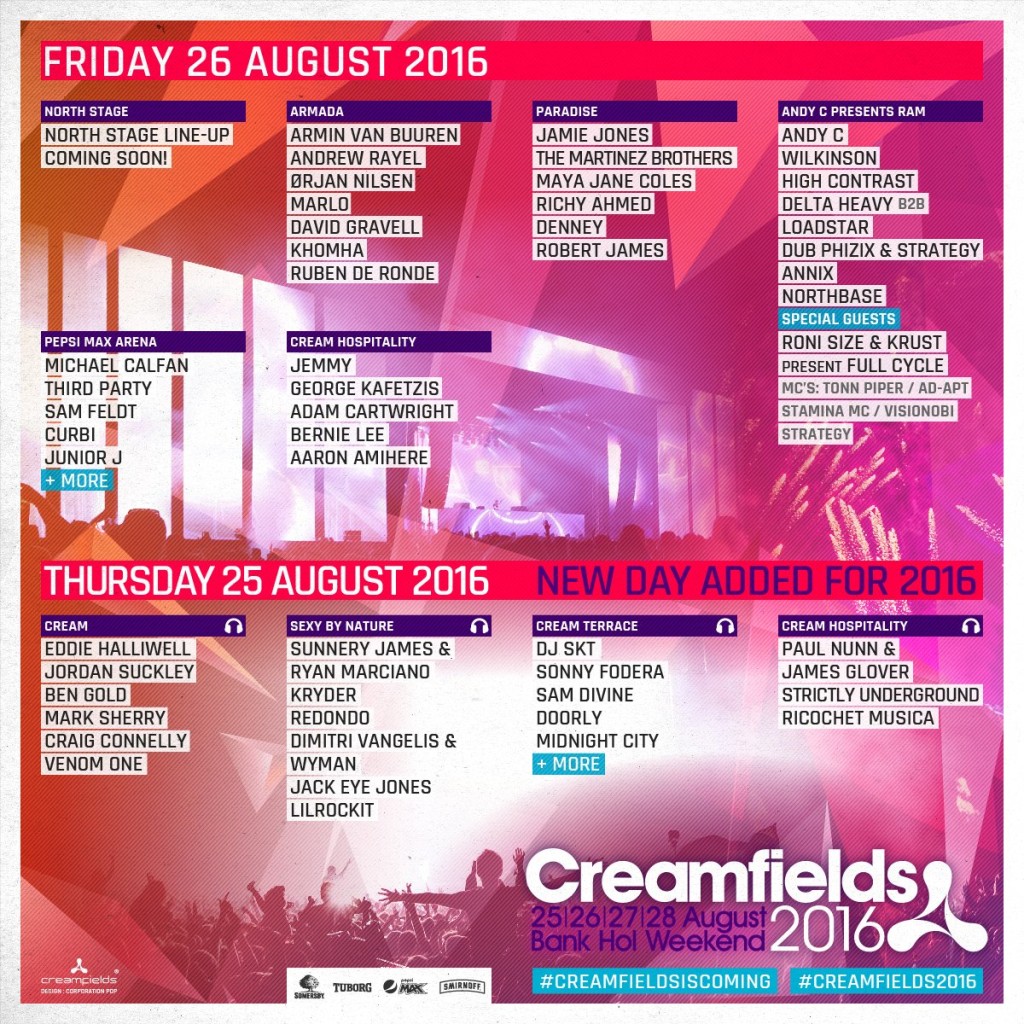 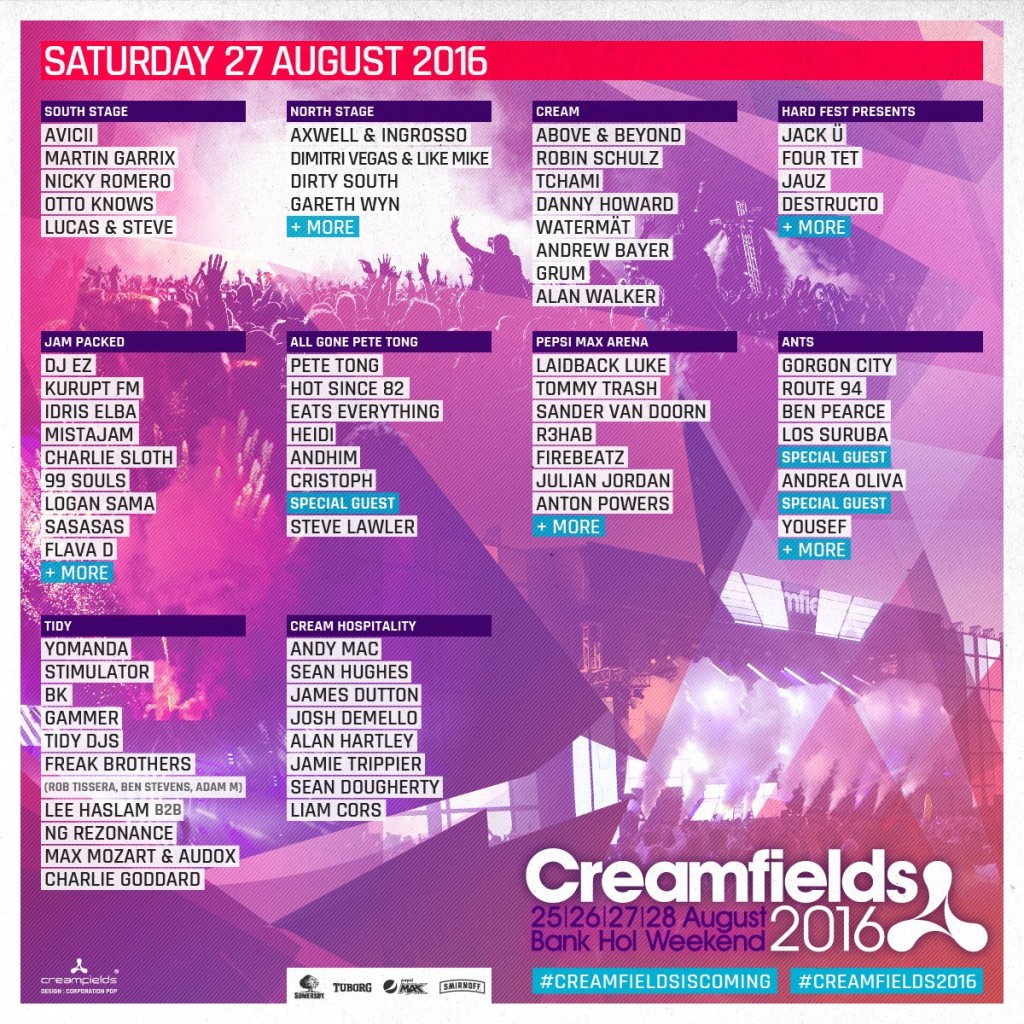 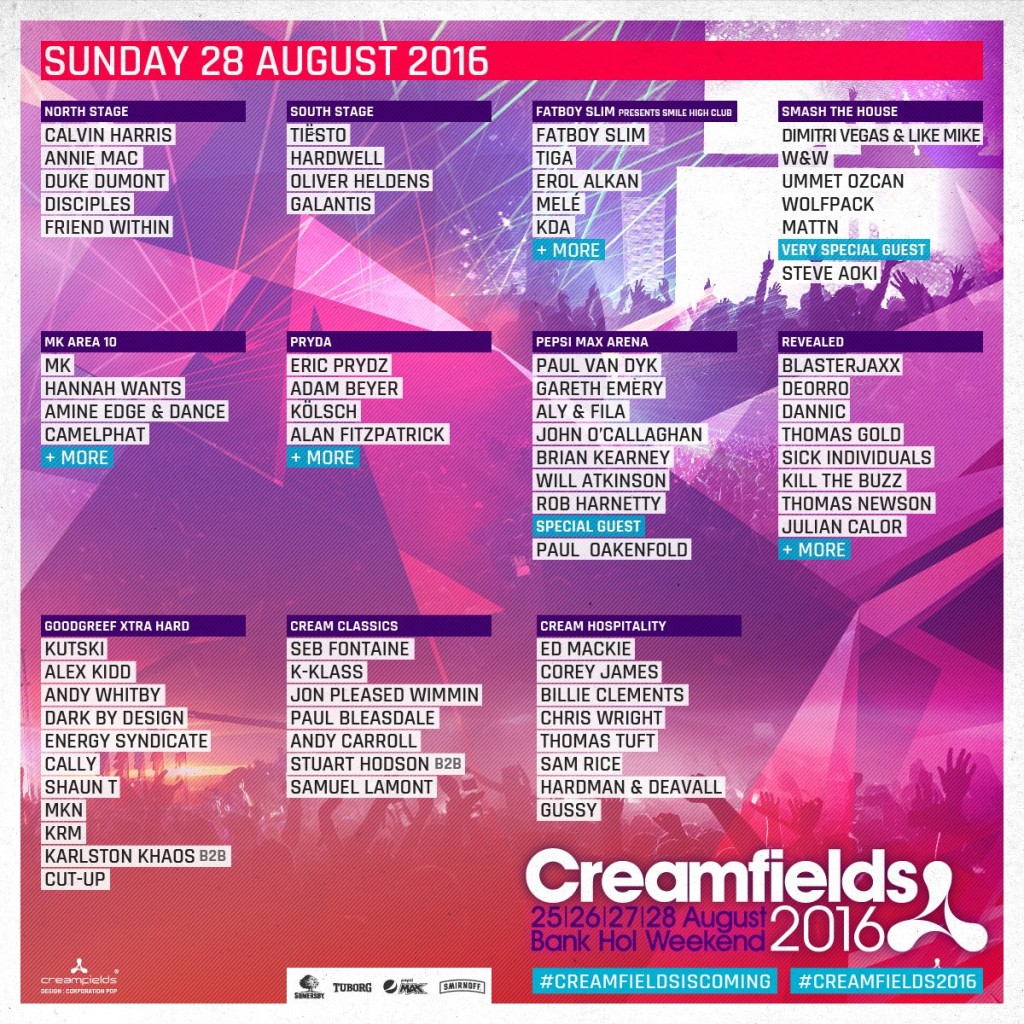