CRSSD Festival San Diego Announces Official After Parties, Including A Boat Party Till 4AM

We’re just a few short weeks away from the first ever CRSSD Festival in San Diego. The festival is the first of it’s kind and is one of the most anticipated events of the year. Featuring an stellar lineup of house and techno artists, CRSSD Festival will be one of the first 21+ events at San Diego’s Waterfront Park. The two day event kicks off on March 14th starting at 12PM and ending at 11PM.

So what do you after the festival ends? Well, you’re going to have a ton of choices to choose from. One of the benefits of having an event end at midnight is the ample amount of time you’ll still have to party. CRSSD Festival has announced some of the official parties, which are guaranteed to keep you busy all night and all weekend long.

This weekend is going to be packed with some of the biggest names in dance music, including James Murphy who will be spinning at BANG BANG on Friday the night before the festival. Pete Tong invites you to his very own after party on a boat with the incredible Thomas Jack till 4AM on Saturday night. You heard correct: Pete Tong. On a boat. Till 4AM. Tickets are available here. If boats aren’t your thing, you can also catch the one and only Damian Lazarus at BANG BANG on Saturday night.

That’s just a taste of some of the epic after parties CRSSD Festival is bringing you. To check out the full list of after parties, click here.

We honestly could not think of a better way to kick off festival season. Get ready to groove and dance the night away when CRSSD Festival makes it’s debut in just 12 days. Don’t miss out, grab your tickets today. 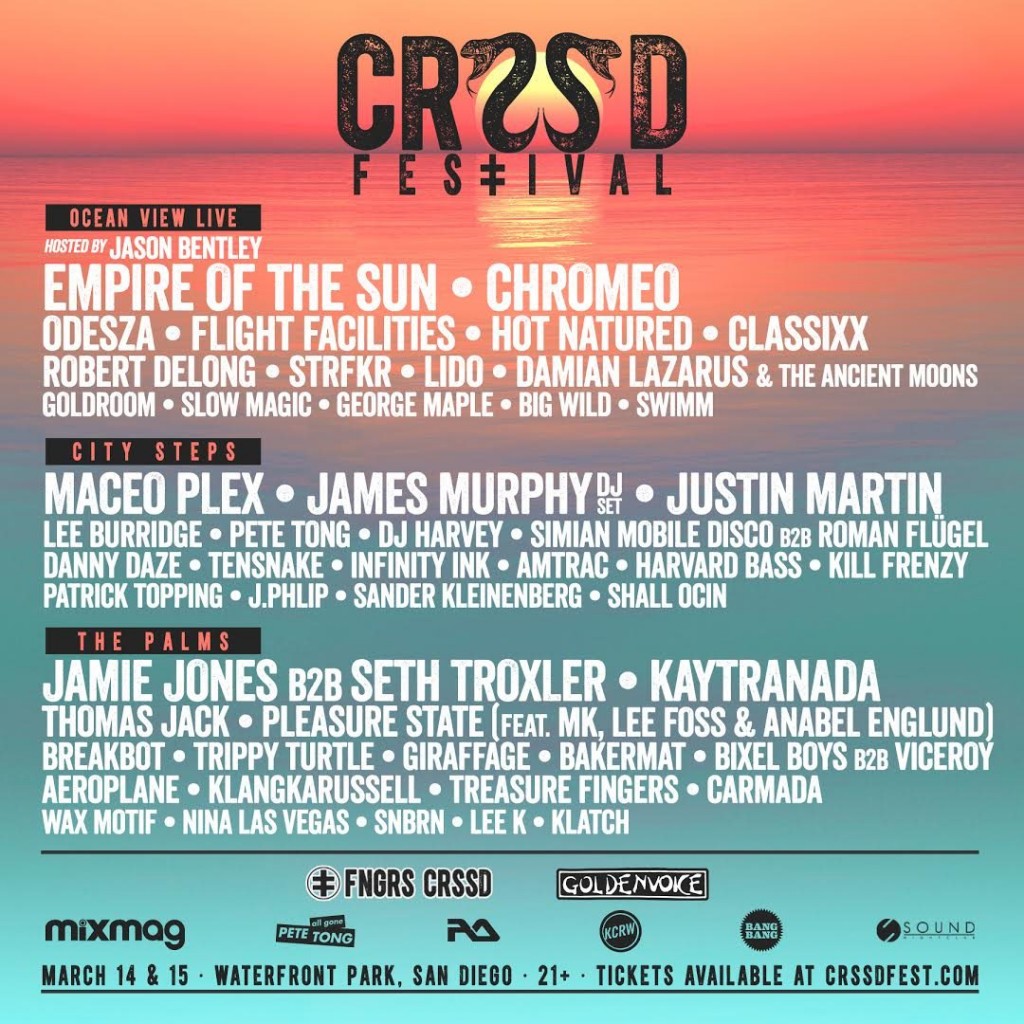