The public health nonprofit, DanceSafe, just released a new drug testing kit that can reliably identify cocaine and ketamine, two common illicit substances. The kit itself is very easy to use as well.

It comes with two bottles of different liquids, which together are known as “Morris reagent”. To run the test simply put a drop of both liquids on a small amount of the drug and stir the mixture for 20-30 seconds. The mixture will then change color, and the color will determine the contents of the drug. See full instructions below.

“This is a game changer,” says Mitchell Gomez, DanceSafe’s Executive Director. “The cocaine and ketamine markets are highly adulterated, and this new test kit can help consumers avoid many of the counterfeit powders.”

Counterfeit powders such as fentanyl are becoming a growing problem around the country. Recently, three people died in Denver after consuming cocaine laced with fentanyl. DanceSafe includes fentanyl test strips in their cocaine testing kit to specifically ensure it can be identified and avoided.

For more information on the Morris reagent and other DanceSafe testing kits, head to their official website. 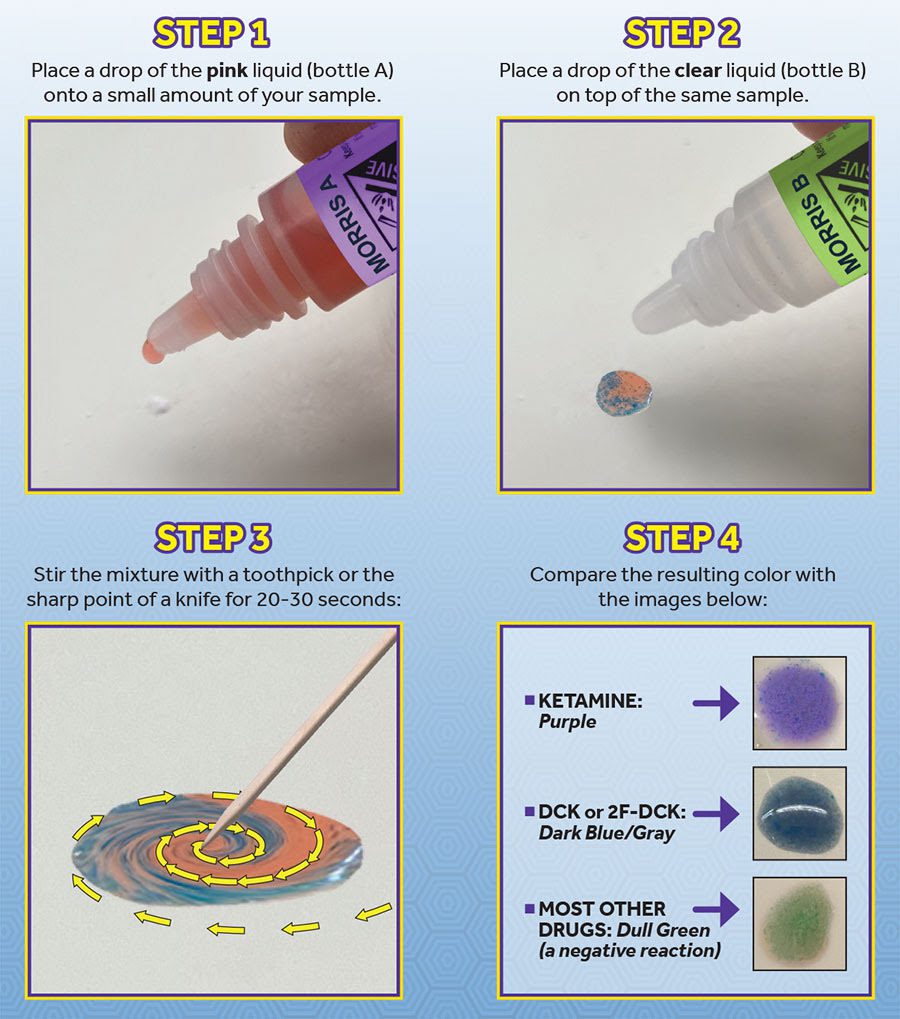 deadmau5 Shares Epic Lineup For Day Of The deadmau5 Miami