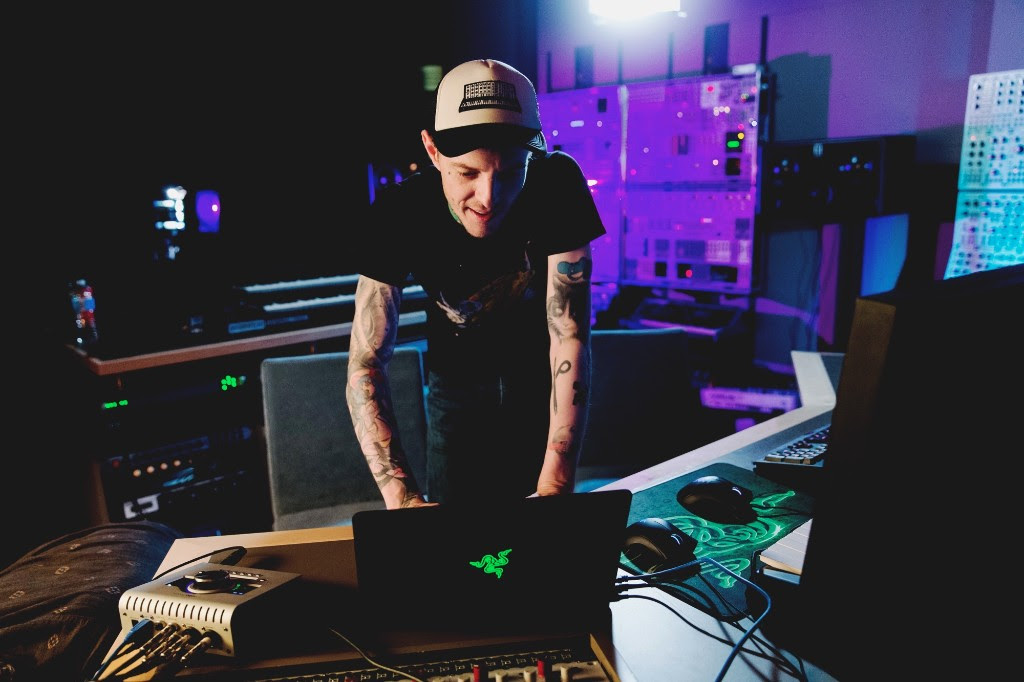 “I’m fucking done!” exclaims Deadmau5 in the intro to an exclusive video tour debut of his long-waited state-of-the-art studio in Toronto.

For the past year, fans and followers of the DJ and producer have been wondering about the progress on the creation he’s been bragging about. Now, via Razer Music, Deadmau5 is unveiling his custom-built “mau5 den” in an exclusive studio tour with him and his longtime friend and founder of Serum, Steve Duda. Featuring a Razer Blade Stealth Ultrabook, an ATC monitoring system, and a huge selection of analog synths and hardware racks, the mau5’s new studio is one music producers and studio engineers around the world are sure to envy. “It’s really just a matter of preference, it’s not a necessity. It’s not gonna make you sound better, or worse,” Deadmau5 reminds viewers as he explains how much he’s included in the new addition to his home.

In addition to the reveal of his new studio, Deadmau5 also debuted his first music production tutorial video with Razer Music. Joined by Steve Duda, Deadmau5 offers an inside look at how he “structures and layers intricate melodies, builds drum patterns, and crafts his signature sound.” If you’re interested in learning more about melodic structuring, or just checking out the tutorial, check it out below: