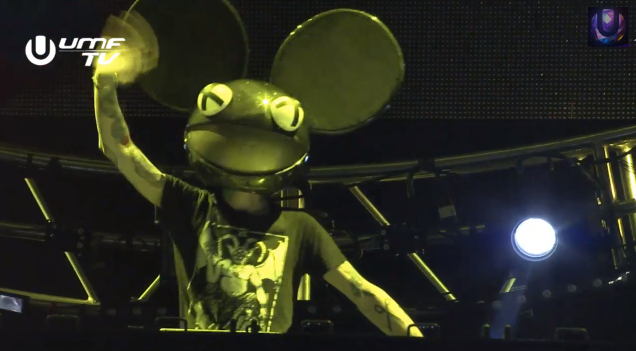 Deadmau5 is always up to something! On day 2 of Ultra Music Festival, deadmau5 (who’s filling in for Avicii) took a soft jab at Martin Garrix who’s known for his single “Animals.” Deadmau5 had been tweeting all day that he’s been up to something, so when he dropped a remix version of Animals (the drop was the tune from ‘Old McDonald Had a Farm’.), let’s just say the crowd got a good kick. During his set deadmau5 also paid tribute to Avicii by playing a “Levels” mashup.

Here’s the “Animals” remix he dropped:

And here it as it happened: