With its 11th edition coming later this year, We Are Friends (WAF) has been a music series dedicated to new talent from mau5trap since it began in 2012. In celebration of the incredible milestone, the mau5trap family is headed on its first-ever branded tour: deadmau5 presents We Are Friends. Headlined by the boss himself, NERO will support all shows with Kasablanca, Lamorn, Bensley, BlackGummy, EDDIE, HNTR, LUPA, Morgin Madison, and No Mana joining on select dates.

The tour starts July 15 at The Met in Philadelphia before heading across the country through December with stops in Washington, D.C., Detroit, Buffalo, Chicago, San Francisco, and iconic venues such as The Gorge in Washington and Red Rocks Amphitheatre in Colorado. More dates will be announced in the coming weeks. Tickets go on sale this Thursday, April 28 at 10:00am local time at livenation.com.

The tour is partnering with Fandiem to get fans to give back in support of The American Society for the Prevention of Cruelty to Animals (ASPCA). Fans can donate at the time of ticket purchase, in person across all tour stops, and online at https://fandiem.com/sweeps/deadmau5. Fans (21+ only) are automatically entered for a chance to win:

deadmau5 is also launching a new NFT with MakersPlace on April 26. The ‘1 of 1’ piece is part of a series of seven 1 of 1’s, with each owner getting guestlist access to every single show on the tour. You can see the full collection by clicking here. They will also set aside a limited number of guest list spots for holders of his head5 collection. All attendees will receive an NFT badge in honor of the tour.

The tour is also offering a limited number of experiential add-ons for each city. Packages include things like a meet & greet with deadmau5, photo opportunity, early entry, merch bundle, and more. WAF Tour Experience packages are available for purchase only at www.mau5hop.com.

Be on the lookout for more tour announcements and let us know which show we’ll see you at. 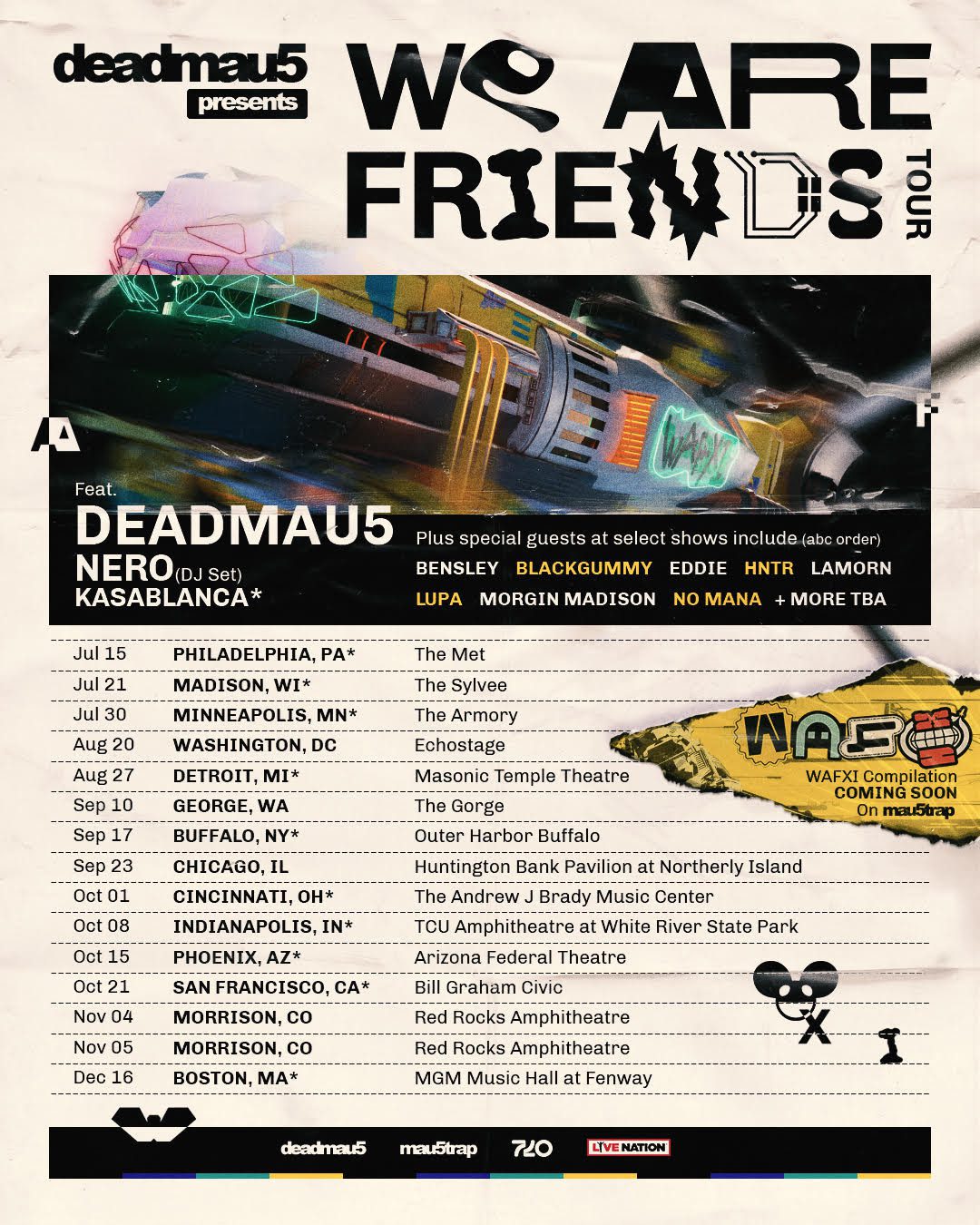