In a world where large cities are now fully accustomed to outdoor events, Decibel Open Air is set to return in full-force along with a stellar lineup. Taking place in the heart of Italy in the historic city of Florence, Decibel Open Air is a beloved festival for both Italians and electronic music fans around the world. After a devastating start to the year for Italy due to coronavirus, the country is now ready for a comeback for live music events.

Decibel Open Air has confirmed dates for September 11th and 12th, 2021. The two-day festival takes place in the Visarno Arena, a large outdoor multi-purpose arena in the center of the bustling city. The festival originally debuted in 2018 with major headliners including Carl Cox and Nina Kraviz. This will be the third official season for Decibel Open Air, and once again curators have already begun securing world-class artists to take the stage.

Thus far, only half of the headliners have been confirmed with both local and international artists, including several techno and underground superstars. The lineup list includes Paul Kalkbrenner, Amelie Lens, Kölsch, Richie Hawtin, Ben Klock, Michael Bibi, ANNA, Fisher, and more. Tickets are currently on sale now, including options that include a hotel stay for the weekend. Stay tuned for more as the rest of the lineup is released and get ready to party under the Tuscan sun! 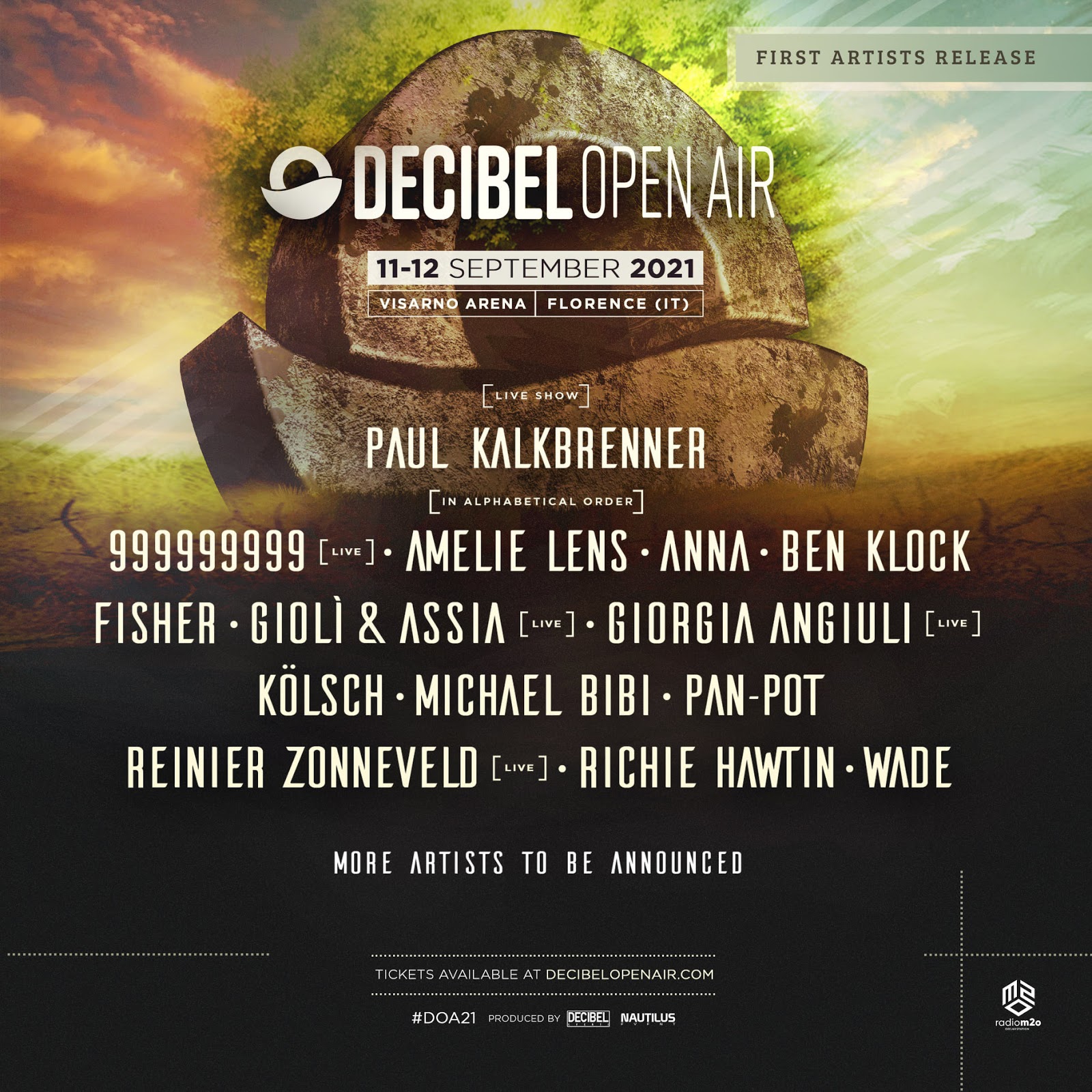