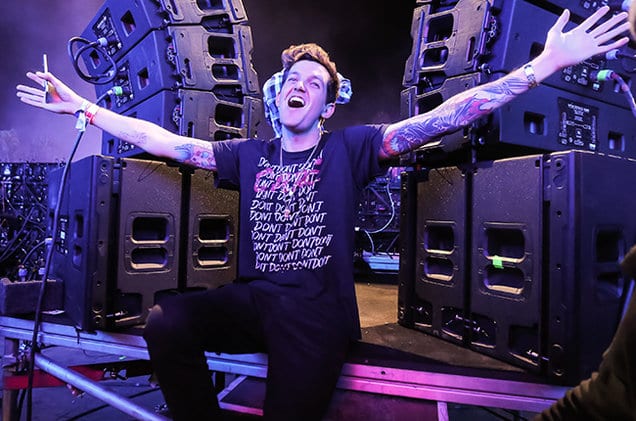 You know that feeling when you’re so proud of what you accomplished that you have to share it with the world? Clearly Dillon Francis does, as he took the opportunity to do so this week by teasing fans with a bit of an unreleased collaboration via Snapchat. He’s been working on the trap track, titled “Titties Bounce,” with Miami duo GTA. The guys have been working hard in the studio and wanted to remind fans of what’s to come. Of course, in his always-outrageous way, the “Money Sucks, Friends Rule” musician can be seen spread eagle, flailing his legs to the beat as Julio of GTA delivers the drop. One of the most recognizable faces of EDM, Francis has developed a reputation for his sense of humor on social media.

While there’s no idea of when they’ll officially release the full-length work, we suspect there will be much more to follow from the artists. Recently, GTA released their collaboration with Rich The Kid, “My Mamacita.” While Dillon lately has been teasing several remixes and upcoming originals. Check out the 2 “Titties Bounce” previews the producers offered to their Snapchat followers this week: