Diplo, the EDM artist known for his boundless creativity and releases, just joined the lineup for Stagecoach, adding country music to his repertoire.

Diplo has collaborated with a laundry list of different artists from all genres including Lil Yachty, Damian Lazarus, Seth Troxler, Aluna, and Paul Woolford. Yet, not many know he also released a country album entitled Diplo Presents Thomas Wesley: Snake Oil in 2020.

So when the Stagecoach lineup dropped earlier today, dance music fans were shocked to see the celebrated producer listed alongside artists like Luke Bryan and Chris Stapleton. There is also a feature called “Diplo’s HonkyTonk” in the undercard that seems intriguing to both country music and EDM fans alike.

Stagecoach is a fully country music festival held right after two weekends of Coachella at the same venue in Indio, California. In 2023, it will be held from April 28-30.

Not much can be said of what Diplo will bring to the country event, but it could indicate either a new genre venture for the producer/DJ or an integration of dance music into yet another form of pop culture.

At the last Stagecoach in 2019, Diplo played a surprise set following the headlining set from the country idol, Jason Aldean. Now he is back with his own slot. Listen back to his 2019 set to get an idea of what he might play this coming April.

View the full Stagecoach lineup below and tickets go on sale Friday, September 16 at 10AM PST here. 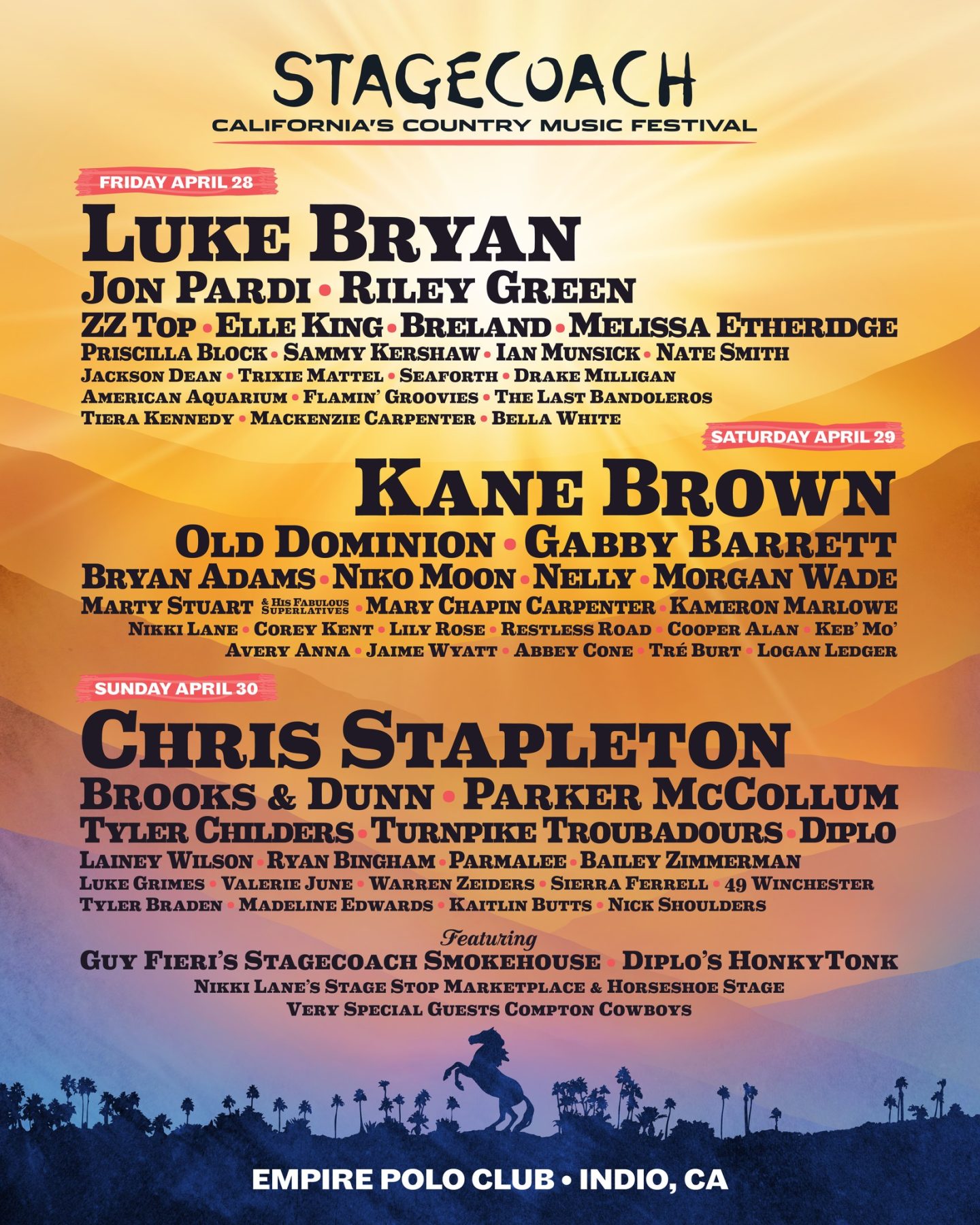