Disco fever is taking over Downtown LA with a brand-new event entitled Disco Trip. Brought to you by Insomniac’s house music arm, Day Trip, Disco Trip 2022 will have ravers boogying all night to some of the top names in disco and disco-house.

Headliners Purple Disco Machine and Jayda G are not to miss, having both recently performed at Coachella. Derrick Carter Does Disco —clearly, a disco-focused set from the Chicago legend— and a live set by Crystal Waters will also be an incredible performance. Crystal Waters is known for her viral song “Gypsy Woman (She’s Homeless)”, with over 68 million plays on Spotify. Check out the full lineup below.

Disco Trip 2022 will be held on November 5 at Grand Park in Downtown LA and tickets go on sale Friday, July 1 at 12 PM PST. Get them here. 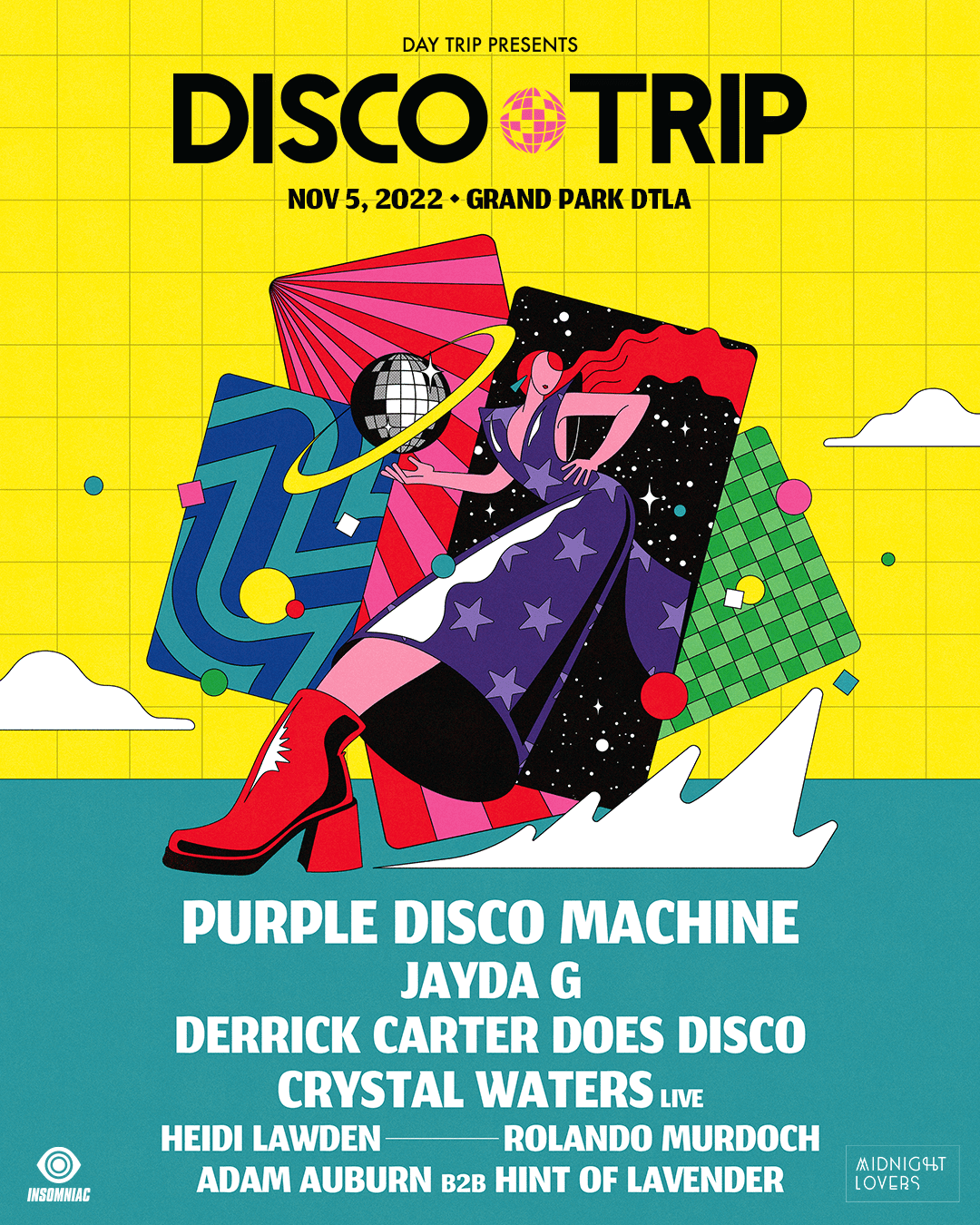 All images from Disco Trip