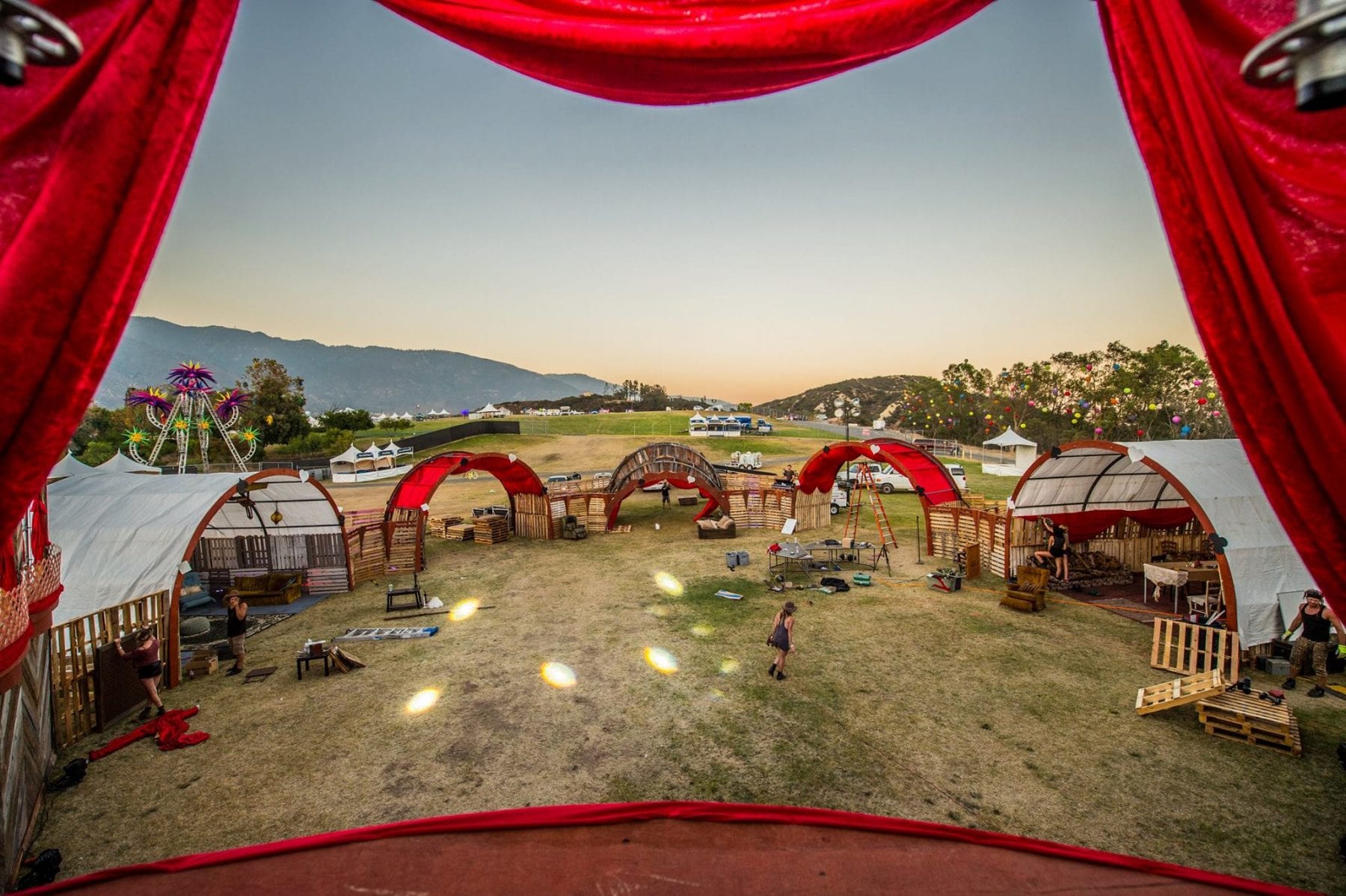 Nocturnal Wonderland: The longest running dance music festival makes its grand return to the San Manuel Amphitheater in San Bernardino, CA for a magnificent two day event set to take you on a whirlwind musical adventure. After facing some controversy last year as to whether the event would be relocated out of California, Insomniac held a poll to have the audience voices be heard. Ultimately, the decision was made that the festival would stay in its home state. At its 19th edition, expect nothing but pure breathtaking views from the San Manuel Amphitheater grounds as well as the multi-themed stages that will showcase some of the most sought out melodies from the world’s most renowned DJs.

Camping opened Thursday – and we bet campers had a great time last night. Today they can enjoy the swimming pool and waterpark before the festival gates open.

In true Insomniac style, the grounds will be layered with roaming theatrical creatures from the darker sides of Wonderland and majestic art installations fit to the night’s theme. Returning once again this year is the camping grounds adjacent to the festival for the few that want to maximize their festival experience. Outlined with a variety of activities from swimming, water slides, fishing to a silent disco (carrying on till 6am) Insomniac has gone out of their way to make the camping community feel right at home with minimal hassle.

On the agenda today, some big names like 3LAU, Martin Garrix, Deniz Koyu, Tritonal and many more. Two can’t miss acts that we also should mention are Mat Zo’s Trance throwback set, aside from his highly anticipated set already scheduled to take place on the first night of Nocturnal Wonderland, and a back to back set from none other than Will Sparks, Joel Fletcher, and Timmy Trumpet; a triple threat of sorts.

Our advice: get there early to avoid traffic and long lines. Be sure to wear sunblock too as it will be very toasty this weekend. Also, don’t forget to stay hydrated. The darker side of Wonderland will soon take over the night, and get ready for an adventure down the rabbit hole unlike any you’ve experienced before.