Duke Dumont will perform two of his biggest live solo shows in L.A. as a result of overwhelming demand.

Duke Dumont has added a second headlining date to his L.A. shows because of the overwhelming demand for his first rescheduled date on September 10 which has now sold out. As a result, Dumont has added a second performance which will take place on Saturday, September 11 (the day after his first L.A. show.) Both live shows will take place at the Shrine Expo Hall in Los Angeles and the second show will feature special guest Hayden James and other unannounced acts who will be revealed closer to the show.

Duke Dumont’s live shows will be celebrating the release of his 2020 album, ‘Duality.’ The album has already achieved over 1 billion streams globally which will be showcased by Duke Dumont’s own production and vocal features during his performances at Shrine Expo Hall.

Tickets for Dumont’s second live show will be available Friday, April 16 at 10:00 AM PST. 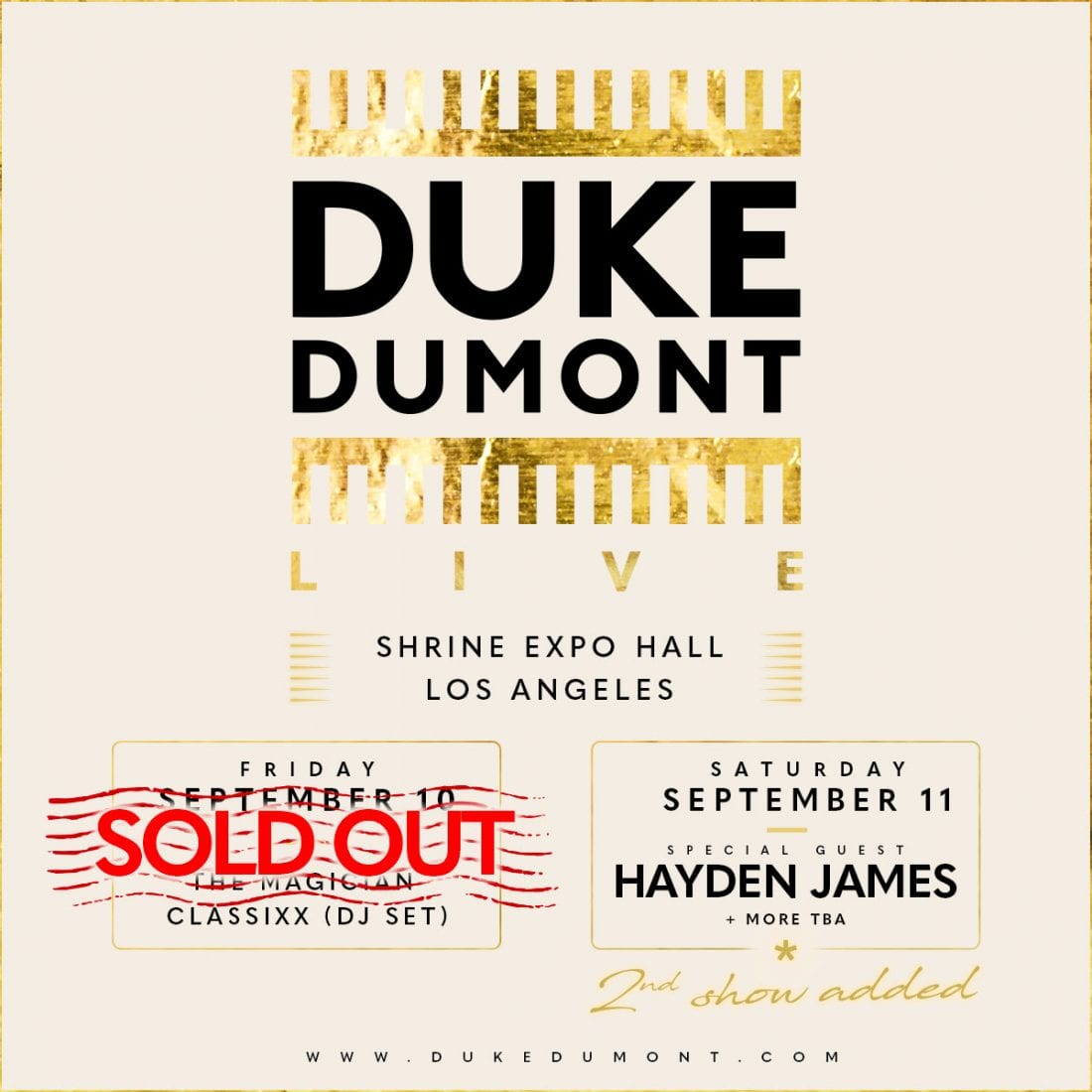 New York City To Name Statue Or Street After DMX