Reflections From The Speedway: Your EDC Las Vegas Stories

Last year following EDC 2014, we reached out to all of you to hear from you about your EDC Las Vegas experience. We got so many stories that unfortunately we weren’t able to publish all of them. From stories of optimism and hope, to stories of sadness and remembrance, these are YOUR #EDCLV stories that we hope will be both inspirational and heartfelt.

We thank you all for sharing your stories with us and hope to see you under the electric sky this June!

I got my rave name at EDC.

It was Day 3 of EDC, We came across This group of guys under the “Tympani Lambada” art installation, it was 3 guys, I only remember one of their names, Nadii. Anyways, after meeting and trading some kandi Nadii asked me for my rave name! I told him that I don’t really have one, everyone just calls me “Big Chris”… I had my Indian Headdress on, and he asked me if I was willing to rock a headdress for every event from now on… Not Realty! Lol… I like the look, but I just wouldn’t do it all the time! Haha… Then he said, PULSE! That’s your Rave Name! He turned my hand around and showed me my tattoo and  said something I hadn’t realized, “This Tatt shows me that Music Runs Through your veins, and your heart beats to the sound of the bass! From Now On, You Are the Pulse Of The Music!” That’s a memory I’ll never forget, and Hands Down, the Best memory of EDC! I Got A Rave Name Now! “PULSE”. It’s perfect because with me being a first responder I’m always looking out for my friends to see that they’re Ok, I check their temperature, breathing, And their Pulse, specially if they’ve been under the influence.

It really is all about the experience.

I began raving as soon as I turned 18 in March of 2013. Dada Life was my very first show and it absolutely changed my life. I feel in love with the people, lights, and of course, the music. I felt an overwhelming force of energy flowing through my veins and a desire and craving for more. I became hooked and wanted to share my love of edm with everyone. Over 2013, I decided that EDC 2014 was a MUST! However, I never truly expected just how amazing it was actually going to be.

Since the beginning, I had used mdma. Mdma was truly an incredible drug and I had never really experienced a negative experience with it. However too much of anything can end up being harmful. I used all the way through Coachella 2014 and that’s when I finally had a bad experience. I felt my throat dry up, heart race, hands and feet tingle with numbness, and ultimately my body was sent into a rave of panic. I rushed to the medical tent where I believed myself to be dying or overdosing. Ultimately I was just having a panic attack, but it still seemed to scare me off of the drugs for a while. I decided to not do any drugs leading up to EDC which was 2 months after Coachella. Still, I was incredibly nervous for EDC because I had never really experienced a rave sober before and I am normally extremely apprehensive to large crowds.

Another issue, is that all of my friends are still very into molly. I was scared that they would slightly judge me if I chose to not partake in the drug use.

Finally, it was time for EDC! I was stoked and super excited, but also super nervous that I had no idea what was about to happen or if I was going to take drugs or not. EDC ended up being one of the best and most inspirational events I have ever been to. I realized once I was there, that I didn’t even need the drugs. The spirits of everyone around me lifted me higher. Not to mention, all of the scenery and the beautifully crafted stages amazed me and I never once felt bored. Ultimately, the drugs make for a more foggy experience and I feel so fortunate that I was able to experience EDC without drugs. I only hope that everyone could love and enjoy edc as much as I did. 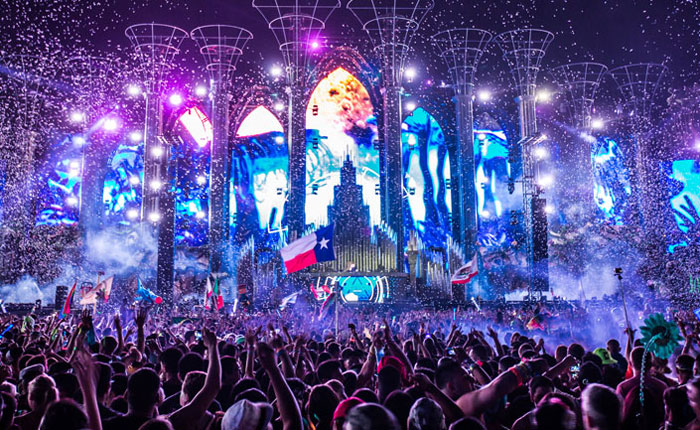 Everyone to the rescue.

It wasn’t anything super dramatic. I watched a guy just pass out and fall stiff as a board backwards and smack his head the ground and at least 10 people saw and called for help the second it happened. So I thought it was cool how quick people reacted to him and what happened. Which needs to happen more I think 🙂   he was walked over to the med tent right after n turned out ok.

First of all I just wanted to preface the story with a few things. I went to EDCLV last year and I had a great time. This year I decided to go by myself and it was the best decision I could have made. There were so many awesome people who let me hang out with their group, checked on me when I was sitting alone, and traded kandi with me.

On the last day I went to sit in the grass for a minute. I had gotten up and walked away and not realized I forgot to put my wallet back in my fanny pack. By the time I had realized it was gone it had been a minute or two. As soon as I realized it was gone I immediately went back to the spot I lost it. It wasn’t there. I looked everywhere for several minutes and nothing. I immediately started to panic but knew I had to keep trying to find it. I asked several festival workers for help locating the lost and found and they were all very helpful. I was able to locate the lost and found and told them my name and what had happened. They told me nothing had been turned in, but to check back. I went back to the place I had lost it once more just to be sure. One of the festival workers helped me look and even asked people to help look by where they were sitting. It still was no where to be found. I waited a little while longer and went back to lost and found to check if anyone had turned it in. I told them my name and asked if there were any updates. One of the men in the lost and found handed a wallet to the man at the window. IT WAS MY WALLET!! Someone had turned it in. I couldn’t believe it. Out of 400000 people someone returned my wallet. Everything was still in there…my credit card, room key, money, ticket and ID. I was so overwhelmed with happiness that I started to cry. I have never been so relieved and grateful in my whole life. On top of it all when I was crying a woman came up to me and asked if I was okay. I told her what had just happened and she hugged me and sat with me while I cried.

I wish I could tell everyone this story. There are so many skeptics and haters of the EDM scene, but where else would this many people gather together and something like this happens…only EDC 🙂

I am still in shock that the whole thing even happened. PLUR is real and I am so happy I got to be a part of such and amazing experience and share in such good vibes!!! <3

I’m enlisted in the US Army.

This was my first EDC LV, and potentially last for awhile. See I’m enlisted in the US Army and I ship to OSUT in September this year. Anyway I left my entire rave family in Florida and went solo. Didn’t drink or do any drugs. Still had an amazing time. I had bought a GA ticket however after first night I made friends with a guy that works for insomniac. He ended up giving me an artist guest pass for 2nd and 3rd day. So I got expedited security screening, priority access through the tunnel, and backstage access. 2nd day had to be my favorite because I was hanging out backstage at cosmic meadow when Yasmine and Jahan Yousaf of Krewella came over. I got pictures with them and I was honestly the happiest I’ve ever been. Hands down best music festival I’ve ever been to. PLUR.

The following story is real, and are condolences are with his friends and family.

I had an amazing weekend at EDC but I  unfortunately have a sad story. Leaving shortly after Aoki’s set Friday night/ Saturday morning,  me and my boyfriend were walking through the parking lot to our car when all of a sudden a guy asks us if we have service to call 911. He was holding ******.  We instantly call 911 and stick around to help. My boyfriend and the other guy were talking to ****** trying to keep him conscience talking to him telling him he was gonna be ok. Unfortunately security, cops, paramedics didn’t had no sense of urgency. They took forever to get there. And when they did they took their slow ass time getting anything going to help him. I watched ****** life slip away from him. And I watched this young man die. It pisses me off that they took their sweet time about helping him at all. I’ll never forget that moment. And when I rave I’ll always remember ****. Didn’t know him personally but I cried for him. I prayed and I’m not even religious. My thoughts are with his family always

Well EDCLV 2014 was my very first EDC/rave ever and maaaaaan……….it was SOOOOOO DOPE. It was amazing. All the good vibes that people were giving, everyone looking out for each other when they looked either tired or dehydrated and just getting to meet people from all around the world like England, Germany, New Zealand, Australia, Mexico, etc. I loved the fact that once I started a convo with someone and it was probably like their 2nd, 3rd or 4th EDC they’ve attented and I told them it was my first, they jumped up with joy, gave me a hug, traded kandi with me, and just had biggest smile on their face. And every single time I meet someone new, the last thing the convo would end with was “hope you have a great night, have fun, stay hydrated and be safe.” The one thing that I witnessed that weekend and EDC that was probably the most amazing and beautiful thing ever was during Dillon Francis set. A girl that was in a wheelchair right in the middle of the crowd got lifted up by a group of people (who probably didn’t know each other) and gave her the time of her life. The look that she had on her face was priceless and she just started raging and having the time of her life. Luckily, I was able to capture that moment in a picture but that moment showed me what this “EDM scene” is all about. And it’s all about Peace Love Unity and Respect. Now, I’m just patiently waiting and counting down for EDCLV 2015!

10 Acts That Brought the Thunder to Lightning In A Bottle