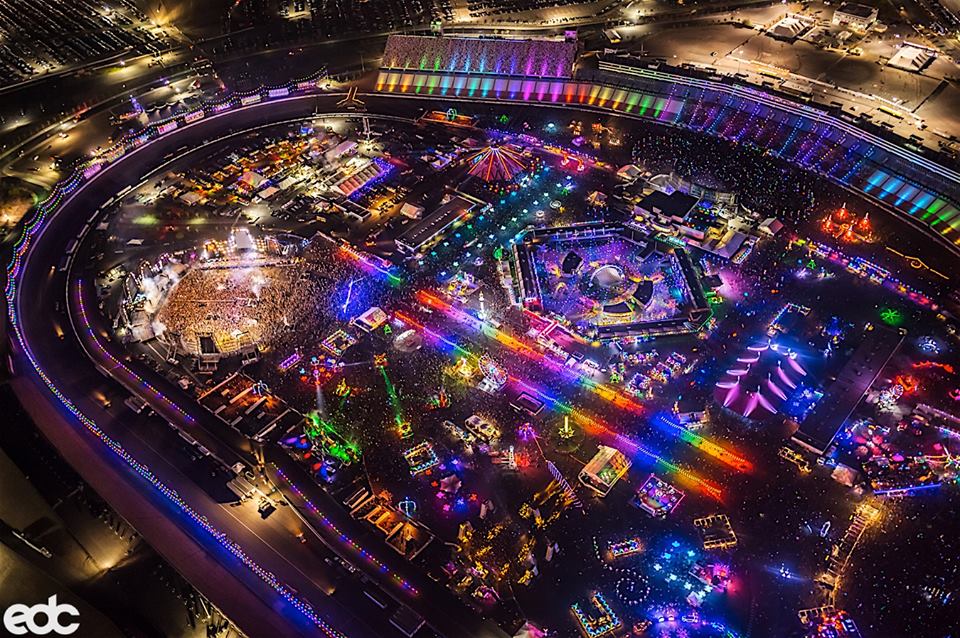 Insomniac today announced EDC Las Vegas 2018 will return to the Las Vegas Motor Speedway in 2018 with some exciting new additions. The big one of course, is the date change! For the first time ever, Insomniac’s annual desert spectacle will take place in May, instead of June.

Insomniac also announced a ton of new additions to the festival, including camping for the first time ever, according to the official announcement on YouTube.

“With new festival hours, new stage designs, opening ceremonies on the cosmicMEADOW lawn each day, and cooler weather to enjoy, EDC Las Vegas 2018 is sure to be a magical weekend you won’t want to miss.”

Here’s an announcement from Pasquale Rotella, founder of Insomniac:

Here’s the big news! After a lot of energy, passion and hard work, I want to personally present to you EDC Las Vegas 2018. New hours, new stages, and new dates (May 18–20) with better weather and camping! That’s right—campsites, RVs, sound camps, and more—for the first time ever at EDC Las Vegas. Wake up and walk in.

Over the past 10 years, average high temps on this weekend in May have been 90, and the lows have been 64. This means we can extend our hours and create an opening ceremony on the cosmicMEADOW lawn, featuring extended sets from different artists each day. One stage, one vibe—all before the rest of the experience turns on. Not only will it give people a chance to vibe out before sunset, but the early arrivals will help the flow in and out of the Speedway.

Shuttle operations will be handed over to an independent company that specializes in the largest music and sporting events in the country. This is what they do, and they do it better than anyone else, year over year. Also new for 2018, construction in the immediate area of the Speedway will finally be complete. In 2017, we had just two lanes. EDC Las Vegas 2018 will have three lanes plus pull-offs. There will be traffic in and out of the festival, but if you want a one-and-done journey to the Speedway, just camp out.

We’ll be rolling out more details in the coming weeks, and I’ll be personally answering your questions live on my Instagram. Tickets and camping passes go on sale at the end of September, but hotels are available now on our website with no markup.

EDC Las Vegas 2018 is going to be an amazing new adventure, and I can’t wait to see you there!

Tickets and camping passes go on sale Thursday, September 28, at noon PT. Full details can be found at www.edclasvegas.com.