For those unable to attend this weekend’s festival, Insomniac and LiveXLive have announced the official EDC Las Vegas 2018 live stream.

According to an Insomniac press release:

“For the fifth year, Insomniac will be live streaming the three-day event, which will also include a live look-in to the first ever Camp EDC. Hosted by LiveXLive, a global digital media company dedicated to music and live entertainment, the livestream will broadcast daily, May 18 – 20, from 9 p.m. to 5:30 a.m. PT, as Insomniac brings EDC Las Vegas’ larger than life experience into the homes of fans around the world, allowing them the chance to catch live sets by their favorite DJs, marvel at the interactive art pieces that dot the festival grounds, and take in all the theatrical performers, carnival rides, and unique fans that make EDC such a singular experience.”

Live sets will be announced on each day of the show. You can watch live at tv.insomniac.com. In addition, you can stream it worldwide on www.livexlive.com as well as the LiveXLive apps for iOS, Android, Roku, Amazon Fire TV and Apple TV. 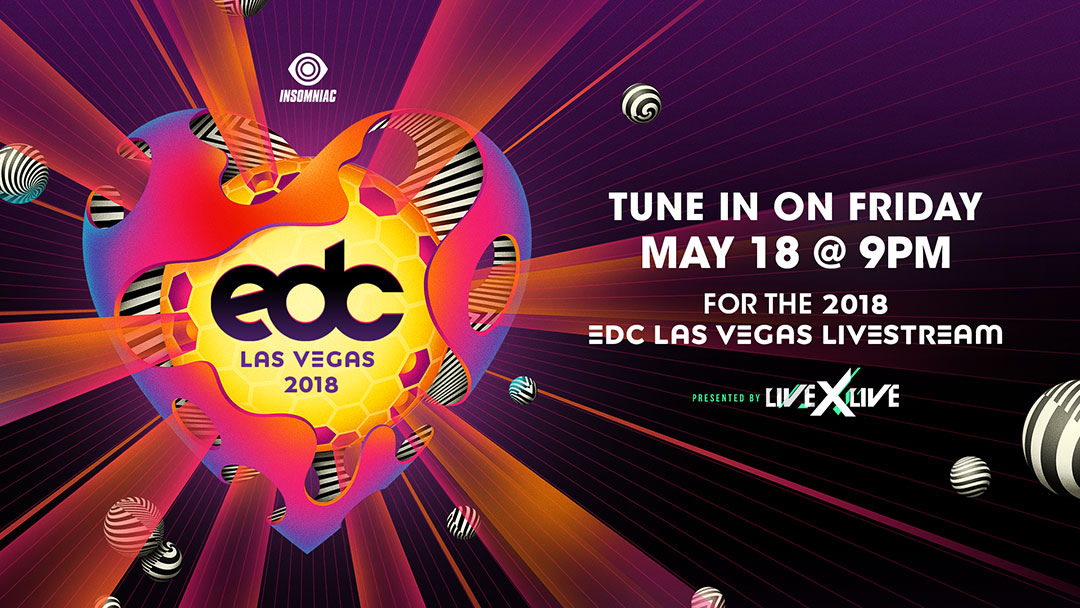 8 Ways Raving Has Helped Me Cope With My Mental Illnesses